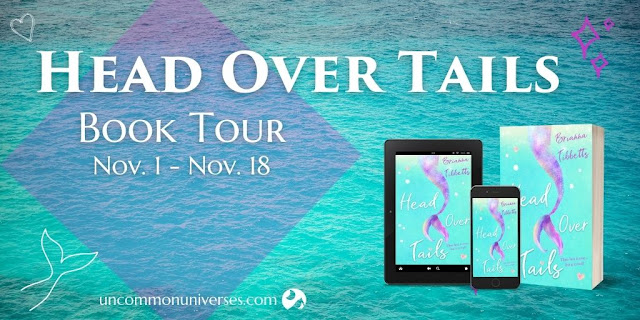 We are thrilled to welcome Brianna Tibbetts to Lands Uncharted today as part of the blog tour celebrating her upcoming new release, Head Over Tails! I'll share more about the book and other stops on the tour below, but first, I'll let Brianna share about the theme of forgiveness in her story.

How Forgiveness Heals Even Books!
From the very first draft of Head Over Tails, the character of Jacob had a strong relationship with his father. In the majority of the early drafts, if Jacob’s mother was mentioned at all, it was implied the two didn’t speak. The longer I worked on the story, the more detailed the rift between Jacob and his mother grew. Eventually, I could tell you all of the reasons Jacob was mad at her, all the reasons she’d made the choices she had, and exactly how Jacob’s father felt about all of it.

Despite this, Jacob’s mother wasn’t actually in the book. As recently as 2019, Meredith Pearson was a fully formed character I knew almost everything about, and yet she’d never stepped onto the actual pages of the story. That summer, I had an epiphany about the structure of the book. I was going to rewrite the whole thing. Again.

As I started to plan that rewrite, I realized something important was missing. Jacob’s character arc involved a lot of self-reflection. In order for the changes in his worldview to feel believable by the end of the book, he was going to have to confront all of his issues, not just the most plot relevant ones. And that meant it was time for Meredith to finally show up.

Jacob’s journey to forgive his mother, and in return being forgiven by her, was the lynchpin to his arc. Once Meredith was an actual piece of the narrative, every other part of Jacob’s development was more believable. Until that rewrite, I hadn’t understood that she was such a necessary piece of the story Head Over Tails was telling.

Choosing to forgive is difficult, but powerful. As soon as I added Jacob’s reconciliation with his mother into the book, his arc was so much stronger. The journey I’d had him on hadn’t started at chapter one. Instead, it had begun a year earlier, during a shouting match with his mother. Parts of that groundwork already existed in the book, but only as they related to Jacob’s fear. In order to work through his fear and face it, Jacob needed to also let go of the resentment, frustration, and anger too. Forgiveness was the missing ingredient.

It was natural to include forgiveness in Jacob’s arc, because its importance is a large part of my own personal worldview. I had good people in my life growing up who helped me understand that resentment is corrosive. That meant I knew firsthand the power forgiveness had in the real world. Discovering it could heal Head Over Tails too and make it stronger was incredible. I hope Jacob’s character arc speaks to readers, and that anyone who struggles with any of the same things may find encouragement in his journey.
What a beautiful, powerful message, Brianna! Thank you so much for sharing with us today! Now I'm even more excited to read the book :) Speaking of which, here's the back cover blurb for Head Over Tails: 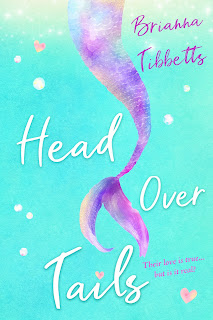 Mermaids meet mental health in this light-hearted story of life, love, and learning to grow into who you were meant to be.

Their love is true...but is it real?

Fear of inheriting his father’s hallucinations and memory loss have brought Jacob’s life to a screeching halt at age nineteen. Now he spends his days alone on the beach behind his home, staring into the endless Hawaiian waves.

Mermaid Sevencea is eager to explore life above the water—and cheer up the handsome, lonely young man strolling on the shores. Forming a bond with him is as natural as swimming. All she needs are legs to walk beside him, so Sevencea disappears to trade for the necessary magic.

Yet when she returns, Jacob is gone, convinced she was a hallucination after all. And the more Sevencea searches for him, the more she doubts what they have will last.

Can love truly exist between land and sea?

A sweet YA mermaid-meets-human romance set within the lovely vistas of Hawaii.

You can rush off to buy it on Amazon or other retailers, or you can order a signed paperback (with exclusive swag!) HERE. And if you pre-order an ebook, fill out THIS FORM to receive preorder swag! 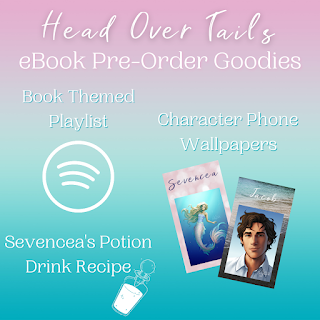 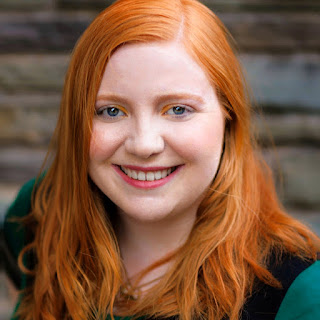 Here's a little more about the author:
Novelist Brianna Tibbetts has been writing speculative worlds as long as she can remember, demonstrating her passion for lively stories infused with hope. Currently based in the Pacific Northwest, she writes everything from short stories to series. In addition to writing, her other superpowers include being ginger and yarn crafting.
You can connect with Brianna on Facebook, Twitter, Instagram, and her website. Thanks again for stopping by today, and congratulations on your new release!
Posted by Laurie Lucking at 4:00 AM