We made it to Friday, friends! And I have not only a book, but an entire series to recommend for your weekend reading! I had the opportunity to meet Jenelle Leanne Schmidt at a writing conference several years ago, and I could tell right from the start that she was my kind of person. So I left the conference eager to maintain our authorly connection and to read her books, but I had a slight hang-up. Her Minstrel's Song series is epic fantasy.

Now, before you start waving your beloved copies of The Lord of the Rings at me, hear me out. There's nothing wrong with epic fantasy. It's quite epic, after all, and can make for very exciting, inspirational adventures. But I have a few qualms with epic fantasy stories that cause it to not be my favorite genre. There tend to be so many characters it can be hard to feel close to any one person, and the larger-than-life heroes can be particularly difficult to relate to. I like to think I have a pretty good handle on the English language, so I get frustrated by names and places I find entirely unpronounceable. Too many battle scenes cause me to start skimming, because I just get so much more out of emotion and dialogue than pure action. And epic fantasy romances happen so quickly or almost entirely off-screen, which just isn't as satisfying for my reader's heart that enjoys a sweet, drawn out love story. 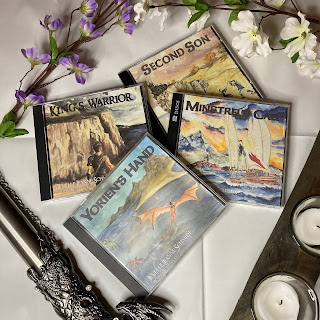 So as a matter of personal preference, I don't always get excited about epic fantasy, and I typically don't devour it like I do other books. But when Jenelle released audiobooks of her series, I made a fun discovery - epic fantasy is ideal to listen to! The storytelling style works perfectly for being read aloud, not to mention those crazy names that would frustrate me on paper just roll off the narrator's tongue :) And between Jenelle's engaging writing style and Benjamin Fife's lilting accent and variety of character voices, The Minstrel's Song series on audiobook has been an absolute delight so far! I should be clear that they would be excellent reads in written form as well - the author has an entertaining sense of humor, a knack for building excitement and tension over the course of each book, a creative, vividly-described fantasy world to explore, and a grand battle between light and dark building with undercurrents of hope even in the most desperate moments. So it's a fantastic series no matter how you experience it! But I do have to put in one last plug for the audiobook narrator, Benjamin Fife. He is a superb storyteller who even sings and plays mandolin for the songs, adds cool clicking sounds to the gryfons' voices, and makes the dragons sound so wise and fierce. I can't wait to listen to the books again as a family someday once my kids are a little older! (Aside from the scariness and violence of the battle scenes, these books are very clean.)

I haven't yet listened to the conclusion of the series, Minstrel's Call, but here are my mini-reviews of the first three installments: 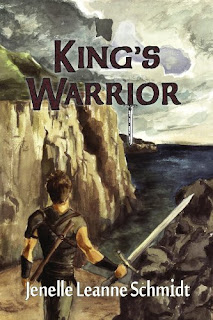 When a foreign kingdom known as the Dark Country threatens peaceful Aom-igh, knight-in-training Oraeyn is tasked with taking Princess Kamarie to find the retired King's Warrior. Their journey brings many surprises, including new travel companions and discoveries of the truth behind some of their people's oldest legends. Not to mention the friendship that eventually arises despite their initial distaste for each other :) But when warriors from the Dark Country flood their shores, will all their preparations and the re-emergence of the King's Warrior be enough to save Aom-igh?

I'll admit it took me a little while to get into this book, but as more characters were introduced and the stakes became higher, I enjoyed it more and more! Kamarie felt a bit like a stereotypical tomboy princess confined to her needlework at first, but as her courage and vulnerability showed through I came to appreciate her as her own distinct character. Oraeyn made me smile throughout, and I absolutely fell in love with their young friend Yole! The end was just the right combination of satisfying and heartbreaking, and the author did a great job tying together all the story threads while also hinting at more conflict to come. 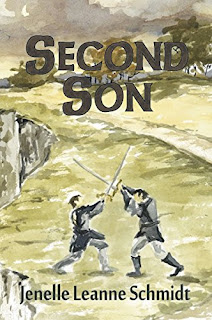 In this prequel to King's Warrior, two princes grow up enjoying dreams of brave feats and grand adventures, blissfully ignorant of the prophecy that will eventually tear their family apart. As they age, whispers of a second son who will save the country from destruction set them on opposite paths. Older Ky tightens his stranglehold on his birthright as the heir to the throne, confused and tempted by the advice of manipulative counselors. Younger Rhoyan is sent off to learn through quests and experiences abroad, never guessing his eventual attempt to return home will force him to flee for his life.

I actually listened to this book first, which totally worked since it's a prequel! In some ways I think I appreciated the central conflict of King's Warrior more with this backstory in mind, though it also spoiled some of the aspects of Rhoyan's / Brant's character that otherwise would've been a slowly revealed mystery. This book had the least cohesive plot of the series, since it took place over many years and sidetracked into many of Rhoyan's adventures that weren't critical to the primary conflict building between the two princes. But I felt very drawn to the tragic separation of the brothers as they grew apart, which made me feel more emotionally invested in the story. And Rhoyan's adventures certainly are exciting! 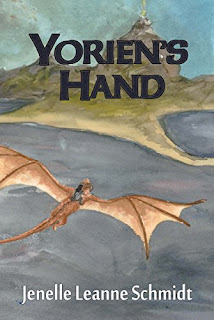 Disappearances, nightmares, and disturbing missives from faraway lands indicate that the peaceful start to Oraeyn's rule of Aom-igh has come to an end. A prophecy drives him, along with a band of familiar companions, to seek Yorien's Hand, a rumored piece of a star with untold power. Their journey requires courage and sacrifice, and gives the travelers a new understanding of the seemingly goofy, awkward minstrel, Kiernan Kane. In the end, not everyone's role in driving back the evil threatening to cover the land plays out as expected, and each is tested in what they're willing to give - and give up - in the battle of good versus evil.

It was fun to see this band of traveling companions reunited after years of growth and changes to their perspectives and relationships. Yorien's Hand didn't feel like quite as exciting an adventure in some ways, since most of the places traveled were already explored in past books. But I liked the way that different players and pieces of the battle came together, often in unexpected ways, and seeing how each country approached the coming attack by making the most of it's strengths. I also loved getting to know the wizardesses better - they've definitely become favorite characters! Despite so much of the romances taking place prior to the start of the book, they were still sweet to follow along the way. And I'm so curious about the minstrel now! I'm looking forward to all being revealed in Minstrel's Call :)

So there you have it! Are you a fan of epic fantasy? Do you have any audiobook recommendations?

See you next time!