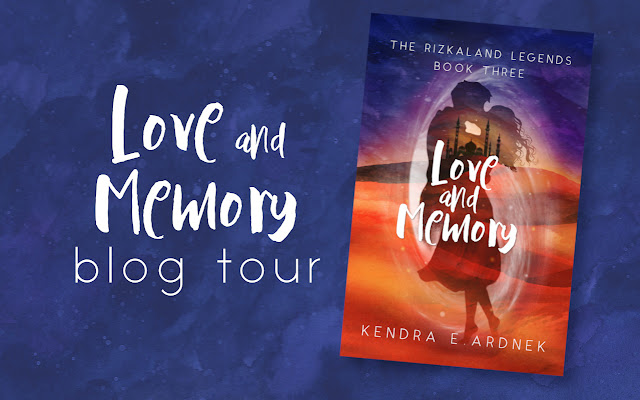 We're so excited to welcome Kendra E. Ardnek back to Lands Uncharted today as part of the blog tour celebrating her new release, Love and Memory! (You can find our interview with her from 2018 HERE.) Love and Memory is Book 3 in the Rizkaland Legends and releases TODAY! I'll share more about the book below, but first Kendra took the time to answer some questions for us! Enjoy! 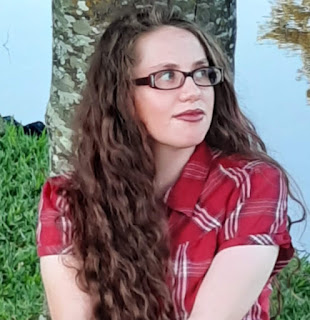 Hello! I’m the self-proclaimed Arista of Fairy tales, I write books, and in my free time I raise dragons and flip hamburgers at McDonalds. *cough* I am an actual glitter explosion and possibly also a cat, because if you leave a box lying about, I will sit in it.


Ha, I love it! What inspired you to start writing fantasy?

I had a very rough childhood. Nothing that was any one person’s fault, but, especially in the early half of my teens, it really felt like life wouldn’t let up. I turned to fiction and especially fantasy as a place where I could hide and life could make sense, and it naturally led to me writing it as it gave me even greater control of … something.


I'm so glad you found an outlet you can enjoy and share with others! Which fictional character (book or movie) do you most relate to, and why?

As a kid, definitely Ella from Ella Enchanted (book, not the movie). At the moment, I’m not really sure, but she definitely still clicks with me in a way few other characters have.


YES!!! Ella Enchanted has always been one of my favorites, too :) What advice would you share with an aspiring author?

And don’t be in a rush. Success doesn’t come overnight – no one will take your writing seriously if you don’t take it seriously and give it the dignity it deserves.


Absolutely! Love and Memory, Book 3 in the Rizkaland Legends, releases today! Congratulations!! What inspired you to write this series?

I didn’t like the 2005 Narnia movie when it came out and thought I could do better. That’s it. That’s the story.


Plain and simple, I like it! Did any of the events in the book surprise you as you were writing?

Not strictly, but there were definitely a lot of things that went down but weren’t part of the original plan. Such as Wyn. Definitely Wyn. All the hugs for Wyn. Anywho.


Now you have me curious about Wyn! The covers for this series are lovely! What went into the design process?

So, originally, I had a cousin design the covers for the first two books. Now, he was good at photoshop – went to school for it and everything – but he didn’t know cover composition, and so, especially after we had a bit of a hoopla with a watermark on the first cover, I never really felt comfortable with them. Then a then-aspiring cover designer just started sending me fan covers for the series, and I liked each one better than the last until finally I just looked at one and went “That. That’s the look I wish I had for the series.”

Megan was more than thrilled to see her covers on the actual books, and actually refused payment, instead only wanting copies of the books, which I was more than happy to send her. We did a few tweaks (including swapping out the silhouettes on LDTD for the ones I’d done myself for the existing cover), and I relaunched quite successfully.

Now, I had planned to purchase LaM’s cover outright (as she does now charge and she completely deserves it), but I kinda pushed too close to the deadline I needed, she didn’t have time in her schedule, and then she put up her prices (not by much, but my money was tight at that moment.), so I asked if she minded if I did LaM’s cover myself (I’d done most of my other covers, more or less under her tutelage, so I had a basic idea of what went into the first two’s covers), as I also have a very firm idea of what I wanted in my head by that point, and the mocks she had sent me a few years before (immediately upon announcement of the title), were nearly there but not quite it.

It went through a bit of a process, and I learned a few new things along the way, but here we are, and I’m just so much in love with this thing.


I love hearing about how covers develop, and how cool that your cousin and a fan both got to be involved! Can you give us any insights into your next project?

I accidently wrote reverse Frozen and thus realized that Frozen is actually a retelling of Sense and Sensibility, but with a Snow Queen aesthetic and “oops, the guy I kinda like is already engaged” swapped out for “I have ice magic!” as the elder sister’s secret. I mean Elsa/Elinor, Anna/Marianne. Need I say more?

I’m writing a mash up of Sense and Sensibility and Snow White and Rose Red, and it’s due for release in September alongside an unknown quantity of other SWRR retellings. The Frozen parallels weren’t on purpose, and I’m not changing the narrative to either lean in or avoid them (basically, it’s a subtle plotline of “what if Anna had the ice magic, not Elsa”), but I find them hilarious.

Interesting! I've never thought of Frozen that way, but I can totally see it! That sounds like a fantastic mashup! Thank you so much for visiting today! 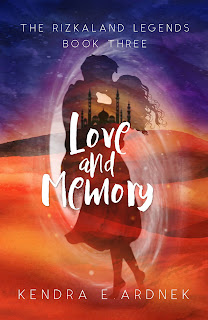 You can purchase Love and Memory HERE. And here's the back cover blurb:

When a Queen forgets,
Her enemies rejoice in her weakness.
But when the Queen remembers,
They tremble in fear.
When a King loves,
His country rejoices with him.
But when that love is broken.
The land is broken, too.
Can Water and Fire join again?
Can Love and Memory be restored?

They spent years in Rizkaland. They ruled the land, forged friendships, built families, and made it their home. But then it was time to return to Earth, and their former lives just don’t fit anymore. Clara and Andrew struggle to reevaluate their priorities when hundreds of miles separate them. Reuben and Petra are lost as they seek a balance between their old friendship and their Rizkan marriage. And Ashna and Noraeto never planned to return, so what life is there for them on Earth?

When the unthinkable happens and a new enemy arises, they’re all thrown back into Rizkaland, into a young prince’s rise to power and struggle to build alliances for his kingdom. But they no longer belong in their other world, either.

Are good memories too much to bear?

Congratulations again on your new release, Kendra! Learn more about Kendra and her writing by checking out the other stops on the blog tour!

Knitted By God’s Plan: A Change of Plans

Knitted By God’s Plan: 12 POV’s and How I Managed

Knitted By God’s Plan: Every Reason You Need to Read LaM

Knitted By God’s Plan: Next on the Horizon

Posted by Laurie Lucking at 1:00 PM