Interview with Kendra E. Ardnek (The Worth of a King Blog Tour) 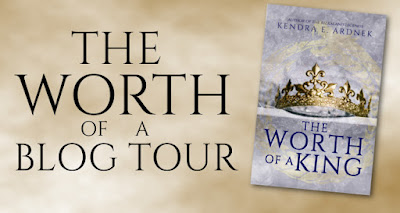 Today we're excited to welcome Kendra E. Ardnek to Lands Uncharted as part of the blog tour celebrating her release of The Worth of a King! I'll share more about the book below, but first, the author answered some interview questions for us :) Enjoy! 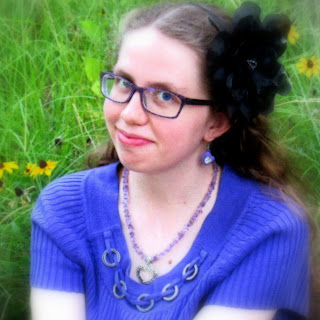 Hi! I'm a dragon fairy! Who writes books! Awesome fantasy books that are frequently fairy tale retellings. And, also, despiting owning a desk, I'm currently sitting on the floor on a pile of blankets to answer this interview...


Sounds comfy! What prompted you to start writing? Are you one of those authors who knew you were meant to write since childhood, or did it come as a discovery later in life?

I've known ever since I understood that it was what you were supposed to do with pencils - as opposed to acting out stories with them. I wasn't serious about it until the first of the new Narnia movies came out and I thought I could write a better version of it. That script became my baby and I proceeded to rewrite it over and over until it didn't resemble Narnia at all. And then I put it on hold and wrote some fairy tale mash-ups, the first of which I published at just sixteen.


Impressive! Which authors have had the most significant impact on your writing?


Those are some of my favorites, too :) Please share your favorite writing tip.

Don't wait for the muse to show up. Sit down and write.

Water and coffee. And random weird snacks that I find in my drawers.

Yay for random snacks! Since we're all about exploring new worlds here at Lands Uncharted, if you could choose one place to visit, real or fictional, where would you go?

I want to go to Germany and tour the castles.

Ooh, good choice. Now, let’s talk about your new release! What inspired you to write it?

The desire to cowrite a book with my friend, Jack Lewis Baillot. The story evolved out of a search for themed we both loved writing about, which involved twins, king stories, and general awesomeness.

The cover was designed by Alea Harper, and it took several tries before we sprung upon the exact combination of elements that embodied the heart of the book. If you want to see the process, we Alea and I both posted our sides of it during the cover reveal.


What do you have planned next for the Fall of a Star series?

It's going to be a trilogy, and I have the second book about 60% plotted and the third book actually has a first draft that needs to be completely rewritten. Actually, I had some debate back and forth as to which one was going to be #2 and which would be #3, as there are two timelines involved. Therefore, I'm going to try to release them back-to-back, within the same year. But, first, I have to write them.


How exciting! And finally, no visit to Lands Uncharted is complete without Top 3s! Give us a top 3 list in the category of your choice.

I'm going to go with my top three representations of Snow White, 'cause Worth proved to be an accidental retelling of that tale.
1. Winter by Marissa Meyer
2. Hero's Guide Series by Christopher Healy
3. Ever After High by Shannon Hale 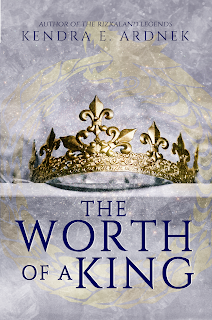 Princess Obsidia’s father was killed the night she was born. Since there was no male heir, the crown went to the man who killed him, by Dialcian law. This never bothered her, growing up, and when it comes time for Obsidia to choose her husband, she chooses Prince Delaney, the son of that man, with little hesitation. Only then does her life start crumbling around her.

Adrian expected to live a normal life, taking his father’s place at the print shop when his father retired. But, on his eighteenth birthday, when the princess’ engagement is announced, his world is ripped out from under him when he learns that his life was a ruse, and he is the twin brother to the princess – and expected to take back his father’s throne.

Delaney knows that his country is hovering on the brink of war – and that his father may harbor murderous intentions towards his intended bride due to her Zovordian blood. He wants nothing more than to protect Obsidia and his people, but as merely prince, he has little power against his father.

The ancient war between the Dragons and the Immortal King and Queen is nearing its climax, and the three are already caught in it.

The Worth of a King released on August 27th! The author has a giveaway going on her blog, which you can check out here. And check out this post to see a full schedule of the blog tour! Congratulations on your new release, Kendra - thank you so much for stopping by!
Posted by Laurie Lucking at 4:00 AM