Story Snippet: A Beauty and the Beast Retelling (Lizzie)

Many, many years ago I started a quirky Beauty and the Beast retelling where Beast actually wanted his curse. It was a fun start, so I pulled it out of the drawer late last year thinking I would finish it up as a short story in a short amount of time (cue laughter). I am only now about finished with an almost 60,000 word novel. But I love it, so the extra time on it is okay. I also just bought a gorgeous cover for it!!! I'll share that as soon as I can. I hope to release the book later this spring, so stay tuned. (And thanks to everyone who responded to my many pleas for title help. My favorite was taken by too many published books, so I chose a more unique title.) 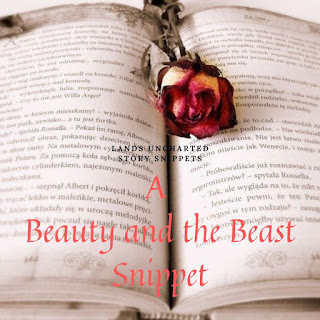 Without further ado, here's the rough draft Chapter 1 of

Midnight for a Curse

Thanks for reading! Do you have a favorite Beauty and the Beast retelling?
Posted by Lizzie at 4:00 AM