To Query or Not to Query (Vanessa) 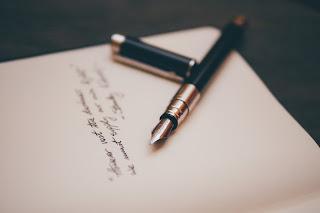 One of the biggest decisions a writer has to make is whether or not they want to publish their work. And though it seems like an easy yes or no question, it gets a little more complicated than that. If they decide yes, the writer must then decide if they want to self-publish, be published by an independent press or be published be a traditional press. Do they want a small publishing house or a large one? Should they get an agent? Should they submit their work unsolicited? The questions continue to stack on one another until they have no idea what to do any more.
Before my debut novel, Heartmender, was published, to query or not to query really was a huge question. I had begun writing as a way to work through a difficult time in my life, but then it blossomed into something more. I wasn’t sure what I wanted to do with my stories and the questions listed above bombarded me. Wading through the waters of publication became very overwhelming very quickly. Some agents wanted one thing other agents wanted another and then when I thought I had it all figured out; I received an inbox full of rejections. I finally got to a point where I just said, “Forget it!” and stopped querying and researching all together. 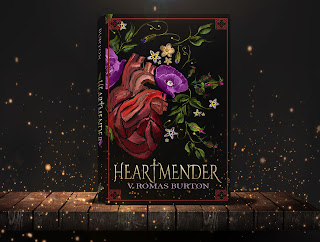 But during that time, I never felt the need to stop writing. There were stories I needed to share and I had to keep writing to get them out. So, when I finished a very rough first draft of Heartmender, I continued working on my series. The excitement of continuing my story, just for me, was exhilarating. Even if my stories were never published, I loved writing about my characters and the adventures they would encounter. With each new chapter typed, my writing skills continued to progress and expand, as well. I wrote and wrote until, finally, all three books were drafted and my first trilogy was complete.
Overtime, I felt God encouraging me to query again when I stumbled upon a Facebook post about a Twitter Pitch party. After researching (I do love to research! 😊 ), I found that pitch parties were a new way to have agents and publishing houses look at your work. It was different from anything I had read online about publishing and querying, but I thought, “why not?”.  Through a series of twists and turns (and more prompting from God), I eventually signed my contract with Monster Ivy Publishing and it has been one of the best decisions I’ve made.
I wanted to share that anecdote with you to not only tell you a little about myself, but to also encourage those other writers out there. If your heart is set on publication, don’t fret! There are so many different types of publishing and ways to get published these days, don’t be afraid to try different avenues because they might be the best thing for you. Don’t be afraid of rejection. Stories are subjective; there’s something out there for everyone. And if you love to write, don’t stop because you haven’t received a contract. Continue to write and produce amazing stories. You never know which one will be the one!