Book 2’s make me nervous. The more I like book 1, the more nervous book 2 makes me. What if I don’t like it and lose pleasure in book 1 and lose book 3 entirely? It’s rough to want to like a book or author and find you just can’t.

There's been more than one series where I’ve loved book 1, but book 2 stopped me from completing the series, and even from reading anything else by that author. I experienced this unfortunate trauma a little while back, and it got me thinking about what I, as a reader, want and don’t want in a second novel and how that should affect me as a writer.

First, it forced to think about what I loved about the first story. Was it the characters? The developing relationships? The overall plot? The action and adventure? The milieu? The writer’s voice and story genre? The combination of all of those?

For me, it’s usually the characters and their relationships that is the strongest drive to book 2. I like the action, adventure, and mystery, and I trust the author to deliver that same kind of thing in book 2, with similar style, tone, and humor. But the characters are the strongest draw. And not just the main characters. Secondary characters are magnetic as well. Basically, I want to see all my favorite characters interacting in book 2. I want to know the fate of some character left in danger. I want to understand some mystery regarding this or that character. I want the hero and heroine to end up together, and those lovable secondary characters to have their relationships resolved happily. I want the redeemable character redeemed.

In short, the draw to a second and third book, for me, is usually not the ultimate destruction of the villain or the fulfillment of a quest, it’s the characters. So you might say what drives the reader is not the same as what drives the main characters. The reader and MC may have different goals, and the author must satisfy both.

Taking those things into consideration, I came up with seven things that readers don’t want in a second novel.

What readers don’t want is for a second novel to

1) Lose sight of the character interactions

Too often the rich characters we came to love in book 1 are scattered in book two. Or the relationships are tainted by drama that often seems forced. In epic fantasies, like LOTR and Patrick Carr’s novels, and movies like The Avengers, the separation of characters is often necessary, but even then, some of the characters are kept together to give us those beloved interactions.
I’ve been reading W.R. Gingell’s A City Between books lately (and loving them). One of the things I love about the story series is the characters: the MC Pet, her three “owners,” and the two secondary characters Detective Tuatu and Daniel. Granted, Gingell has small character list in this series, but she consistently develops the relationships between the main four characters over the series, and keeps us connected to the two secondary characters even if they have little page time. For instance, we don’t see Detective Tuatu very much after the first chapter of the third book, but there are mentions of him and humorous text message exchanges that keep him “alive” to me as a reader and keep me happy. There are valid reasons for him not being “on page” a lot too, which is important. Also, the interactions between the books' characters also change over time as relationships deepen. Like this series, the Harry Potter series, The Avengers, and many other successful series actively keep their characters interacting and relationships developing. Even James Bond has a few consistent secondary characters to interact with at headquarters over the course of his many adventures.

On the other hand, in that recent read that traumatized me, the main character rescues her mother (who she had thought dead) in book 1. You’d think the mom would be a big part of book 2. No. She’s mentioned every now and then, but there’s little effort at connection between her and the MC and only a shallow excuse for this. Hardly any of the characters from book 1 get more than slight mentions, and they were a big part of what made me want to read book 2. Because of the virtual loss of the first book's relationships and development of a second set of secondary characters, the second book felt like it should have been different character’s story altogether. Another character-interaction fail for me was Star Wars: The Last Jedi (reviewed here). I assumed the characters from the previous movie would form a team and go on fun adventures together. I was looking forward to that. No. They hardly interacted at all.


Can’t have the main couple getting together too early in the series, now can we? So let’s manufacture some drama—based on a silly misunderstanding—to keep them apart. Actually, please don’t. Don’t have your characters acting in immature, unhealthy ways just to create drama and push the HEA off to book 3. If these behaviors are part of their character arc and they are going to grow out of them, sure, but if not, please spare us. You can find a better way to add tension to the relationship or to the story overall. And consider a more original drama that family secrets involving affairs and unknown siblings. I stopped reading one teen series mostly because, well, it became a very teen series. Cliché romance scenes. Unexpected parental indiscretions. Immature, what-were-you-thinking decisions by a character previously pretty sensible. Haven’t read a book by that author since.

The story arc of an epic fantasy probably requires going a bit darker in the second book, but readers don’t like it overdone. Give the readers some hope and humor, especially if that is part of your first story and brand. You want your readers to trust you so they’ll stick around for other books. Go too dark, or throw in sensitive scenes they weren’t expecting (like rape or the death of a beloved character or a whole bunch of characters when the first story is pretty light in tone) may be a turn off.

4) Have a lot of traveling to boring places

Questing or running for your life or moving an entire populace is fairly common in second books (and third books), at least judging by my experience. This is more of an observation than a critique. If the readers love the milieu, if it’s a quest type of novel, this is probably a great choice. New places can be fascinating, especially if there is a mystery attached to them. Patrick Carr’s The Hero’s Lot (The Sword and the Staff) is a great example of well-done traveling and an exciting, mysterious new place. I honestly did not care much for the hero’s love interest in this book (I liked her much better in the third), but I loved the mystery of the hidden kingdom the second main POV character stumbles across. I read the third book, and books two and three in this series helped pull me through to book three in Carr’s Darkwater Saga series. I struggled with its second book, A Shattered Vigil, because of the darkness, death, and off-screen rape of a secondary character, but I’m glad I continued on with the third book, which was lighter in tone.
On the other hand, traveling through a fog for ninety pages with arguing characters, random attacks, and visions of disturbing drama at home, is not something I remember with enjoyment from a different series. That, coupled with the very teenage-ish drama that surfaced, induced me to close the book at its end and not move forward with series.

5) Shift to political intrigue and quarreling among friends

Is your typical reader likely to purchase a first book in a series because of an interest in political intrigue or quarrels among friends? If not, then take that into consideration before making that the focus of book 2.

Again, action is good but relationships trump action. Find a way to combine them. In Avengers: Infinity War, Captain America and Thor take a breather in the battle to comment on one another’s hair. It’s not much, but it’s humorous and is a connection between two characters who haven’t seen one another in a while. 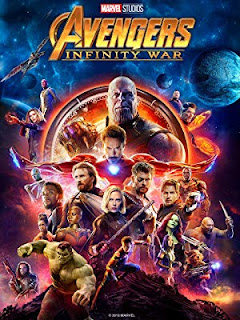 7) Trick the readers, such as by changing the love interest or undoing some victory or expectation set up in the first story

Book 2: The peace is ruined and the hero must return. That can be okay. What’s not okay, in my opinion, is having the victory of book 1 be worse than pointless. If the “victory” actually sets up a much worse ruler and book 2 opens with near total destruction of a world we loved, readers are going to be sad and feel deceived. Especially if we aren’t expecting that level of destruction from the story at all. Watch the story tone.

Also, what’s definitely not okay is changing the love interest mid-series. Especially if that’s a strong theme in the book. Romantics don’t like that. We don’t like rooting for a couple for a book and half only to discover we’ve been duped. Readers don’t like to be tricked. If we find out the romance we’ve been hoping for for a book and a half would be incestuous, because, oh yeah, that guy is actually her brother (good thing they never kissed, right?) and we had no clues to that effect, readers are going to very, very mad.

So, in short, figure out what your readers loved about your first book and stuff the second full of it. (Hint: that will likely include fun character interactions.)