Greetings, everyone, and welcome! I am so thrilled to be joining you today. When I first discovered Lands Uncharted in 2016, I was captivated by the content and the idea, so it is truly an honor to be coming aboard.

Since I’m new here, I decided I would put an introductory spin on my initial series of posts. This will give me time to merge into the community and the conversation while giving you the opportunity to learn more about me (beyond my bio!).

I am a hard-core fan of fantasy in all of its forms. My favorite is epic/high fantasy, but I also adore the other sub-genres. One that I dip into on occasion is magical realism. This form of fantasy is dominantly realistic in setting and contains only elements of magic, so this is a bit of a stretch for me as I’m not an avid consumer of contemporary literature. However, it’s good for me to extend beyond my own reading tastes once in a while. In doing so, I have found some gems! My top three are: 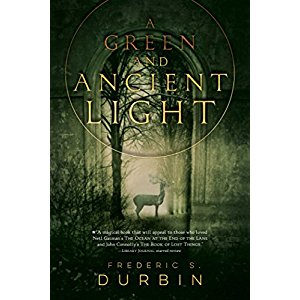 A Green and Ancient Light by Frederic S. Durbin

This is the story of a nine-year-old boy sent to spend the summer with a grandmother he’s never met during WWII. Told in the first person, this story details how the main character befriends people he never thought he would and learns important truths about life and, possibly, the world beyond through his adventures in a mystical labyrinth.

Although the beginning takes a while to fully develop, the story overall is a beautiful example of literary fiction, satisfying on the immediate, surface level as well as on the subtle, artistic level. The beauty of this story lies in its subtly. The most powerful antagonist is not identifiable until the end, and many elements seem so subtle that it almost feels as if the story isn't coming together. All the while, however, the reader is being slowly drawn, the strands of the story masterfully woven, until the entire scope of the story becomes visible in one heart-wrenching, soul-touching moment.

I both wildly love and hate this book. Love because it deeply touched me; hate because I hardly never cry about a story, but this one had me in tears for a good twenty minutes! It’s not my favorite-of-all-time, but it’s now an official part of my personal cannon of stories that touched my heart. 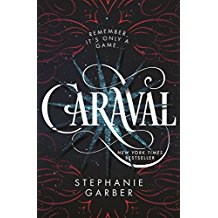 This book enchanted me in a way that doesn't happen often.

Caraval is the tale of Scarlett Dragna, who seeks to free herself and her sister from an abusive father by escaping into an arranged marriage. But her sister, Donatella, is stubborn and willful, has no problem looking for trouble, and is not satisfied with Scarlett's vision of freedom. When Scarlett's lifelong dream of attending and event known as Caraval comes true unexpectedly, life takes a sharp detour for both sisters and their visit ends in a way only one of them imagined. 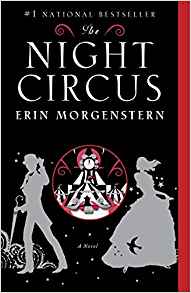 The Night Circus by Erin Morgenstern

Celia and Marco are young magicians, both battling to inherit control of the Night Circus, a circus that appears and disappears in random locations without warning. Both of these characters have lived their entire lives with the circus, and both love it fiercely, but only one can claim it as his or her inheritance. To make matters worse, Celia and Marco care for each other, and the clause that makes it so only one of them can lead the circus is tearing them, and the circus, apart.

Enchanting and mysterious, The Night Circus is a story about love that endures in spite of the obstacles and about finding the right answer to a problem when no answer at all seems to exist. The ending is both satisfying and surprising and will leave you searching for more works written by this author.

I hope you have the time to explore one, if not all, of these novels. If you do, let me know what you think about them! Also, I'd love to hear your thoughts about magical realism, and any favorites of this type of fantasy that you have. Let me know in the comments below.

Until next time, I hope your world is filled with wonder.
Posted by Lauricia Matuska at 4:00 AM