I decided to take a creative writing class this summer. I get a free class each semester since I work at a university, and I thought this particular class might be helpful. It was, sorta, but, overall, it's not something I'd recommend everyone rush out to take. You can learn the same stuff through books and conferences. Speaking of, like going to a conference, the class has inspired me to be more serious and dedicated to my calling to write.

But in some ways, the class is depressing. So much of what's read and talked about either involves depressing subjects or dark subjects (some inappropriate ones too, but this was kept down since there was an early college student in the class). The other students in the class seem to prefer morbid and dark stories to uplifting ones. There's an idea in literary circles, it seems, that writing must be "true to life" and that means dark and depressing. Thus, having a happily-ever-after and humor preclude a work from being truly great; it's tripe for the common reader and not true art. I may be exaggerating, but that's how it felt one day last week. 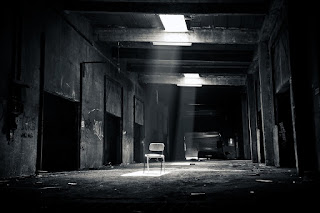 We were assigned to start a short story and then discuss our ideas with the class in a brainstorming session. Out of eight students, I was the only one with a relatively happy story. There was an unsuccessful hunt for an abducted nine-year-old, a tragic teen romance a la The Fault in Our Stars, a dystopian were affection was banned (no brave hero or heroine set things right), and so on. No happy endings or ultimate triumph (the kidnapper, I think was caught, but the girl was still died). After presenting my fairytale-type story, I initially received silence and then questions about it, including whether I'd write a story without a happy ending. Um, no. Light-hearted adventures with romance are my brand. I like to read and watch them, and I want to create those stories for all the other people like me who read them. The stories aren't all rainbows and daisies, but, overall, I hope they bring joy and light. I'm not caving to a dark literary world's "better" type of story.

After class that day, I met with the professor for feedback on the start of a novel I've been working on for a long time. He tore it apart. Nothing made sense, I was obsessed with umbrellas and gender roles, and so on. He was really nice about it, don't get me wrong. He meant well, but most of it wasn't helpful. When I signed up for the class, I wanted help to improve my writing in the sense of making it more lyrical and beautiful. He didn't speak to that at all. He just didn't get the story and doesn't care for my style, I think. Not dark and literary enough, I guess, or something. After thirty minutes of this, I excused myself to go back to work. When I got back to my office, I found the old critiques I had on that novel. There were several and they were mostly positive. They liked the voice, they liked the characters, they liked the story world. It made sense to them, those people likely to read my genre. Also, that very morning (perfect timing), I found out my submission to the Fellowship of Fantasy: Tales of Ever After was accepted (yay!).

Have you ever read scriptures and heard devotions on a similar theme in a short time frame and wondered if God was trying to tell you something? Well, I went through several days of being bombarded with the theme of not giving up on doing good. Then, I encountered this trial in class as well as a continuing silence about several proposals I'd sent out, and some other disheartening things that challenged my "high" ideals. I wasn't (I hope) about to give up on writing or compromise my ideals, but the reminder to not give up doing good was very encouraging. I am doing good then and shouldn't be swayed by those challenges.

I hope you'll do the same. Not everyone is going to like your work. It's tough, especially when one of the nay-sayers has a PhD in a writing discipline, but you must decide who you write for and that will help determine who you should listen to. Keep on doing whatever good things you're doing and not grow tired. You're needed.
Posted by Lizzie at 4:00 AM