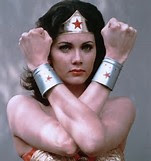 After much waiting, our family finally sat down Sunday night to watch Wonder Woman. I was very excited. I grew up watching the  television series, and when my girls discovered the reruns, we would watch them as a family.

I loved gorgeous Gal Gadot as Wonder Woman, and Chris Pine did a good job as Steve Trevor. But can I just say how underwhelmed we were with the storyline? Also, the CGI at the beginning was painful to watch -- thankfully, it improved for the climactic fight between WW and Ares. And some of you may know my feelings on HEAs (Happily Ever Afters). They are necessary. In. Every. Way. I won't go into detail in case some of you haven't seen it yet, but suffice to say, my family and I debated several better endings after we saw it. 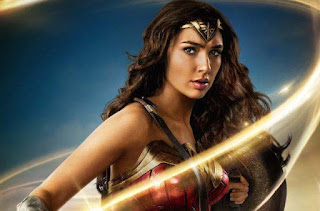 I felt this way about the Divergent trilogy, too. I read that series, rooting for the MC and the love interest to the very end. And when I reached the last chapter of Allegiant, I felt betrayed.
So here's my question: what movie (or book) did you feel could've been done better? Maybe not just the ending, although that is a factor, but the book as a whole?
You know both of my choices, so please share yours in the comment section below.
Posted by J.M. Hackman at 4:00 AM