We are so excited to welcome Amy Williams (writing as Kimberly McNeil) to Lands Uncharted today as part of the blog tour featuring her YA fantasy, Meg Mitchell & The Secret of the Journal! You can find out more about Amy's books below, but first she took the time to answer some questions for us. Enjoy! 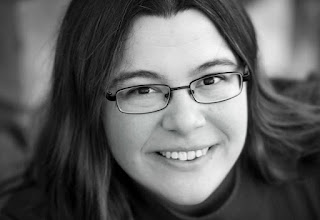 My real name is Amy Williams, but I write the Legend of the Lightkeepers series under the pen name Kimberly McNeil. I did that for two reasons. The first, I write books for the adult market too, using the name A.C. Williams, and I didn’t want my young adult books getting mixed in. But the biggest reason I chose to write as Kim McNeil is really cool: She’s a character in the story itself. Kim is the one who hears the story of Meg Mitchell and her family, and she’s the one who chose to write it down. What’s even more fun is that Kim McNeil has a personality all her own, so she has a separate Facebook and website, which I’m still in the process of building.

I am a writer who lives in Kansas on a small farm, and I love cats, coffee, and chocolate (not in that order). Kim, on the other hand, is a grumpy Scottish journalist who lives in Northern England.


I love that Kim is a character in your series! What prompted you to start writing? Are you one of those authors who knew you were meant to write since childhood, or did it come as a discovery later in life?

Storytelling just happened with me. I couldn’t not tell stories, even when I was a very young child. From a young age, I loved taking all my favorite characters from all my favorite television shows and mixing them all into a big story together. That’s how the Teenage Mutant Ninja Turtles ended up working alongside the My Little Ponies to save the world from a terrifying, self-aware Tonka backhoe that came alive in my backyard.

But even though I started telling stories and writing novels at a young age, it took me until my college years to truly believe I had what it took to be an author.


Ha, that sounds like an epic mash-up of characters! Which fictional character (book or movie) do you most relate to, and why?

Merida from Brave. Absolutely. I have a tendency to run wild most of the time, kind of lost in my own mind, doing the things I love to do whether anyone agrees with me or not. I’m still single and have no interest in a relationship as of yet (I just turned 35 and have never been on a date). And while I have a great relationship with my mom, we do butt heads at times. Plus, my heritage is actually Scottish, and we’re all ridiculously stubborn. You can ask my friends. It’s a character flaw I’m working on!


I have some Irish heritage, and we have a similar reputation... :) We’re all about exploring new worlds here at Lands Uncharted—if you could choose one place to visit, real or fictional, where would you go?

Maybe this is self-centered, but I would love to visit the world I created in the Lightkeepers series, the Andarian Dimension. It’s a complete separate world underneath the world we know, and it’s very similar as far as geography and climate. But it’s full of adventures. The people who live there range from the Josharons (the walking, talking fox people) to dangerous Centaurs. There are castles to explore, forest paths to wander, and fruit trees and flower gardens to spend time in. And twice a day, once at sunrise and again at sunset, the sky over Prism Castle turns to rainbows, like layers and layers of color where it should be just blue. I can see it so clearly in my mind, but I would dearly love to visit in real life.


Sounds amazing! What advice would you share with an aspiring author?

Just keep writing. Don’t stop. There’s always more to learn about your craft. Listen to people who’ve been writing for a long time and learn from them, but don’t disparage your own voice and talent. Just because the industry isn’t ready for your story right now doesn’t mean it never will be. You just have to be patient sometimes, and keep believing in the world you’ve built. If you don’t believe in it and if you aren’t willing to share it with others (despite what they may think about it), your story will never make an impact on anyone else.


I couldn't agree more. Now, no visit to Lands Uncharted is complete without Top 3s! Give us a Top 3 list, in the category of your choice.

Oh, top three favorite villains caught my eye. I LOVE villains. Always have, even when I was a little girl. But picking my top three is a tough choice. I’m going to try it, though. Just know this isn’t an exhaustive list!

Mother Gothel creeped me out, not just because she was creepy, but because she was so incredibly manipulative. She knew exactly how to use Rapunzel’s emotions to her greatest advantage. Gothel was able to put on a face of care and concern, but it was just a mask that hid a selfish, cruel heart.

I never really liked Wilson Fisk (aka Kingpin) until Marvel reimagined him in the new Netflix Daredevil show. In the cartoons and comics, he had always been this larger-than-life baddy who was just evil for the sake of being evil. But Wilson Fisk’s redesign in Daredevil is both sympathetic and extraordinarily terrifying. He’s a villain you understand, a villain you can connect with. It doesn’t make him any less a villain. He’s a horrible, dark, cruel, twisted person, but when you understand how he got to be that way, you still feel sorry for him. It’s so dangerous.

Has to be. Whether you go back to Mark Hamill’s version in the animated Batman series or Heath Ledger’s terrifying portrayal in The Dark Knight, the Joker is one of the best villains in literary and cinematic history. He is a lover of chaos, someone who just wants to destroy and corrupt for the sheer sake of causing chaos. And even though everyone thinks he’s insane, he isn’t. He’s brilliant, cunning, and so very frightening.


Honorable Mentions include Darth Vader, the Borg, Moriarty (all Sherlock versions), the the Younger Toguro brother from Yu Yu Hakusho, and either Pride or Envy from Fullmetal Alchemist: Brotherhood … and honestly, so many others I can’t even list them all. I love bad guys. 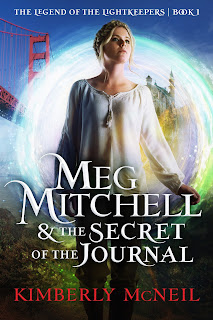 Mother Gothel is the Disney character my kids are most scared of! Let’s talk about your novel, Meg Mitchell & The Secret of the Journal! What inspired you to write it?


Is there a particular message you hope readers will take away from this book?

As a series, the main message of Lightkeepers is that stories are always bigger than you think. Just because it seems like the end doesn’t mean it actually is. You have a choice to give up on the story or to keep reading (or writing). A story only ends when you walk away from it.


Love it! You write YA fantasy under the pen name Kimberly McNeil and in several other genres as A.C. Williams. Can you give us any insights into what you’re working on now?

I am nearing completion on the second book in the Lightkeepers series, Barb Taylor & The Mountain of Fire. I’m also in the process of planning the second trilogy in my adult space opera series, The Destiny Trilogy, as well as a sequel to my romantic comedy, Finding Fireflies. And, of course, there are about seven other projects that are currently underway.

Also, after the first of the year, I’ll be releasing a short story that’s connected to the Lightkeepers series as a web serial. Stan Hawthorne & The Broken Sword. More information will be available from my publisher on that soon. But I can tell you it takes place shortly after Meg Mitchell & The Secret of the Journal ends, and it does have a character in it that you will recognize.


Wow, you're definitely keeping busy! Please share a favorite line or passage from Meg Mitchell & The Secret of the Journal with us.

That will have to be a conversation between Meg Mitchell herself and her adoptive father, Tolan Ittai.


“I have always believed that stories never truly end, Margaret,” he said. “Not really. Stories we think are over merely get caught up in a larger story. What we see as the end is really just the beginning of something bigger.”

Meg watched his face. “But if it looks like the end, how can you tell if it’s the beginning of anything?”

Now he smiled, full and broad, the expression that made him look more human than Celtican. “That depends.”

“On you, Margaret.” He touched her chin and lifted her eyes to his. “On you.”

Aww, what a cool moment. I can't wait to read this book! Here's the back cover blurb:

You only have to turn the page.

Meg Mitchell lives in a castle, but she’s no wilting princess. Raised in an alien world by adoptive parents, she spends her time fighting Centaurs, training as an Andai warrior, and chilling in her favorite willow tree.

But when Meg uncovers her birth father’s journal, she discovers a cousin she didn’t know existed. Meg and her little brother and sister travel through an interdimensional rip to San Francisco to search for their cousin, setting off a chain of events no one could have foreseen.

When her sister is kidnapped, Meg enlists the help of teenage detective Barb Taylor and her genius little brother Jim. Following clues dropped by a mysterious benefactor, they embark on a cross-country adventure to rescue her sister and find Meg’s cousin.

Family is everything to Meg, but not all is as it seems. In her quest to reunite her family, she may lose more than she ever imagined.


Doesn't it sound fun? Meg Mitchell & The Secret of the Journal is available for purchase on Amazon, Barnes & Noble, and Crosshair Press.

Amy Williams is a novelist, freelance writer, founding member of Crosshair Press LLC, and professional nerd. You can find most of her work under the name A.C. Williams, but she also writes young adult fantasy (The Legend of the Lightkeepers) under the pen name Kimberly McNeil. Amy is single and lives in her family’s 100-year-old farmhouse on five acres in the middle of the Kansas prairie. She loves cats and drinks far too much coffee.


Amy has a giveaway going to celebrate her blog tour! Enter below for a chance to win an e-copy of Kimberly McNeil’s Meg Mitchell & The Secret of the Journal as well as get a preview of her upcoming short story Stan Hawthorne & The Broken Sword. (Open internationally.) Thank you so much for joining us today, Amy!

Entry-Form
Posted by Laurie Lucking at 4:00 AM