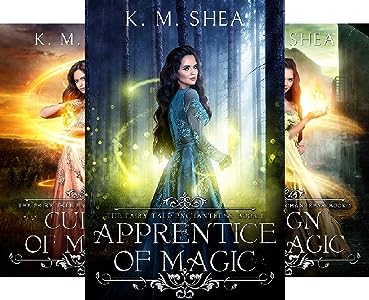 I have always loved fairy tales. As a teen, I devoured all of Andrew Lang’s colored fairy tale books. Then, I discovered the wonderful world of fairytale retellings. It was only a few years ago that I found K. M. Shea’s Enchanted Fairy Tale series. This then led to the series I am sharing about today, The Fairy Tale Enchantress series.

Angelique begins the series as a young enchantress-in-training with massive reserves of power. That impressive magic is tied to her core magic, war magic, specifically the ability to feel and control multitudes of sharp objects in an area. Because of this core and its potential for horrible consequences should she turn evil, the Conclave, a governing body over the world's magic users, place strict constraints on her. They abused her in subtle and not so subtle ways like gaslighting, the constant assumption of her motivations being evil, and/or threatening to seal her magic. This has been going on for years before the beginning of the first book.

Hope that Angelique will get a chance to thrive comes in the form of her new master, Everiste, who appears at the beginning of the first book in the series. He begins working to undo the years of damage caused by the Conclave and others on her psyche. However, the damage is more extensive than Everiste initially thought. But before he can make much progress, Everiste is captured by a group of power-hungry evil magic users, and the pair of them are separated.

The series of six planned novels (four of which are published now) follows Angelique through the arduous process of finding and rescuing Everiste. She grows as she makes this journey, learning to heal through the love and acceptance of many people outside her insular world of magic users. She does this while working to stop the evil magic users from attacking governments and kingdoms to subjugate the non-magic users. She is constantly thwarted in her search by desperate cries for help. Unable to stand by while others are harmed, she is compelled by her tender heart to assist them. Yet, not without cost to herself and her missing master.

What I love about this series is K. M. Shea’s accurate and beautiful portrayal of personal growth and the process of overcoming abuse. It is rarely a quick or easy process. And some scars are always going to be there even after we heal.

The books are engaging and entertaining. The characters are real and become almost like friends. I am eager to read the last two books when Shea releases them. So far, each new installment has been worth the wait. 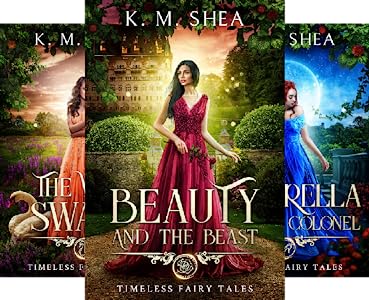 Written as a parallel series to her Timeless Fairy Tales series, K. M. Shea’s The Fairy Tale Enchantress series can stand alone. However, I strongly encourage anyone interested to read it after the first series for a deeper level of enjoyment as you get to see some of the events through Angelique’s eyes.