Greetings, all and happy fall. Only THE best season of the year. I adore the way the light takes on a richer tone and the air takes on a mysterious smell, and the mist... having grown up in a land-locked, semi-arid desert, I can't tell you enough how I adore misty mornings. I hope that you're finding this time of year just as enchanting.
Here's a snippet of my most recent release, Guardian Prince (book two in the Ceryn Roh series), for you to enjoy during these magical autumn days. When you've finished, I'd love to know what your favorite season is and why. Tell me in the comments below! 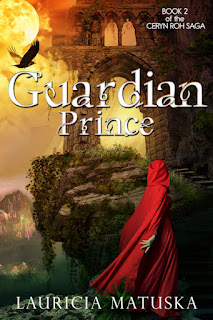