Weekend Reads: My 'Must Read Before Summer Ends' List (Desiree) 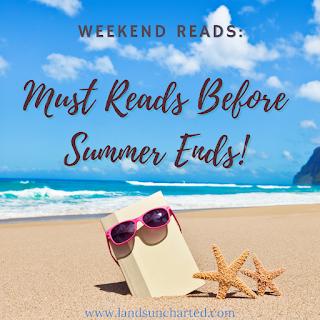 Happy Almost August! :-)
It’s crazy to think just how quickly summer flies by! We only have a couple more weeks left of summer freedom.
Before long, school will be back in session and all of us work-from-home-while-homeschooling parents will rotate our schedules around classes, lunch times, and trying to figure out math while reminding ourselves what a protractor is used for. LOL.
Which then brings to mind the importance of downtime and genuine rest. I haven’t had much reading time this summer. Although not because of crazy work schedules. More so because of the real life adventuring with my family—which has been awesome, by the way!
But when school resumes, the mad rush returns. *dramatic sigh* And I have several books I’d love to journey through before that begins!
So here is my must reads list!
Side note: if these books aren’t on your radar, they need to be!!!!!! (<—yes, I am being that dramatic. LOL)
[books listed in random order]

*wink* Feel free to throw something at me, I'm feeling fabulous in my drama queen crown today. :-)

Secrets of the Mist by Morgan Busse 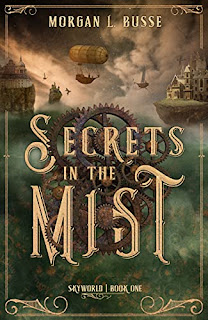 Morgan is an auto-buy author for me. I absolutely adored her Ravenwood Saga, and my husband and I fought over her Soul Chronicles duology (that's a story for another day!).
So I've been eager for her next book to release in a couple weeks. It still "lands" before homeschool starts for us, which means I have just enough time to savor this book before the madness begins. ;-)


More about Secrets in the Mist:

In a world where humanity lives in the sky to escape a deadly mist below, Cass’s only goal is survival. That is, until she finds a job on the airship Daedalus as a diver. Now she explores ruined cities, looking for treasure and people’s lost heirlooms until a young man hires her to find the impossible: a way to eradicate the Mist.

Theodore Winchester is a member of one of the Five Families that rule the skies. Following in his father’s footsteps, he searches for the source of the Mist and hopes to stop the purges used to control overpopulation. But what he finds are horrifying secrets and lethal ambition. If he continues his quest, it could mean his own death.

The Mist is rising and soon the world will be enveloped in its deadly embrace, turning what's left of humanity into the undead. 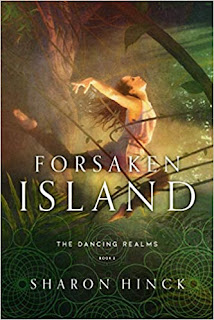 If you missed all my gushing over Hidden Current, then you can check that out here. But since finishing up book one, I've been super interested in exploring book 2! Bonus for me, book 3 is already out, so I might be able to squeeze in a book marathon one weekend and knock out the rest of the series. Woohoo!
Do you usually wait until a series is completely finished before starting on book one? I've heard about a lot of readers who do that and was curious if you did?
More about Forsaken Island:

On an uncharted world, happiness is effortless and constant … but can true joy exist without sacrifice?

The people of Meriel have long believed their island world floats alone in the vast ocean universe, so they are astonished when another island drifts into view. With resources becoming scarce, Carya and Brantley quickly volunteer to search the new land for supplies.

After navigating a barrier of menacing trees, the pair encounter a culture of perpetually happy people who readily share their talents and their possessions. But all is not what it seems. At the core of the island is a horror that threatens everyone, including Brantley and Carya.

Freeing the villagers of the bondage they’ve chosen may cost Carya and Brantley more than they could have imagined. Even if the two succeed, they’ll have to find a way to return to Meriel quickly … or be cut off from their home forever. 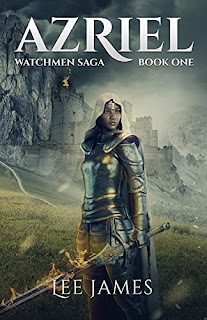 *happy sigh* Look at this book! Everything about it sounds epic, and I'm ready to dive in right now. Well ... maybe after I feed the fam first. ;-)
Laurie wrote a fabulous review on it last month! Seriously, you all need to read this book with me so we can gush all about it. Ahh, why must adults have responsibilities! *head-desk*
I really need to carve out more reading time for myself. [insert more overly dramatic sighing here] ;-)
More about Azriel:

Bree Faro learns early in life that she can only depend on herself. Due to her feisty nature and unusual ability with a sword, she is educated in every fighting style imaginable and excels at them all. When she's sent to infiltrate the city of Azriel, Bree does not expect to find her place among the Watchmen of the Keep, but they welcome her as one of their own.
Little does Bree know that her new companions are in danger.
An immortal creature lies in wait for any Keeper of the Flame, the city's water source has dried up, and they are under constant attack from the Yirtzi-former Watchmen reduced to vengeful spirits, who sold their souls for power only to realize the enemy of Yahweh does not translate to the friend of mankind. Not only that, but the Watchmen are fraying. Hostilities come to a head when a Watchman is murdered.
Only a Watchman can kill another Watchman, and all eyes shift to Bree.
Bree finds herself faced with a choice. Does she engineer the betrayal of the powerful city, or does she embrace her destiny as a true Watchman of Yahweh and find the killer before it's too late? 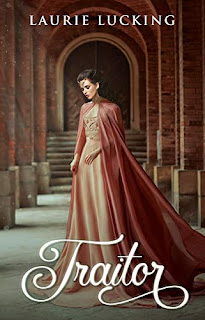 I’ve been so eager to dive into Traitor by our very own Laurie Lucking!
Laurie has such an enormous heart, and I know her love for people shines through in her books. Ideally, I'd like to reread Common first, to get reacquainted with the characters and story world. Either way, this book baby and I are going to become friends this weekend!
More about Traitor:

Princess Penelope has finally found a way to redeem her past mistakes-if only it didn't require betraying her new fiancé.
Princess Penelope has been the object of gossip and ridicule ever since she returned home in disgrace following her failed engagement to the Crown Prince of Imperia. When her father offers a new start in a country far across the sea, she has no choice but to accept.
Even if it means another betrothal, this time to a total stranger.
Penelope arrives in Delunia determined to avoid bringing further shame upon her family. But her devoted, caring fiancé makes it harder to guard her heart than she anticipated, and rumors of dark magic haunt her with memories she'd rather keep buried far beneath her pristine exterior.
When a poverty-stricken village outside the palace gates looks to her as their hope for a brighter future, Penelope embraces the opportunity to make amends for her transgressions. But in order to help, she must manipulate her new fiancé, putting her reputation on the line once more. And her heart.
Can Penelope rise above the failures of her past, or will she forever be branded a traitor? 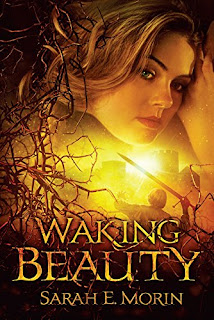 This beauty has been on my TBR list f o r e v er. And enough is enough ... this is the season for this Sleeping Beauty retelling to be read!

I'm actually fond of retellings, so I have no idea why I keep dragging my feet on this one. I'm worried I'll be let down. But more than likely, I'll find it to be a hidden gem that I'll kick myself over for not reading it sooner. LOL.
Have you read it?! Was it a gem for you?

What if the Sleeping Beauty Refused to Wake Up?

The rescue wasn't going at all how he planned. Prince Arpien intends to gain a throne and the sleeping beauty's heart with a single kiss that wakes her from the evil fairy's curse. But kissing the princess is only the beginning of a series of unforeseen obstacles: man-eating bugs, deadly spindles, talking lapdogs, and fiery pickles. The sleeping beauty is the biggest complication of all.

Princess Brierly is beautiful and Fairy-Gifted, but also...daft. After one hundred years of sleep imprisonment, Brierly refuses to believe this rescue is anything more than a tantalizing but doomed dream.

Arpien is drawn to the vibrancy beneath Brierly's indifferent exterior. Can they reclaim her kingdom? Do they dare trust in the Prince of the old tales to help them battle the evil fairy who cursed Brierly? What is the price of waking beauty?

All right, friends. That’s my list! I should be able to tackle these books in two weeks. Right? Right! :-)

Wish me luck!
And I hope you're having a fabulous summer. Enjoy every moment of it.
Until next time …

What books have you been loving this summer?

Any that you’d recommend? I’d love to add them to my list next!

Posted by Desiree Williams at 5:00 AM