Today we are thrilled to welcome Lauren Salisbury to Lands Uncharted as part of the blog tour celebrating her new release, Discernment! Discernment is the latest installment in The Legacy Chronicles, a series inspired by the life of Moses and the women around him. Fascinating, right? And Lauren took the time to share about her worldbuilding with us! I'll share more about Discernment and the blog tour below (including a GIVEAWAY!!), but first, here's Lauren!

Creating the World of Terabu
Worldbuilding is my happy place. I love everything about it from flora and fauna to cultural systems and histories. For each new setting in The Legacy Chronicles, I start with one concrete idea and built from there. In book one, U’du needed a harsh environment for the slaves to endure. The space cruiser where the Esarelians lived in book two needed to reflect their cold, unfeeling natures and their focus on advancement and prestige. Terabu needed to be completely different from either of those, and it had to revolve around trade.

The culture of Terabu, I decided, would be vibrant, with many layers to explore. It is partially based on my experiences of living in the Middle East and was so much fun to create. The textures, colours, and scents are big and bold, dazzling in their array, inviting in their warmth. The people are hospitable, traditional, and honourable. The weather is temperate, and the scenery is stunning.

One of the things I loved most about my time in Beirut was the food. Rich, fresh, and flavourful, even the thought of some of those meals makes my mouth water and evokes wonderful memories. I did not insert specific dishes into Discernment, but the overall feel of their food is the same. Lots of stews and salads, spices and dips, fruit eaten fresh from the trees, and a cottage industry around an olive-like plant called roiga.

In terms of the society itself, the first decision I made was to remove money from the equation, creating a stark contrast with the other species in the series. Teraburans use a barter system built on honour, where a man’s word is his bond. This led naturally to an abhorrence for lying that allowed me to put several characters in situations where that could be tested. It also informed some of the colloquialisms used in the novel. 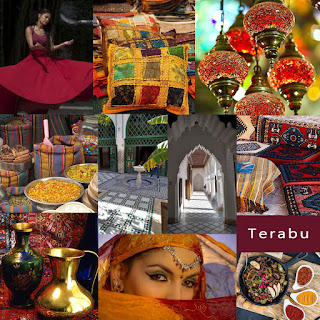 “But how did you translate this into a science fiction setting?” you ask. By being extremely creative and by employing my secret weapons—my nieces.

I try to include them in my writing journey because I love feeding their creativity, and they get so excited about seeing their ideas in print. Terabu’s flora and fauna began with a strange plant with black sap called qayk and half-chicken half-octopus type creatures called vevom. Did I mention I went to my youngest nieces for Discernment? That was okay, it provided a challenge, and they got to have fun inventing weird and wonderful things.

Other aspects came from being the quirky individual that I am. I love to play with things, finding unique ways to see them. Graxylan came from wondering how dangerous sloths would be if they could move fast. Duntratha are my answer to how to insert dragons into science fiction—you make them wingless and use them to ride. And space pirates just because.

Adding technology also gave the story a more science fiction feel, though I was careful not to undermine the traditional culture I had created. The Teraburans are no fools. When off-worlders first arrived, they saw the need for defence and the development of more advanced technology. Fortunately, they were able to trade for these things, using their skills with produce and textiles to form partnerships that prevented them being swallowed up by the powerful Esarelians. Now they are the central supplier in the known universe, which means they can live relatively free from interference.

At the end of the day, Discernment is about the people, and no matter where we go and what technology we have, people are the same. We all have dreams, goals, families, cultural values and expectations, and we all want to be seen and accepted for who we are. Discernment, hopefully, deals with that issue. But it’s okay to read it for the space pirates and sekala buns too.
Doesn't this sound amazing?? Now I'm even more excited to get started reading! And Lauren even included a fun recipe for us inspired by the food of Terabu! 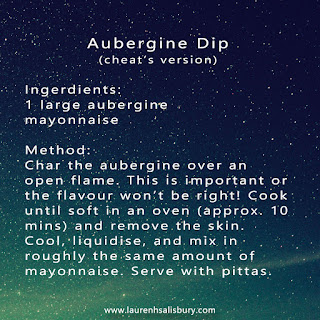 In case you want to know more about Discernment, here's the back cover blurb:
In Jiya’s world, the only choice a woman has is who she will marry. When she meets a mysterious off-worlder, she must decide how far she is willing to push the boundaries of Teraburan culture to gain her freedom, and whether that is truly what she wants.

Mahsan has never been accepted for who he is. The sole human raised on an Esarelian cruiser, his attempts to belong led only to disaster and him becoming a fugitive. When he is invited into the home of a Teraburan clan leader, he finds a place where he could finally put down roots. But his past haunts him, and he will need to make peace with it if he wants any kind of future in his new home.

Not everyone approves of Jiya and Mahsan’s friendship, and some will stop at nothing to keep them apart. As the unlikely pair discover their true calling, they will have to confront everything they thought they knew and learn to see themselves as they never have before. 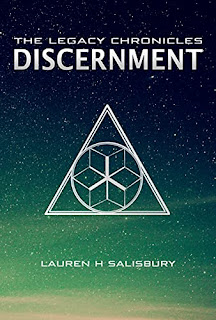 You can purchase Discernment HERE, and find the other books in the series HERE. And make sure to connect with the author on her website, Facebook, Twitter, and Instagram!
And I didn't forget about the giveaway!! Enter below, and for extra chances to win make sure to stop by the rest of the stops on the blog tour (find the full schedule HERE) and collect the word and number for each! The number and word for this stop are 14. want. Good luck!
a Rafflecopter giveaway
Thank you so much for visiting today, Lauren, and congratulations on your new release!!
Posted by Laurie Lucking at 4:00 AM