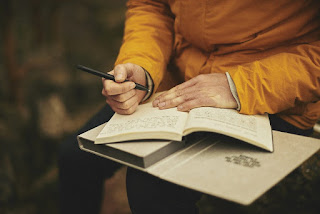 Showing and telling: two literary terms that are difficult to define.  Sometimes it’s labeled as using passive voice vs. active voice (replacing any use of the verb “to be” with something more vibrant and active).  Others might call "telling" an interruption in the story where the prose reads like a distant narrator directly explaining to the reader what’s going on, jolting a reader out of the Point of View.  There are even more abstract definitions, like experiencing a scene in a more “organic” sense, instead of being told what’s happening.

It’s almost universally accepted that showing is superior to telling.  And to some degree, I agree.  The concept of showing, at its core, is immersion.  Drawing the reader into the body or perspective of whoever is telling the story, so they can become lost in the narrative.  To reach a point where the words fade away and you truly escape to a different world.

Until you get lost.  Confused.  And this is the greatest weakness of only showing.  Without clear and concrete direction, a reader may often have to go back and reread passages.  So, this begs the question, when should you tell, and when should you show?

To help, here are some good questions to ask yourself as you edit your own manuscript:

Where are the characters in relation to each other?  You don’t need to tell this in every single paragraph, but establishing location and proximity are great ways to provide a better picture for the reader.

What are the characters doing? Make sure that actions are clearly assigned to each character, so the reader doesn’t end up confused as to who is doing what.

How are they doing the action? Give us a sense for how the action happens, whether it is gentle, rushed, harsh, etc.  The more vivid the visual, the better the picture becomes for the reader.

What action is happening next to propel the scene forward? This is especially important with action scenes.  It’s easy to get caught up in having the reader directly experience the pain of the fight from the perspective of the protagonist. However, when you show too much of a fight without telling what’s happening, it can come across as chaotic and confusing.

Clarity.  Function.  Direction.  You goal with utilizing “telling” as a literary tool should always be to keep the story grounded, so you can hook your reader and propel the plot forward.  The best advice I’ve ever received is to tell a little but show a lot.  And that balance is key to an effective book. 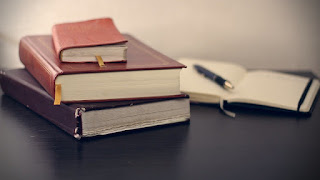 What are some of your thoughts on showing vs. telling?