One of the most magical things about writing is when your character comes alive to you. It's an amazing thing, and I've noted that those characters most alive to me, most loved by me, are those most loved by readers. Creating characters—main characters and secondary characters—that come alive to us as author and to the readers, however, isn’t always easy. Sometimes as readers, especially with more comical fiction, we want to keep a distance from the characters and just laugh at their continual impulsiveness or stupidity. But sometimes, it’s nice to go a bit deeper into a character, to see in them our own struggles and quirks, or those of a loved one, to see them suffer and overcome, to change for the better. I don’t have a fool-proof, five-step plan for creating true-to-life characters, but I wanted to share some things I’ve found helpful. 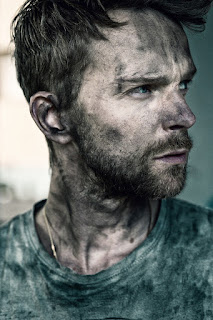 1) People watch, and I don’t mean just stare at people walking through the mall. Pay attention to characters in books and movies that either feel real to you or don’t, and figure out why. Consider the people you know and see, but also consider yourself. Your own experiences, quirks, habits, desires, and struggles are valuable. After all, you’re real. Others have struggled in the same ways you have and would connect to that in a story. The circumstances don’t have to be exactly the same, but some of the emotion and struggles will transfer. Find out those odd quirks some people have and include those—don’t just stamp one on thinking it will take an otherwise flat character to “real.” Quirks help build characters but don’t make them.

I recently found out about something called a sun sneeze—apparently, certain people sneeze when walking outside into bright light or look up at the sun when they feel an urge to sneeze. I’d never heard of this before, but when I mentioned it to friends, they got excited and told about how that happens to them or to someone they know. If they got that excited about me mentioning it, think how it’d be to read about a character who does that same “strange” thing. Notice things like that, things like how some people always put on a baseball cap as soon as they leave a building, or how some lean back in their chairs while others are always waiting, fearing the moment when they fall backwards. What are the other characteristics, temperaments, etc. of those people? Real-people things that help fill out characters.

2) Read books about real people, and I don’t mean just read biographies. I mean read books about developing relationships and personal growth. We want to be healthy ourselves (emotional, mental, etc., not just physical), and we want our characters to be moving toward health (well, I like to read about and write about this kind of main character). So reading personal growth books is good from that perspective, but it’s also good because these books have case studies about real people and tell us things we can’t see about those people at the mall. They show us inside people, the things that influenced them into insecurity or entitlement or hard work. What influenced or didn't help them change, what that process looks like. Character arcs and the influences on characters need to be authentic and personal growth and relationship books are great references for that. You could also talk to people with similar struggles or achievements as your characters.

I’ve read and recommend The Five Love Languages by Gary Chapman, Boundaries by Drs. Townsend and Cloud, The Entitlement Cure by Dr. Townsend, Love and Respect by Dr. Eggrich, even Dave Ramsey’s books on finances since money is a huge part of life. Leadership books are good too, especially if you're writing a character who is a good leader (or has a mentor), or a bad one. The Art of War by Sun Tzu is one book recommended for leaders as it gives advice on leadership and tactics that can be applied to many situations, not just military ones. If you’re writing Christian fiction, especially speculative fiction, then developing your understanding of theology, worldview, and religion is essential. All people have views on those, your characters included, whether or not you bring those to the forefront of your stories. Also, including those aspects as bigger players in your world building gives you a greater range of character depth and interaction with the world and other characters to play with.

3) Don’t be afraid to write the character that comes to you. I tend to want my stories to be light, my characters as near perfect as I can get them without annoying readers. But the setting of my most recent novel, Wrought of Silver and Ravens, was different from my other stories. The world was less tame, less safe, and that influenced my characters. They struggled more with life and death and experienced greater hardships. I let that show, not in an overwhelming way, but enough that it made them more real, I think, and readers appreciated that.

Also, include the good with the bad elements of your characters. Even the most loving parents hurt their children in some way, program them to fear or disrespect certain things. Don’t be afraid to show that. It doesn’t have to be a huge thing to the story; just a part of the character.

4) Explore the characters. But rather than start exploring characters by answering a long list of questions about them, try writing scenes with them, even scenes you might not want to keep. Flesh them out on paper as they interact with characters or face some dilemma. Sometimes they come alive that way. Sometimes, you do need to ask specific questions, but make these deeper than just hair color and such. And if you do answer questions like “Where did you character go to high school?”, ask yourself how this influenced who your character is rather than simply dig up a name. Was it a school full of immoral classmates who forced your character to learn to say no very early, to feel isolated, maybe self-righteous too? To get hooked on drugs? Or an average school, one that didn’t challenge or change a character too much? Who were his parents? Ask more than their names—how did their childhoods affect their parenting and so the main character's view of himself or his approach to work or play? What prejudices, fears, desires do they have?

5) Love your characters. Sometimes this comes naturally, but sometimes we have to work on it a bit. In Wrought of Silver and Ravens, I immediately fell in love with the hero and some of the guards he interacted with. It showed and early readers loved him a lot more than the heroine. I had to go back and dig a little deeper into her and re-write her early chapters. I had to, as an author, figure her out and love her in order to even expect my readers to care about her. So check to see if you love your characters. If you don’t, ask why not, ask what they could do or how they could change to make you care deeply about them. Showing your characters doing right things even if it’s hard or they don’t want it, is a powerful draw, as is showing characters caring for others they are in relationship with.

Which story characters do you find the most real? What helps you create real characters?

Email ThisBlogThis!Share to TwitterShare to FacebookShare to Pinterest
Labels: characters, Lizzie, On Writing