We're excited to welcome special guest Rebekah Shafer to Lands Uncharted today as part of the blog tour celebrating her upcoming release, The Luck Child! I'll share more about Rebekah and her novel below, but first, she has an in-depth look at her writing process for The Luck Child and the way the story reflected aspects of her own life. Enjoy! 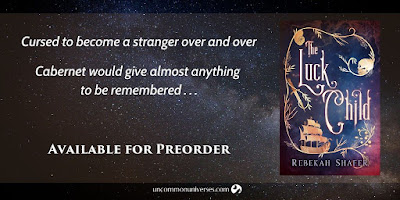 When The Story Echoes You

Picture the scene - a girl, let’s forget her age, sitting at a desk that used to be her grandmother’s. There’s a fresh cup of double espresso with honey steaming on a makeshift paper coaster. There’s the room, a room that she shared with her sister for two decades at least, it is now just hers. Somewhere in the house, bins of tumbled together wedding decorations are waiting to be sorted and put away. Books are waiting to be reorganized to fill in the gaps left behind. And inside the girl, a story wants to come out. She doesn’t know it yet. She just feels it, like a dull pressure. And as she listens to a new album from Two Steps From Hell, she suddenly sees a sailing ship made from ice and fog, and a captain that no one remembers.

When I first began developing The Luck Child for its earliest draft, the process went insanely fast. I knew I wanted to take part in NaNoWriMo’s new “Camp” in April 2014 - and I figured the whole project would just be an exercise in writing descriptions and so didn’t put a ton of thought into the story. I just knew I had this Captain character, and I knew he was a very outgoing gregarious sort. “What,” I wondered, “would be something that could drive and motivate this person? The actual worst thing to happen to him?” “He craves connection,” I answered. “So what happens if we take that away?”

The project straight-up consumed me. Over the course of six weeks I wrote an 80,000 word first draft. The novel switches back and forth in time, delivering hints and contrasts as it goes, but I wrote the story in chronological order. The childhood chapters first, then copying them into the adult storyline as I progressed. There was a magical rhythm to it. The mood and the characters and the settings just kept pouring out, and the espressos kept coming. At the time, I thought I had just got hold of a great and compelling idea and was at the top of my writing game. What I didn’t realize was the story was trying to tell me about my own life.

At the time I did not own words like depression and isolation. They were things I had heard about, but not things that happened to me. The Luck Child was just a beautiful book about a very lonely little boy finding a friend, right? Right? 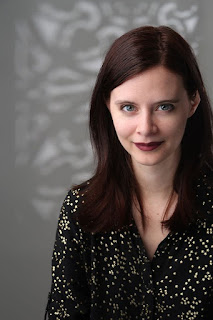 When I began the editing process for publication - six years later - I suddenly realized that all the signs had been there. Between the magic and the glittering adventure and the charm of a talking cat, the hero (Cabernet) never had feelings about things. Never cared about things. Never wanted things to happen. All that was left for him was a deep raw ache that he tried to numb with magical parties and beautiful places.

It was, quite frankly, shocking to encounter my past self that way. I sat there surrounded by editor’s notes feeling all the old, old echoes. It was a surprise trip down memory lane - or, in this case, memory highway. Suddenly I was back at the end of that six week period - writing “The End” and then slip-sliding down into a world of adrenal fatigue, deep depression, inability to write, and a feeling of loneliness I could dodge if I just ate less and did more. An emotional blackhole that took three years to recognize and another three to climb out of. The process was so important and so slow I’ve never been able to really measure it. Going back to work on The Luck Child was simultaneously encouraging and devastating. I could see how much personal progress I had made since writing it. I could see just how bad it had been.

And the story had known.

Throughout the editing process I tried to maintain an homage to the original journey while (of course) putting in desires and feelings and dreams where there hadn’t been any. Those pieces are integrally important to a good story. My idea was to keep just enough in there that readers who struggle with depression might notice the traces - the suggestion that even book heroes give up sometimes - and feel a little more seen. A little more equipped to find their own personal magic and face their own challenging backstories. And it felt oddly empowering, to be able to engage with a piece from years before and add in what I’d fought for and learned.

The Luck Child is what it is. A YA fantasy novel with delightful magical creatures, a talking cat, high-jinks, shenanigans, and a wistful charm akin to paper lanterns in the dark. But to me it’s always going to be the best sort of time capsule. A story that holds splinters of a six year journey that is only really just beginning.

What a beautiful journey, Rebekah. Thank you so much for sharing with us! Here's a little more about the author:

Rebekah Shafer is a thirty-something-year-old living in Georgia, USA, who got tired of spending an awful lot of time and energy trying to Be an Adult the Right Way.

Now she writes stories in a small house painted green on the inside, with plenty of jazz vinyl albums, a problematic front lawn, and two grey cats who look just enough alike to confuse house guests. 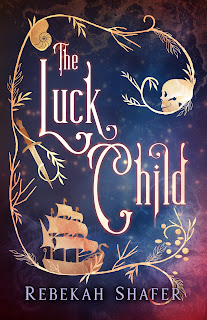 Cabernet would give almost anything to be remembered--except his freedom.

Cursed to be eternally forgotten, Cabernet grew up walking a dangerous, lonely line between the world of mankind and the world of fairy. Now known only by a faceless reputation as a rogue and fairy aficionado, he wanders ceaselessly with the cat Maugrim as company.

Then the king dares order him to eliminate a magical foe in northern waters, and threatens to attack fairy lands if Cabernet refuses. As an increased annoyance, he is saddled with a stiff naval officer, the king’s elderly personal advisor, and the advisor’s nurse, a charming young woman named Rosemary who can inexplicably remember him.

Cabernet wants to complete this mission quickly without actually facing the enemy, a dangerous enchantress who nearly killed him before. But sea perils and fearsome monsters blindside his every trick and turn. Moreover, he is somehow growing fiercely attached to the human tag-a-longs.

As the enchantress’s deadly net tightens around them, Cabernet must face the terrors of his past in order to save his new-found family--and future.

Enjoy this standalone YA fantasy that combines dark whimsy with fairy tale magic, plus a side of Oliver Twist and an enchanting romantic subplot.

Eeep, doesn't it sound good?? The Luck Child is next on my TBR pile, and I can't wait! It releases on June 9th and can be pre-ordered from Amazon, Barnes & Noble, Kobo, or Apple (or order a signed paperback copy here).

Thanks again for visiting today, Rebekah, and congratulations on your new release!
Posted by Laurie Lucking at 4:00 AM