We are so excited to welcome Tori V. Rainn to Lands Uncharted to celebrate the release of her debut novella, Curse of the Blacknoc Witch! I had the opportunity to read an early version of this story (and to work with Tori on our critique group's anthology of fairy tale retellings, Encircled), and her writing is always full of creativity, humor, and heart. Today, this lovely lady took the time to answer some questions for us - enjoy! 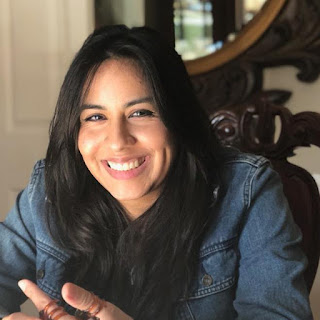 I’m mostly a fantasy writer but also dabble in other genres like horror and sci-fi. I’m the youngest in my family of two old brothers. I grew up in a small town in Texas and have always considered myself a bit of a nerd - DC and Marvel fan and lover of video games. My love for writing and reading came in my teens.

I would say no. Writing is never something I’d imagined myself doing. I didn’t discover my crazy imagination until in my teens when I had a story idea for a video game that was adventurous. Not long after that idea was born I decided to instead start a novel. I wrote my first three chapters of that novel and never picked it up again, haha, mostly because I didn’t know a thing about writing. It wasn’t until I took a writer’s course when my writing journey took off and I began writing countless short pieces that eventually led to novels and novellas. When I saw that this writing flame of passion wasn’t dying any time soon I realized it was something I should be doing.


You do have an incredible imagination! Which fictional character (book or movie) do you most relate to, and why?

I have trouble relating to most characters so I will mention a character I admire, which is Angelina Jolie’s Maleficent. After being betrayed, she’s set to inflict harm on the one who caused her pain. She takes pleasure in the harm she’s inflicted but the walls she’s put around her heart slowly crumble when she falls in love with Aurora. She sees Aurora as her daughter. Not only is the relationship between Maleficent and Aurora beautiful but the transformation of Maleficent’s heart is admirable.


I still need to see that movie! We’re all about exploring new worlds here at Lands Uncharted—if you could choose one place to visit, real or fictional, where would you go?

It would either be New Zealand or Ireland. I don’t know why I’ve always been attracted to those places but every time I see pictures of those beautiful places I just want to go there. I wouldn’t mind touring a castle or staying in a manor in Ireland. How amazing that would be? It’s a dream of mine.


Ooh, that would be amazing! What advice would you share with an aspiring author?

Write what you love. Others may or not agree with what you write but you must stay true to yourself. Don’t follow trends. Follow and make your own path. Procrastination is your worst enemy. You will do yourself the biggest favor by finding a way to get ahead of procrastination. Remember, you’re a writer when you’re doing one thing: writing. 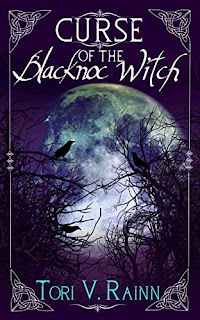 Great things to keep in mind! Your debut novella, Curse of the Blacknoc Witch, released in April! Congratulations!! What inspired you to write it?

I love stories with good vs evil themes and I’m especially fond of monster/ghost stories so Curse of the Blacknoc Witch is the product of my personal interests that’s held together by one core idea I really wanted to tell in this story. That core idea was showing characters facing their monsters, something the reader doesn’t necessarily have to take literally from the story. I also wanted to focus on showing the reader that just because you may feel like a monster, doesn’t mean you are one. Samuel’s redemption is a testimony to that.


I love that, Samuel is such a great character. Did any of the events in the book surprise you as you were writing?

Probably everything surrounding the curse surprised me. I had no clue how to go about developing the curse. The supernatural elements that made up the curse took me by surprise. It was dark and twisted just like the witch, and while it seemed fitting, it still wasn’t what I expected. I'm happy to say I'm pleased with the end result.


It's definitely a dark curse, but it makes the story so cool! Can you give us any insights into your next project?

Yes, of course. My 60k fantasy is about two siblings who are chosen for an ancient challenge. They must compete against other groups and use their powers to capture magical animals roaming the forest and to fight against ailiarants who completely detest everything the siblings stand for.

Ooh, I'm intrigued! Thank you so much for sharing with us today, Tori! Congratulations again on your new release! Here's the back cover blurb for Curse of the Blacknoc Witch:

Samuel dreamed of being a lot of things, but a monster trapped in a forest realm never entered his mind. The Blacknoc Curse wasn’t supposed to be true, only a children’s story meant to persuade them away from evil. Yet, here he was tasked with hunting cursed kids. There’s nothing left for Samuel except the horror surrounding him. Layla, a young girl tormented by the same curse, is dropped into the terrifying forest every night, running from the monsters intent on taking her life. She meets Samuel and vows to save all the children, especially Samuel, from their torment. Working together can they defeat the Blacknoc Curse?