In my family, we rarely watch television. It’s not that we have anything against this type of media—we’re simply too busy. As with most everyone else in the world, life moves quickly and there’s not enough time in the day. So I found it interesting when my husband discovered The Voice on NBC. I found it surprising when I noticed he was making a conscious effort to watch it every time it came on.

In case you are unfamiliar with The Voice (as I was until five-ish seasons ago), here’s a brief run-down. Amateur vocalists from all over America audition for the chance to win $100,000 and a contract with a major recording label. After the initial blind auditions where four famous musical artists build teams of likely candidates, the chosen vocalists are mentored by the artists who picked them as they compete in a series of elimination-style performance challenges. They compete until only four remain and one is chosen as winner. Then the cycle starts over again.

I’m not as much of a fan as my husband, but I enjoy watching the show with him, and I find myself drawn in more often than not. As I watched this week’s episodes, I kept thinking about how much writers can learn from it.

1) We’re all on the same journey

Just as the contestants, stage performers, and coaches on The Voice are all involved in the music industry at some level, so, too, are all writers working to achieve the same goal. Whether unpublished or multi-published, traditionally published or indie, we all follow the same route: dream of writing, craft a manuscript, publish said manuscript, and work to get that manuscript known by the people who will love it.

Our individual journeys differ, but that doesn’t mean one experience is necessarily better than another. While traditional publishing might work very well for some, indie publishing works better for others. In today’s industry, neither form is superior – only more beneficial to the individual involved. If the journey to a destination is the best part of the trip, then what does it matter how we get to where we’re going as long as we all get there? 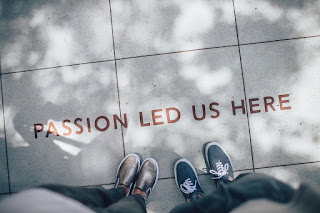 One of the best aspects of The Voice is the effort the coaches go through to help their team members win. These famous, well-established, popular artists take the time to deeply invest in the lives of their mostly unknown, inexperienced team members. They don’t just toss out a few tips at a couple of get-togethers. They help their team members make connections by bringing other industry-acclaimed artists into training sessions and performances and often stay connected with team members after the season ends, maintaining long-term mentor relationships.

This is what Tim Grahl, a platform building specialist, calls being “relentlessly helpful” in Your First 1,000 Copies: The Step-by-Step Guide to Marketing Your Book (not an affiliate link). As authors, we have so much to offer those who are not as far along on the journey as we are. It may be tough to find the right tribe and challenging to carve out the time, but making the effort to invest in others is more than just a good idea. It’s also a great way to foster personal growth. After all, who can teach something he or she knows little about? Additionally, it’s not uncommon to discover that the people being invested in possess knowledge and experiences their mentors benefit from, as well. 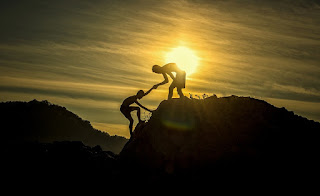 One of the things coaches of The Voice often tell their teams is (roughly paraphrased): Not advancing to the next round doesn’t mean their careers are over. If nothing else, competing on The Voice at any level helps contestants get known, and every opportunity to become known combines to make each individual’s platform stronger. Contestants are encouraged to take what they’ve learned, to find ways to implement that knowledge, and to keep trying until they achieve their goals. If they are truly determined, then it’s only a matter of time until their efforts yield results. Similarly, contestants are warned that winning The Voice doesn’t guarantee their careers are made. It takes a lot of hard work to make the most of the opportunity that winning presents. Vocalists still have to write new songs, rehearse, tour, and continually build their platforms. Ironically, the work is much the same for those who win as it is for those who don’t.

So, too, in writing. We all dream of penning the next mega-million dollar bestseller, but our careers are not doomed just because our debut works don’t instantly rank number one on any given (and highly subjective) chart. If we implement what we learn, and if we’re truly determined, it’s only a matter of time until we achieve whatever level of success we hope to attain. Once we do, we must continue to work hard (yes, even at marketing). Only then will we see our careers thrive. 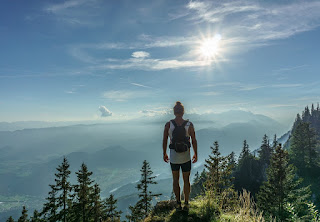 What do you think? I'd love to hear your insights and observations. Let me know in the comments below.

Until next time,
Happy exploring!
Posted by Lauricia Matuska at 4:00 AM