A Dance of Shadows by Erica Marie Hogan (Laurie)

I've gushed about Erica Marie Hogan's books before, such as when I listed her frostlings among my Top 3 Wintry Fantasy Creatures and when I included A Dance of Shadows on my Top 3 Books Coming Out Later This Year post. Now I'm excited to share a review of A Dance of Shadows, which just released yesterday!! I'll also include an overview of the first book in the series, Winter Queen, to avoid confusion :) 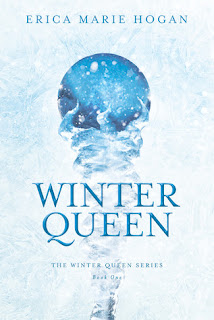 Winter Queen follows the paths of the three Sundragon sisters, who were separated when a usurper killed their father and took his throne years before. After encountering the dying Winter Queen in her flight through the forest, the eldest, Adlae, has become the new Winter Queen. She's been biding her time, but now she feels stirrings that it's time to return to her kingdom, bringing the wrath of a winter storm in her wake. Brae, the middle sister, sacrificed herself to allow her sisters to escape, and now is married to Brecken, the usurping king's guard and adviser. Brae struggles with competing loyalties to her husband and to the Sundragon family, and fears for the safety of herself and her daughter as the king's corrupt sister turns her eye on them. Meanwhile, Mirae, the youngest, believing Adlae to be dead, has been taken in by the Woodland Folk as their queen and prepares to fight to take back her family's kingdom. Each sister's movements set in motion ripple effects that sweep across their kingdom and far beyond, producing waves of unrest and hope that the Sundragon lineage will not be so easily set aside. 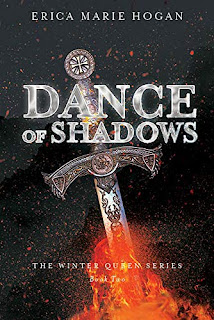 A Dance of Shadows takes each character's journey further as the kingdom reels from the brutal killing of Brae Sundragon. Mirae's warriors are on the move, now prepared to fight on behalf of Adlae, but she questions whom she can trust. Adlae finds herself torn between two devoted men who would die for her as she plans her next step and ventures into the shadows to discover her fate. Brecken suffers in the dungeon for his loyalty to Brae until his sister miraculously frees him. The story expands further to the king's other sister, Damari, who saves the life of Brae's daughter, then ventures to the mountains to learn about her emerging, uncontrollable power, and to the kingdom of Molderein, where a new queen seeks to undo years of turmoil and create a new ally for the Sundragons. Secrets are uncovered and magic unleashed as each faction anticipates the coming battle.


As you perhaps can tell, these books are really hard to summarize due to all the characters and moving parts! But let me assure you, it all makes sense and comes together really well during the reading experience. And I loved that all the intertwining storylines didn't feel random or haphazard, especially in the second book it became clear that every plot thread is building for a particular purpose and the author has a specific destiny prepared for each character, even ones that seemed minor at first. And speaking of the author, her prose is just lovely. The books have a very lyrical feel to them, and the details of the intricate world-building flow naturally and deepen throughout the series. Despite the large cast, I found each character distinct and well-rounded, and I especially enjoyed the changes in Damari as her magic unfolds and the interesting position of Adlae as the Winter Queen. I also really appreciated the strength of the Sundragon sisters - they have a deep bond with each other, and their courage shows itself as they do their best to fulfill the Creator's plan for them rather than in showy bravado.

I came into A Dance of Shadows with high expectations and was not disappointed! It broadened the scope of the fantasy world, brought in new characters' perspectives, and raised the already high stakes. It was one of those books that I partly wanted to devour to see what would happen, and partly wanted to read carefully to savor every beautiful sentence. I can tell the author is building toward an epic conclusion, and I can't wait to see how she brings it all together!!

I would highly recommend this series for fans of epic Christian fantasy - vivid world-building, lots of action, and a palpable undercurrent of hope. If you're interested, you can find the books here :)


Have you tried this series yet? What books would you recommend that have well-executed world-building? Do you enjoy books that focus on one main storyline, or do you like complex plots with lots of moving parts?