We're excited to be part of the blog tour celebrating the release of Armor of Aletheia by Ralene Burke! The author has visited before to share this interview, and today we get to spotlight her latest release! But first, here's a little more about Ralene: 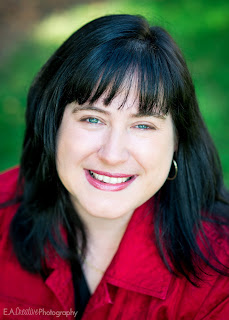 Whether she’s wielding a fantasy writer’s pen, a freelance editor’s sword, or a social media wand, Ralene Burke always has her head in some dreamer’s world. And her goal is to help them SHINE BEYOND! She has worked for a variety of groups/companies, including Realm Makers, The Christian PEN, Kentucky Christian Writers Conference, and as an editor for a number of freelance clients.

When her head’s not in the publishing world, she is wife to a veteran and homeschooling mama to their three kids. Her Pinterest board would have you believe she is a master chef, excellent seamstress, and all around crafty diva. If she only had the time . . .

Find out more at raleneburke.com.


And now you want to hear about her BOOK, right?? Armor of Aletheia released at the end of August and is available on Amazon and Barnes & Noble. Here's the back cover blurb: 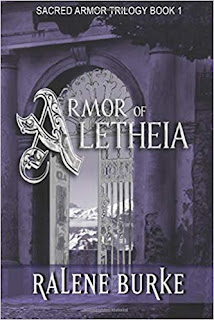 The death of the king sets in motion a chain of events that change Karina’s life forever. Thrust out of the royal city, she must leave her world behind to seek out the Armor of Elohim in order to save the very people who now hunt her.

Meanwhile, the opportunistic warlock waiting to unleash hell knows Elohim has already chosen his warrior, so he sends his own bounty hunter to retrieve her. After the bounty hunter abducts her, he witnesses her gentle nature and strong independence, and he finds he can’t turn her in.

Together, they set out to retrieve the armor and defeat the hordes of creatures sent to destroy them. But is his heart secure as he faces certain death for defending the princess? And will Karina be able to rise above her circumstances to become all Elohim intends her to be? Failure for either of them will condemn the world to eternal darkness.


This story sounds amazing, and I'm already hearing great things about it! Make sure to stop by the Armor of Aletheia Facebook Release Party on October 9th! Congratulations on your new release, Ralene!!
Posted by Laurie Lucking at 4:00 AM