We're excited to be part of the blog tour celebrating the release of Resilience, the third book in the Reluctant Warrior Chronicles by Amy Brock McNew that just released yesterday! Amy has visited Lands Uncharted several times before to share an interview and her Top 3 Favorite Characters from the Reluctant Warrior Chronicles. Now we're going to give you an overview of the entire series so far, because there's a lot happening! But first, here's a little more about the author: 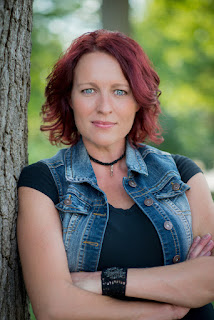 Amy Brock McNew doesn’t just write speculative fiction, she lives and breathes it. Exploring the strange, the supernatural, and the wonderfully weird, Amy pours her guts onto the pages she writes, honestly and brutally revealing herself in the process. Nothing is off-limits. Her favorite question is “what if?” and she believes fiction can be truer than our sheltered and controlled realities. Visit www.AmyBrockMcNew.com to learn more about this intriguing author.


And now, here are blurbs for each book in the series, including several novellas! Did I mention there's a lot happening here?? 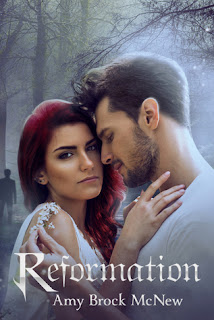 Every blaze emerges from a single spark.
Every diamond is created under extreme pressure.
Every story has a beginning and an end.
This is theirs.

From the moment they met, the intense connection between Liz Brantley and Ryland Vaughn ignited a fire that quickly raged to an inferno. Ryland accepted all of her, even what she saw as her curse, and gave Liz a peaceful hiding place from the demons that haunted her.

That bond is tested when evil is no longer content to hide in the shadows.

Forced to accept a new, confusing reality, Liz must learn to fight the hounds of Hell intent on destroying her world, or die trying.

But battling the demons within may be the bloodiest struggle of all.

Will her destiny tear them apart? Or will true love really conquer all?

Go back to the beginning and find out what brought Liz and Ryland together, and what may divide them forever. 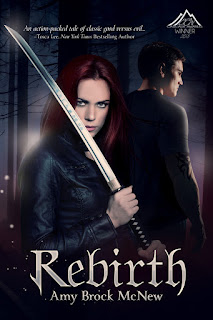 Liz Brantley has a gift she wants to return.

Able to see and fight demonic forces, she has spent her life alone, battling the minions of hell bent on her destruction, running from the God who gave her this curse. Drawn to her abilities, the demon Markus unleashes havoc on her hometown and pulls Liz further into the throes of battle.

She’s desperate for a normal life.

When she meets a mysterious man who seems unaware of the mystical realm that haunts her, the life she’s always wanted moves within reach. But her slice of normal slips from her grasp when an old flame, Ryland Vaughn, reappears with secrets of his own. Secrets that will alter her destiny.

Torn between two worlds, Liz is caught in an ancient war between good and evil.

And she isn’t sure which side to choose. 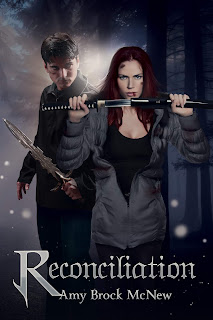 Finally. Finally everything is coming together for Liz Brantley.

She’s marrying Ryland Vaughn, the man of her dreams. She’s embraced her calling and battles the minions of hell bent on her destruction. And she’s left her dark past far behind her.

Or so she thought.

A secret she holds close, stuffed down deep, surfaces at the wrong time for everyone in Liz’s life, leaving a trail of devastation. Left reeling, Liz wonders if she made a mistake, putting her trust in God, her guardian Arie, and Ryland.

And the demon Kade capitalizes on her shaken faith. With a vengeance.

Torn between her tortured past and the future she craves, Liz is desperate to defeat every demon that stands in her way.

Before all hell breaks loose and swallows her whole. 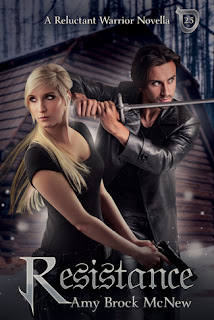 Resistance (a novella between books Two and Three)

Nate Vaughn lives in Ryland’s shadow, always the little brother, always the screwup. After their parents die, he embraces a world of greed and destruction. There, he is powerful, using his God-given gifts to demolish those weaker than he.

He is untouchable. He is in control. Or so he thinks.

Ilona Romenenko is a survivor. She has endured unimaginable torment at the hands of evil and remains unbroken. Her mission: to save those who suffer as she did. Yet she encases the deepest parts of her heart in steel to protect herself from further agony.

She is untouchable. She is in control. Or so she thinks.

When Nate and Ilona are called to fight side by side, their pasts collide, forcing them to face their demons and the growing feelings between them, stealing precious control. Will Nate let go of his past—and will Ilona open her heart—before their demons destroy them both? 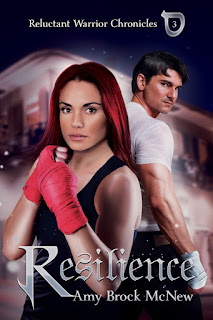 The fiercest warriors emerge from the most brutal storms.

Liz and Ryland Vaughn have fought hard to survive every threat that’s risen against them. But nothing they’ve faced compares to the battle to come.

As they settle in to married life, all seems perfect and quiet. Too quiet. Being a warrior doesn’t allow for peace.

Then one vicious moment throws their world into upheaval and rips their hearts to shreds.

Wanting to get away from it all, they accept a mission to New Orleans to assist fellow warriors. Ryland hopes the time away will repair the rift between them, but the chasm only widens as they face an enemy so subtly horrific, they don’t even know they’re falling.

As they descend into darkness, Liz’s past once again rears its ugly head.

This time, it takes Ryland along for the ride.

Can Liz and Ryland undo the damage to their marriage and hang on to their faith while completing their mission? Or will they fall to temptation and lose everything they’ve fought so hard for?

As you can probably tell, this is one intense series! Which leads to a disclaimer: the Reluctant Warrior Chronicles are excellent paranormal fantasy stories, but they are geared toward a new adult / adult audience and thus surpass the PG - PG-13 rating we typically maintain on Lands Uncharted. I would only recommend these books for older teens and adults. If that's you (or if you're a teen who wants to start collecting them to read later!), click on the titles above for purchase links. (Note that the prequel novella, Reformation, is available for FREE on Amazon!)

Congratulations on your new release, Amy!
Posted by Laurie Lucking at 4:00 AM