A college friend, whom I hadn't talked to in ten years, recently contacted me to say she'd stumbled across The Rose and the Wand, read it, liked it (fortunately for me!), read my biography, and then realized she knew me. It was great to hear from her, and while we were catching up, she asked what inspired my novel. This is a popular question for authors and one that always interests me, so I thought I'd share a few of my favorite story inspiration stories. 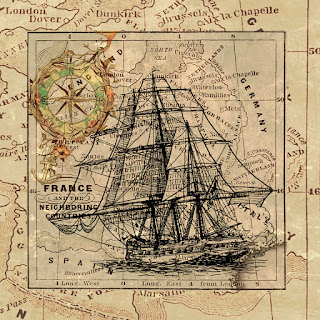 1. C.S. Lewis's The Lion, the Witch, and the Wardrobe  C.S. Lewis was always very imaginative. As a child, he and his brother, Warren, created their own world, called Boxen, with, not surprisingly, fantastic animals. But it wasn't this childhood story world that, per se, became Narnia. When Lewis was sixteen, his imagination was captured by a daydream of a fawn hurrying through snowy woods carrying an umbrella and a bundle of parcels. It wasn't until Lewis was forty that he wrote his famous story in order to find out where this mysterious fawn was heading.

2. Robert Louis Stevenson's Treasure Island This story proves the benefit of occasional boredom--of entertaining ourselves out of boredom, to be more precise. During a vacation in the Scottish Highlands, Stevenson passed the time by painting a map. As he looked at it, it was suddenly swamped by a crew of imaginary pirates. “They passed to and fro, fighting and hunting treasure, on these few square inches of a flat projection,” he said. And Treasure Island was born.

3. J.R.R. Tolkien's The Hobbit Sometimes my mind wanders while I'm at work. It's comforting to know I'm not the only one. Tolkien, a professor at Oxford University, was grading exam papers when he came across a blank sheet of paper, and promptly wrote down the first thing that came to him: "in a hole in the ground, there lived a hobbit." But what was a hobbit? And why did it live in a hole in the ground? Fortunately for us, these questions so captured him that he wrote his beloved story, and its companions The Lord of the Rings, to find out.

To discover what inspired several other famous stories, you can visit this Writer's Digest article.

(The Rose and the Wand, by the way, was inspired by the question, who was the enchantress who turned the prince into the beast in the Beauty and the Beast tale? And what if she were under a curse herself?)

What do you think of these? Do you know of any other fun story inspiration stories? Or what inspired your stories?