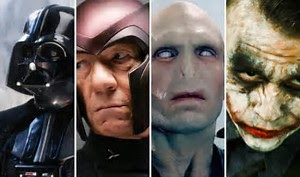 A few weeks ago, I began fleshing out a villain from a work in progress (WIP) and learning about him and his backstory. I filled out a character sheet with vital statistics, flaws, strengths, goals, and obstacles. Then, I wrote a little about where he'd been and what he'd done from birth until the age he was now. Finally, I interviewed him. Grilled him, really, like Dr. Phil McGraw would. My villain was less than thrilled, but I got it all down.

But when I sat back to review his information, my villain suddenly seemed less villainous. I didn't hate him. After all, this guy had it rough. So, I posted to a Facebook group to share my struggle. This had never happened to me before. In the past, my bad guys stayed bad. All day, all the way. And they were never, ever pitied, or excused, or offered redemption. Did this happen to other writers? Was I weird or demented? Maybe my villain needed to be rewritten... 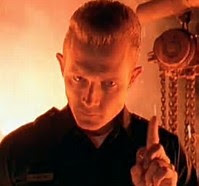 The responses came pouring in. Everyone had a comment, and the dialogue continued for four days. I wasn't alone. After reading the responses, I started thinking about some of my favorite villains. Only a few of them were completely evil, with no redeeming qualities -- Cruella de Vil, Voldemort, and  T-1000 (from Terminator 2).  The ones with complex backstories were the most interesting -- Darth Vader, Severus Snape, and Magneto, to name a few. One villain in particular, Levana (from Fairest in The Lunar Chronicles), was horrible, and her backstory was heartbreaking. I never warmed up to her and still consider her one of the worst villains I've read.

"Villainy is but a matter of perspective." - Magneto


As authors, should we feel sympathetic for our baddies? Sure, but don't make things easy for him or excuse his actions. Evil is evil. A lousy childhood does not give anyone a free pass to become a psychopath. And chances are, he has some soft spots, things he cares about. The piece of advice that helped me the most was from (I think) David Farland. He said every villain believes he's a hero. He doesn't see himself as a bad guy. If we write our villains from that angle, it will add a layer of complexity to our characters.

I'm a bit embarrassed when I think back on my previous villains. Their backstory was weak and nebulous. Giving a villain a strong, complete backstory matters. It makes them the horrible character the hero must defeat to attain his goal and win. After all, the more villainous the villain, the more fantastic the victory.
Posted by J.M. Hackman at 4:00 AM