The Coronation by Livy Jarmusch (Laurie)

We're excited to be part of the blog tour for The Coronation by Livy Jarmusch today! I'll include more about the tour and the author below, but first, here's what I thought of the book: 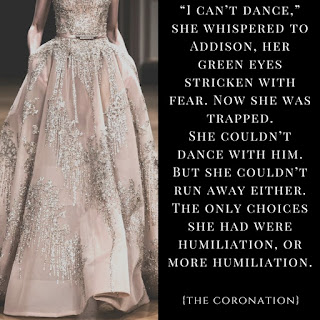 The Coronation follows the royal family of Tarusella before, during, and after the coronation of the eldest son, Prince Addison. Each of the eight siblings experiences different joys and challenges growing up in the sheltered environment of the palace with the curious eyes of the world constantly upon them: Addison nervously anticipates taking over the rule of Tarusella from his father mixed in with the pressures of finding a future queen, Bridget is recovering from heartbreak and wishing for a more normal life, Chasity’s life is put in a new perspective when she gets assigned a new, handsome guard, Hope tries to find her place outside of her sister’s shadow and catches the attention of a pop star, Asher separates from his family members as he struggles with resentment of his older brother, Jillian wants to be acknowledged as a grown-up and escape her over-protective security guard, and even young Millie and Willie have some adventures, helping keep palace life exciting.

This book reminded me a bit of The Princess Diaries, in that it centers around the royal family of a made-up kingdom but otherwise doesn’t involve any fantasy elements. It was interesting to get a perspective of what modern life in a palace might look like, complete with interviews with teen magazines, high-tech security, and longings to have more “normal” interactions with the outside world. I enjoyed getting to know the Tarusellan royal family – it took a while to keep the siblings straight, but they each had unique personalities and their interactions made the reader feel like part of the family. I also appreciated the way the family balanced being in touch with the world while holding strong to their Christian faith. Each family member and a few other key players got turns in the spotlight, which almost gave the story the feel of a very clean soap opera, following a number of story lines instead of one central plot. 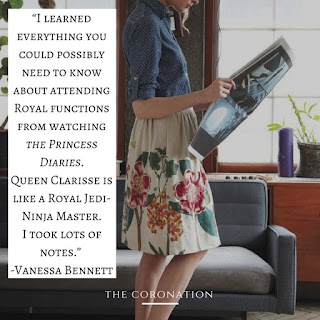 The author included some beautiful descriptions and wisdom during the course of the book, but I have to admit I wasn’t a fan of the way she jumped between characters’ perspectives throughout each scene – it made the reading experience a bit disorienting and made it hard to form a deep connection with any one character. I was also torn about how the characters’ Christianity was handled. On one hand, it was inspiring to see such a wholesome family with strong convictions who supported and challenged one another in their faith. On the other hand, many of the characters stood on such a moral high ground that they could be hard to relate to, and the way their thoughts and dialogue were expressed bordered on preachy at times. The romance left me in a similar state of conflict. Jarmusch was effective at building romantic tension and the outcomes of the potential romances were very sensible and probably what I would hope for in a parental capacity, but as a reader my inner romantic found them rather unsatisfying.

On the whole, this was a fun read with a good balance of light-heartedness and depth, perfect for younger teens looking to explore a new kingdom from a Christ-centric perspective.


You can purchase The Coronation on Amazon. Here's the back cover blurb: 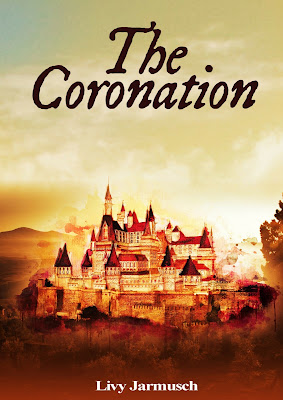 Prince Addison is only several weeks away from inheriting the Kingdom of Tarsurella. The entire Palace is ablaze with excitement, as the Royal Family prepares for the event of a lifetime. Despite the exciting event which is near at hand, Addison and his younger siblings (all seven of them!) must carry on with their daily activities.

Addison’s sisters, Princesses Bridget, Chasity, and Hope, have their struggles with being iconic European starlets of a modern day monarchy. The teen heiresses grace magazine covers, smile for photoshoots, and gracefully glide through important interviews–until a certain American popstar arrives on the scene. Kennetic Energy, the wildly popular band from the United States, is chosen to play at Addison’s Coronation. David Carter, the band’s handsome lead singer, fumbles through awkward moments with Princess Hope–in front of the cameras. When an embarrassing rumor sparks that Princess Hope is dating the young fellow, she is determined to get the band fired from their Royal gig.

Meanwhile, Princess Chasity is dealing with her own fragile affairs of the heart. Her new security guard, Hanson Fletcher, is completely captivating, yet entirely frustrating. She attempts to keep the entrance of her heart firmly protected, while following the wisdom of Proverbs 4:23. But can she be successful in guarding her heart, from her security guard? 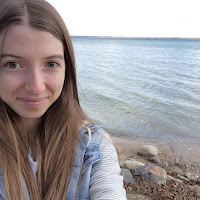 Livy Jarmusch is a twenty-something author, singer, and songwriter. She enjoys crafting YA Christian fiction that is pure, lovely, inspirational, and of course, entertaining! When she's not writing, you can usually find her playing guitar, blogging, drinking peppermint tea, connecting with new friends, planning her next trip to Disney, or pinning images of Europe and Golden Retriever Puppies.

Want to know more? Check out these other stops on the blog tour!


Also, the author is celebrating her blog tour with a giveaway! Enter below for a chance to win a $20 Amazon gift card!