Putting Yourself Out There (Laurie)

I hope you've enjoyed my All About posts over the past few months! I'll have at least one or two more additions to the series in the new year, but today I'm taking a break to talk about something else that's been on my mind lately...marketing. But wait, don't go! I know it tends to be everyone's least favorite topic, but I promise to try to make it as painless as possible.

The inspiration for this post came from some research I did on smaller publishers back when I was deciding where to submit my manuscript last year. One of the things I looked at was the number of reviews books by each publisher had, and I found some fascinating differences. I expected to see some measure of consistency among books within a given publisher, but that wasn't the case at all. Within the same publisher, one author's book might have 50 reviews, while another author's book had 5 or less. If we assume each author received similar attention from the publisher regarding cover design, editing, and promotion, what could cause such stark differences in reviews, and most likely, sales?

In almost every case, the author that had substantially more reviews was familiar to me. 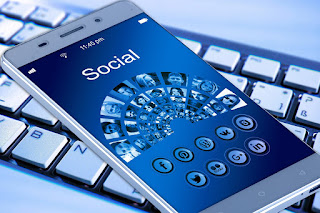 Now, I'm not saying any of them were household-name-familiar, in the realm of J.K. Rowling or Marissa Meyer. But I had seen their name before, sharing something on social media, posting in a writing-related Facebook group, guest posting on a friend's blog, etc. They were authors who not only wrote a great book, but also put themselves out there enough to allow people to find that book.

So, this of course leads to the big question - HOW do authors put themselves out there in a world that's constantly bombarded with media and advertising? I can't pretend to be an expert marketer by any stretch of the imagination. But based on my observations since noticing the connection between familiarity and reviews, it has a lot more to do with engagement and building connections than self-promotion.

The authors within my social network who seem to be the most successful rarely post about their books. They share openly about themselves. They respond when someone posts a question in a Facebook group. They encourage and help promote others. They engage in discussions. To sum it up, they act like someone I would like to be friends with. And when others think so, too, that seems to generate some book sales.

As anyone who follows me on social media can tell, I still have a long way to go before accomplishing anything like what I've just described. And even if I ever get there, I'm sure it's not a stand-alone model for selling books. But at least it's a start, and it sure feels a lot more attainable than attempting to conquer the mysterious fields of marketing and advertising. 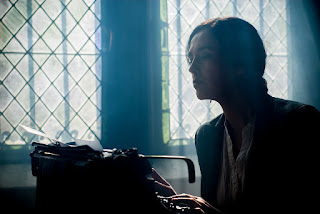 I know as writers it's so tempting to stick with what we know best: writing. But I'd like to challenge you to give some thought towards putting yourself out there just a little more than you do now. It doesn't have to be big, or even that scary. Join a few writing groups on Facebook and participate when a discussion comes up that interests you. Comment a little more often on your favorite writing blogs. When your author friend puts a new release or sale on social media, consider sharing it. Volunteer for guest blogging or interview opportunities, which can be an ideal way for both you and the blog host to reach new audiences. Open up and share an imperfection about yourself that others might be able to relate to.


I can't guarantee any or all of the above will in fact generate any book sales, but anything that increases your comfort level with getting your name in front of readers and fellow writers is a step in the right direction!


Now I want to hear from you! What commonalities have you noticed among successful authors? Have you tried any of these strategies in the past, or are there any you plan to try? Do you have any tips that I neglected to mention that helped you increase your visibility?