How to Evaluate Feedback, Part 2: Evaluating Its Resonance (Lizzie)

In my last On Writing post, we talked about evaluating feedback by first evaluating the evaluator, how it's necessary to consider the evaluator's experience and preferred genre and your own attitude toward the evaluator. That gives you context for the feedback. Today, we're going to talk about evaluating the feedback based on your feelings. That's right. Today, we're getting in touch with our feelings. Mostly so we can then ignore them. But sometimes that feeling is an educated instinct you'd been ignoring, or a righteous indignation. So let's get started evaluating feedback based on its resonance, or how we feel about it.

Feedback almost always elicits an emotional response. Someone corrects a typo or marks out one of those words you use way too much and you're both embarrassed at having made such an error and grateful it's been caught. You recognize your embarrassment and move on. Then you get a critique where the evaluator marked out your perfectly good words and replaced them with synonyms for no apparent reason and did other things that stole your personal touch from the writing. You're angry, and a bit guilty at being angry. 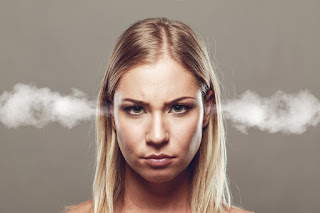 But it's okay to be angry (for a short time) if someone is changing things to fit their own taste rather than to fix errors. It's a healthy anger because the evaluator has crossed a boundary line. In short, they are rewriting your grammatically correct work to suit their own style and preferences or genre expectations. In essence, they are making your work theirs. That's stealing. Good feedback leaves your voice unchanged.

I usually only skim these "theft" critiques, change the few glaring errors pointed out, and then put the critiques away. Later, I will look back at them and decide if any of the changes are valuable. If so, I will likely take the idea, but not the actual wording, and rework the original sentence so that it incorporates some of the changes but retains my voice.

Before you toss a critique as "stealing your voice," however, double-check that that is what it's doing and that it's not trying to smooth out underdeveloped writing. Read your work aloud and then read the changes. How do they sound? The same or is one better?

One issue I've seen that might warrant rewriting someone's sentences is grammatically correct but bland writing. Are all your sentences structured the same, or is there variation to make paragraphs flow better?

For example: "The doorbell rang. Sandra stepped away from the desk. A window shattered. Sandra ducked. Sandra hit the floor. Sandra rolled to the left." Notice how they are all the same structure and nearly the same length? And all but two start with Sandra?

Not all sentences need to be compound and have clauses at the beginning or end, but neither should they all be straight subject-verb-predicate like these. Conjunctions and clauses are your friends.

"The doorbell rang and Sandra stepped away from her desk. The window behind her shattered, and she ducked. With a cry, she hit the floor and rolled to the left." These aren't the deep POV sentences some insist on, but at least they are not all the same structure and don't read like a monotone lecture.

Was your critique partner trying to add needed variety to your sentence structure?

Listen also to how the words sound. Do you  have too many repeated words or sounds (like Sandra in the example above)? Or would repeating a particular sound--alliteration--make it read better? "Double, double, toil and trouble" wouldn't be memorable without the alliteration.

Was your critique partner trying to make it sound better?


These kinds of critiques remind me to be more thoughtful in my own evaluations, weighing whether a change is my preference or something that improves the writing and keeps the author's voice. If I decide to make the suggestion, I try to make sure that I write the suggested change in a comment box, with an explanation, rather than changing the text itself. That way it feels like less of an overstep. 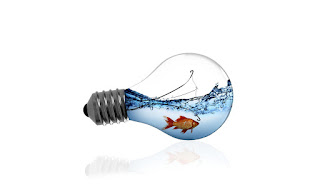 Some criticisms come out of the blue. I don't expect them, but after consideration, I either agree or disagree with them and move on. But some criticisms address issues I "had a feeling" about. A strange word, phrase, or scene I thought was clever, but deep down knew wasn't quite right but that I refused to rewrite. After one or two, or (embarrassingly) every critiquer circles it in red, I change it. Unfortunately, sometimes the "feeling" is about the plot as a whole, a character, or the writing itself.


An important question to ask is does the advice resonate with you? Sometimes almost everyone may say they love your work but you still have a feeling something's not right. Perhaps the work doesn't feel like your voice anymore (you may have let too many "thieves" or people in other genres influence you), or the story isn't fun any more.

Let me share with you two embarrassing, but ultimately freeing, critiques to illustrate.

The first is from a contest. Contest judges are notorious for their opinionated, conflicting scoring. You know those judges who mark that you did everything correctly but still give you a low score because they just don't like your story? Well, that's not what happened here. The initial judges loved the entry and sent it to the final round. Here's what the final judge (a respected literary agent) had to say:

"Disjointed and jerky. Also something in the tone gives too much of a feminine flare for the  male characters. Writes well and opening elements have promise but it doesn’t hold. The story structure may add to deterioration of the story..."

He said this and it was a finalist entry! And the earlier judges loved it! Did I start to seethe and accuse him of being another subjective judge? No. I was embarrassed and pained, but I listened to what he said. For one, because he's well respected in the industry and, more importantly, because his comments resonated with what I had been feeling. Something wasn't right about the story but I couldn't put my finger on what it was. His tough words were exactly what I needed. The story's still not finished but it is oh so much better now due to his comments.

Later, on another story, an agent (the same one) made these comments:


There is a tendency to overwrite. This usually means unnecessary description and trying too hard to "write." [The agent] found a recent blog that could be helpful in one area: http://thewritepractice.com/mark-twain-dialogue-tags/

The protagonist, in first person, has some a feminine tinge to the narrative. In fact, one review said they had to double check to make sure it was a man and not a woman protagonist.

The story idea is fine. It is the execution of the chapters that sends it back for further seasoning.

Again, I was disappointed, but I felt an agreement. I wasn't satisfied with my writing. I had thoughtlessly accepted others' comments and influence even though it wasn't my preferred style nor my voice. I'd worked hard on plot (and the plot in that story needed a lot of work), but my writing had suffered. But I took this advice and feel the story is better for it.


To sum up evaluating feedback, you have to know the principles of good writing for yourself in order to decide which comments to accept and which to reject. You must know the principles, not simply the rules. Sometimes the best thing to do is walk away for a time and then come back. Possibly bringing with you the Chicago Manual of Style, Self-Editing for Fiction Writers, Proofreading Secrets of Best-Selling Authors, and recent releases from your favorite publisher. Critiques from fellow writers are invaluable, but, ultimately, it's your story and you are responsible for making it the best it can be.
Posted by Lizzie at 4:00 AM