We are thrilled to welcome Kristen Stieffel to Lands Uncharted today as part of the blog tour celebrating her debut novel, Alara's Call! You can find out more about Kristen and her book below, but first she's going to share her top 3 Bible verses that inspired Alara's Call. Enjoy!


My first novel, Alara’s Call, is about a clergywoman who becomes a prophet. Her call is to prophesy to world leaders about how God’s people are to be governed—starting with her father. The story explores themes of faith, democracy, and equality. I drew on three verses from the Bible, each of which is interpreted as a corollary verse in the fantasy storyworld’s Telshan faith. 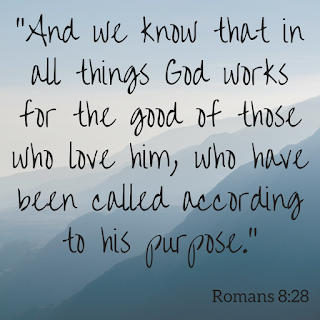 It’s slightly spoiler-y to say this, but when Alara gets captured by the bad guys, she has an opportunity to discuss her faith with one of her captors. Afterward, she prays:

Telshi, it is written that You can turn evil things to good purposes. Please work on these evil events and bring something good out of them. Even if the good is me preaching in a Makutian gynaeceum.


Gynaeceum was a fun find to solve a story problem. Even though I write fantasy, I try not to invent words. As much as possible, I tried to use English words, even though they might be unfamiliar to American readers. For example, Alara’s title is “curate,” a term from the Church of England that some of my beta readers didn’t know. The guys who capture her are from a culture where women are oppressed. I needed a word to describe the place in the royal palace where women would be sequestered, but I wanted a word less culturally loaded than harem. My thesaurus led me to gynaeceum, which I could only find in an unabridged dictionary. But it’s there, so I called it fair game! 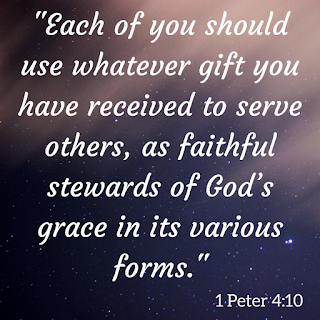 This verse is really what the book is all about. Alara pursues her call despite opposition, even though it means defying her father and putting herself in danger. Other characters in the story also use their gifts—supernatural and otherwise—to help Alara and one another.

Here’s a longer excerpt, in which Alara is arguing with her father, who is the prime minister of their country, about the trip he wants her to make to Makut, the aforementioned oppressive country:

Alara took a deep breath. “Kenna said, ‘Ahbay has a plan for every believer’s life, and Mairah gives each one a gift with which to serve others. One must fulfill that plan through the diligent employment of one’s gift.’ How can I use my gift to fulfill my calling if I wind up in a Makutian gynaeceum?”

His laugh was stiff. “At least there would be plenty of unbelievers to preach to.”

She glared at him. How could he make light of such a thing? Telshan missionaries were often beaten and tortured by Makutians. Sometimes murdered.


Telshi is the collective name for the Trinity in Alara’s faith. Kenna is the Redeemer, Ahbay is the Counselor, and Mairah is the Creator.

Later in the story, when asked why she disobeyed her father, Alara answers, “I’m a cleric. I must fulfill my calling. If that conflicts with the prime minister’s plans, so be it.” This verse from 1 Peter has been one of my favorites for years. It took me far too long to figure out that it’s not about me and my gifting. The heart of that verse is to serve others. 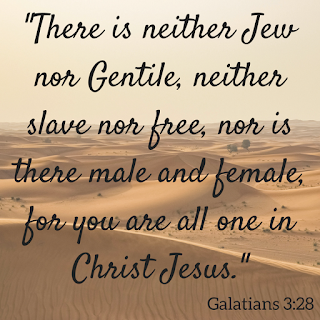 This verse is the inspiration for the whole Prophet’s Chronicle series. As Alara goes from one country to another, she preaches this kind of equality—all are one.

Her own country, Glynrell, is a meritocracy, really. One’s status is dependent on one’s achievements. A Makutian woman who has covertly studied the Telshan scriptures asks Alara about a passage written by one of their prophets:

“Digalo says there’s no noble or peasant, no male or female. But that’s not true, is it? I mean, we’re all nobles, and in the countryside, peasants work farms. And men and women are so obviously different…” Her cheeks flushed.

“Yes, but what he means by that is, as far as Kenna is concerned, everyone is the same. We may distinguish between people by their profession or appearance, but Kenna doesn’t. She judges only by people’s hearts and souls.”


Paul’s letter to the church in Galatia is almost two thousand years old, yet we still struggle to achieve racial and gender equality. One of the things I wanted to explore in this storyworld is what life would look like if people lived as if they really believed this verse is true.


What beautiful inspirations! You can purchase Alara's Call here. Here's the back-cover blurb: 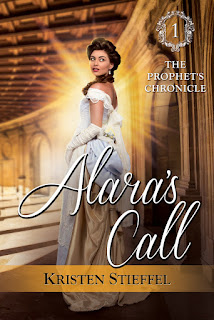 Tales are often told of heroes who fulfill ancient prophecies. Alara’s Call is the tale of a woman who gives new ones.

Alara sees visions of other’s futures, but never her own.

A young clergywoman with a fiery passion for her Telshan faith, she has been assigned to a mission abroad but longs to lead a congregation in her homeland. Her father, the prime minister, jeopardizes her dream and her safety when he coerces her into what he calls a diplomatic mission.

The trip is meant to end with her marriage to the crown prince of a foreign nation, where members of Alara’s faith are persecuted and women oppressed. All for a trade agreement her father is desperate to enact.

But her mentor intervenes and takes Alara to Dorrel, the suitor she left behind. They believe they are safe, but foreign soldiers are under orders to bring Alara to the king’s palace…by any means necessary.


I had the opportunity to endorse this book, and it's a beautiful, memorable adventure filled with faith and romance. I loved that the heroine was a curate who can also really hold her own in a battle :) Make sure to check out the Facebook Launch Party on Thursday, September 21st! Here's a little more about the author: 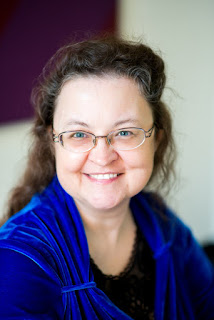 Kristen Stieffel is a freelance editor and writer who specializes in speculative fiction. Although she edits projects in varied genres for both the general market and the Christian submarket, she is a novelist at heart. Member of the Editorial Freelancers Association and Christian Editor Connection, mentor with Word Weavers International, and on the planning committee for Realm Makers, Kristen stays busy doing what she loves most. She is also the associate editor of Havok, a flash-fiction magazine focused on science fiction and fantasy. Visit www.KristenStieffel.com to learn more about this many-faceted author.


Thank you so much for joining us today, Kristen! Congratulations on your new release!!
Posted by Laurie Lucking at 4:00 AM