How to Evaluate Feedback, Part 1: Evaluating the Evaluator (Lizzie) 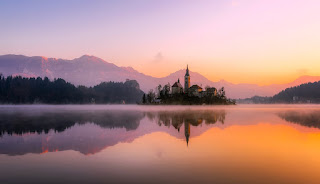 As a writer, my world is often aglow, either with the joyful colors of sunrise or with the fiery reds of a burning city, depending on whether I get compliments on or criticisms of my writing.

Feedback is tough to take, but how an author handles feedback often determines the quality of his or her writing, because others' comments can make a book sing like a nightingale or burn like a turkey at Thanksgiving. Not all advice is created equal, so how do you decide which suggestions to keep and which to ignore?

Over my next few On Writing posts I'll share some of what I've learned over my seven years of getting and giving feedback as a writer and what I've learned as I've studied editing as a professional. (I recently earned a certificate in copyediting and joined The Christian PEN to learn more from active editors.)

Without further ado, here's how to evaluate feedback, part 1.

This is about getting context, not hunting for fodder to reject or accept everything the one giving feedback says. Writers get feedback from different sources--critique partners (fellow writers at varying stages of experience and skill), editors (copyeditors, writing coaches, and so on hired to help polish the manuscript), publishing professionals  (agents and acquisition editors), readers (family, friends, and later, strangers who happen on a copy of the published book), and contest judges (who can fall into any of the previous categories and are notorious for giving extremely varied feedback).

Each group brings its own background, training, and preferences into the critique, and it's essential to take that into account because, unless an evaluator is unusually gifted in being objective, it will color the critique.

When you evaluate your evaluator, ask these questions:

1) What's the evaluator's experience and skill level? This one is obvious. What's his or her training and grasp of the writing craft and publishing industry?

The average reader can tell you whether he liked the book and, hopefully, what he did or did not like about it (though sometimes he may know something is "off" but not know what). That's valuable, but you can't expect most readers to point out show versus tell errors or POV errors.

A critique partner might know some writing rules but not understand the principles and thus insist on exact adherence to "rules" in a way that would ruin your manuscript. For example, some things should be told because they're not important enough to waste space on or because the subject matter is too hard on the emotions to show. A child getting hit by a car might be better told quickly, for instance.

When someone with professional editing experience (and training) marks an error in grammar or the use of action beats, you should probably change it and look up the rule to imprint it on your mind to prevent further error. When anyone else marks an error, you should look up the rule yourself and then decide whether the feedback agrees with it. It's easy to think we know the rules, when, in fact, we don't truly understand how best to apply them. This leads us to give (and accept) bad advice. Or to apply good advice badly.

For example, a friend consistently changed my usage of commas in a manuscript I later had professionally edited. Because she made consistent changes (implying confidence and knowledge), I thought she must be right and I wrong. I made her recommended changes. However, after the professional edit, I had to reverse the comma usage to my original, correct usage based on the editor's feedback. My friend was well-meaning but wrong, and I was too lazy to verify her suggested changes. Always look it up. Get a copy of the Chicago Manual of Style, Self-Editing for Fiction Writers, and Proofreading Secrets of Best-Selling Authors. 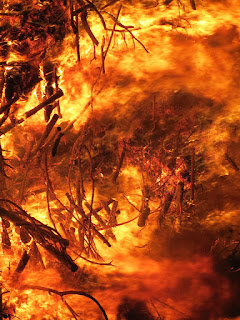 2) What's the evaluator's preferred genre? The rules and expectations are different for different genres. A romance writer is likely to insist on the addition of a lot more physical descriptions of characters, the historical on more historical details, and the young adult author on slang and immature reactions from characters. The last thing my "Jane Austen with wands" light fantasy novels need are characters who storm out of the room every time someone disagrees with them, spew slang, minutely describe the fabric and style of all outfits, act according to modern manners and expectations, and go around describing every male as having either a strong jaw and chocolate eyes that draw them in or bad breath (halitosis being the obvious sign of villainy). You must know the rules and expectations for your genre, which you can, happily, learn by reading in your genre.

Note: Book publishers use the Chicago Manual of Style whereas other purveyors of the written word, such as newspaper publishers, use other style guides. That can lead to differences in particulars (like usage of the Oxford comma), so know which guide your evaluator is likely to be familiar with.

3) What's your attitude toward the evaluator? As a people pleaser, there are times when I want to accept everything an evaluator tells me just because I respect and want to please him or her. Other times I'm irritated with the evaluator and want to reject all comments. Perhaps he's marked too many things in the past, doing so in a way that tries to make the writing his instead of mine. I've had a critique partner like that. I fought the fires of anger and arrogance (Who does he think he is claiming that word is better than mine! They mean the same thing!) every time I got feedback. I was tempted to ignore even the good advice. If I had, I would have missed some important comments. Recognizing your attitude will help you look at the feedback objectively.


Again, evaluating your evaluator isn't about justifying rejecting all comments or lazily accepting them all, it's about getting context and objectively determining which suggestions are valid and which are well-meaning but not useful. We should always be grateful someone took the time and made the effort to read and thoughtfully make comments on our manuscripts.

Are you tempted to accept or reject feedback as a whole instead of considering each piece? Any other suggestions on how to evaluate an evaluator?
Posted by Lizzie at 4:00 AM