I'd originally picked up Geekerella by Ashley Poston for my youngest daughter, thinking it was a graphic novel. When I discovered it wasn't, my oldest daughter read it. She liked it quite a bit, and rather than return it to the library, I read it myself. My oldest daughter has good taste.

Geekerella is a modern day retelling of Cinderella. Elle Wittimer is a geek teen blogger, living with her stepmother and twin half-sisters. Her father died seven years ago, but the loss still stings. He was the one who introduced her to Starfield, a sci-fi show (in the same vein as Star Trek), and the one who founded ExcelsiCon, the convention for Starfield. He was also the one who encouraged her to dream big dreams. But now he's gone and it's difficult to hold onto hope without him there. When she discovers Darien Freeman, a teen soap star, will be playing the lead character of Prince Carmindor, she writes a scathing opinion on her blog Rebelgunner. And surprisingly, it goes viral. Despite her disappointment in casting choices, Elle wants to go to ExcelsiCon. She begins plotting for a way to get to the convention and win the two tickets to the masquerade ball-- all she needs to do is win the costume contest.

Darien Freeman is the hero of Seaside Cove, a teen soap. And he feels way out of his league, now that he's been cast as Carmindor. Managed by his father, he feels pressured to make the right choices (both morally and career-wise), but it's hard when his best friend sold him out and there's no one left to talk to. When he discovers he's been signed up to attend ExcelsiCon, he wants out--he doesn't do cons. He sends a text to the person in charge, but gets a wrong number instead. Despite that, he and the unidentified person click. It's someone he can talk to, someone who seems to know what it's like to be alone. 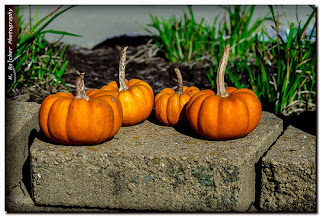 Geekerella sticks pretty close to the Cinderella story, adding its own playful spin on the key motifs like the pumpkin carriage and the fairy godmother. Adding in the imaginary fandom of Starfield was genius and the references to other real fandoms made it a thoroughly fun read. One caveat for those who prefer clean reads: there is some language, as well as a couple characters who come out as gay in the story.  Nevertheless, I give Geekerella 4 out of 5 pumpkins.