Let's follow up on the exciting topic of superpowers that Hannah and Laurie introduced back in April. Here are some additional ones.

Having the ability to understand and communicate with animals would be pretty interesting. Plus, the more people with the ability, the more peaceful the world would be. Perhaps the interspecies harmony would even influence more empathy between people of different backgrounds and cultures throughout the world. And, besides, think how neat it would be to call out your window, as Giselle does in Enchanted, and have a willing army of friendly pigeons and vermin help you clean your apartment. Or have a squirrel save you from death by poisoned apple on multiple occasions, as does her friend, Pip. Snow White and Cinderella are also characters with the magical ability to communicate with animals.

2. Teleportation
The first example that made me think of teleportation was actually not from a superpower, unless you consider intellectual genius superhuman. In the hit 1990's sitcom, Family Matters, the epically clumsy, nerdy, and lovable next-door neighbor, Steven Q. Urkel, uses his invention the Urk-pad to transport himself to places such as Paris. If I had the ability to teleport, I would explore the world without having to travel, and visit family whenever I wanted. Other fictional characters with the ability to teleport include Samantha from Bewitched and Maleficent.


1. Rapunzel's healing hair and tears
In Disney's Tangled, Rapunzel has magical abilities given to her by a healing flower during her infancy. While her abilities can be exploited, as done by Mother Gothel, they can also be used to mend wounds and even save lives. Not only magical, her hair, in particular, is like its own character in the story. It is not simply long and beautiful, but extraordinary and resourceful in the 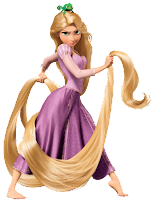 ways Rapunzel uses it to swing, climb, direct, and heal.


What are more of your favorite superpowers?