Hello, and welcome back to the ongoing series Relationships Beyond Romance!  This is the last real post in the series, so if you missed the first few posts, here is a short recap:

6) Mentors drive the inner growth of the main character and push him to grow and become a better person.

Although partners are often friends (overt or covert), their interactions look different because they are framed by a different scenario.  Friends like each other (usually) and will often spend time together because they enjoy each other's company.  While friends are often loyal and would put themselves in great danger for each other, this only occurs in dire circumstances.  Partners and companions, on the other hand, have a relationship that is defined more by what they do than by how much they like each other.  Partners and companions spend large amounts of time together because they are working together to accomplish a goal.

One definition of "companion" is: a person who is frequently in the company of, associates with, or accompanies another.  Whenever I think of a companion, I think of the Fellowship of the Ring from the eponymous book by J.R.R. Tolkien.  In particular, Sam comes to mind as one of the most supportive, loyal, and caring companions I have ever seen.  However, in fantasy, any two or more characters who travel together or work together to accomplish a single goal can be considered companions.  They might be friends, rivals, enemies, or anything else, but at least temporarily, they are companions.

Generally, partners are permanent companions who expect to work together on many similar endeavors over a long period of time.  Companions, like the aforementioned Fellowship of the Ring, stay together as long as the goal has not been accomplished.  Once they have reached the end of their literal or figurative journey, they can go their separate ways.  These heroes often step up to help defeat evil, but once the main villain is defeated, they return to their normal lives.  Partners in fantasy are usually involved in a permanent evil-fighting occupation.  Police, spies, agents, and many more work in teams to fight each new evil as it arises.  These long-term partners often grow close, since they must trust each other with their lives and rely on each other to survive the regular dangerous encounters.

Onward to my Top 3 Partners and Companions!  Beware of spoilers below.

This third book in the Chronicles of Narnia series is largely overlooked.  It differs greatly from the rest of the series in that it focuses on an entirely new cast of characters and setting.  Only Aslan is an important recurring character.

Shasta, a slave boy in the land south of Narnia known as Calormen, was sold to a cruel Calormene warlord.  Just before he was taken away, the magnificent horse Bree spoke, and revealed that he too was a slave, kidnapped at birth from Narnia, where talking horses were common.  Bree helped Shasta escape and head north for the land of Narnia.

Aravis, the young Tarkheena (noblewoman), was forced into an arranged marriage to an abominable man.  To avoid this, she and her talking mare Hwin fled from the high life of nobility.  On the way, they fled from a lion attack and met Shasta and Bree.  The four joined together to journey north toward Narnia, the horses' birthplace and a land of freedom for Shasta and Aravis.

Although canonically Shasta and Aravis marry once they reach adulthood, this book focuses on their childhood, therefore avoiding any romantic interaction between the two.  At this point in their lives, I would consider them companions.  They worked together to accomplish the common goal of reaching Narnia and finding freedom, and afterward, they were no longer bound to stay together.

I love the way Shasta, Aravis, Bree, and Hwin all have some admirable character qualities, but also must realize their flaws and learn to overcome them.  Aslan, the Christ figure in this series, forced each one to face his or her greatest weakness and choose to follow him instead.  Like a true gentleman, Shasta proved his courage when he defended Aravis from a lion attack.  Aravis herself learned to overcome her arrogance and selfishness in order to be able to care about others.  Bree similarly overcame his pride and found courage instead, and Hwin passed her test of humility as well.  I enjoyed reading about this group because they genuinely cared for each other and were always looking out for each other's best interests. 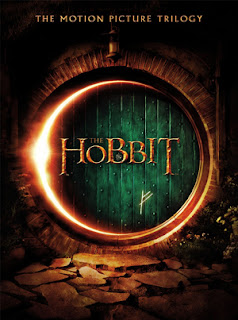 I know I use Lord of the Rings often as an example for my posts, so this time, I chose to include The Hobbit.  In this case, I am referring specifically to the book version, which (I believe) is better.  After all, the book is always better than the movie.

At the beginning of the book, neither Bilbo nor Thorin were happy with being forced into each other's company by Gandalf.  Thorin, a mighty warrior and dwarf king, viewed Bilbo as weak and simple because of his love for his proper home in the ground, food, tea, pipes, and a simple, quiet life.  Bilbo found Thorin too warlike, arrogant, and brash.  This led to many heated interactions between the two, which reached a head at several important points.  While in Rivendell as guests of the elves, Thorin was in no mood to cooperate with anyone, particularly Bilbo.  Later, the conflict increased again while traveling through Mirkwood and the incident with the elves in Thranduil's kingdom.  Finally, their conflict climaxed when Bilbo took the Arkenstone, Thorin's most treasured possession, and attempted to use it to keep Thorin and the hostile Men of Laketown and Elves of Mirkwood from going to war.  After Thorin was mortally wounded, he finally reconciled with Bilbo, resolving the long conflict.

This book showcases the fascinating tension that can arise from a companionship between two hostile people.  By forcing their heated tempers into the confined space of a traveling party, Tolkien masterfully used this conflict among "good guys" to weave a riveting story.

Captain America (Cap) and Romanoff are both full-time members of S.H.I.E.L.D. and later the Avengers, so I would consider them partners more than companions.  The true beauty of this relationship comes from their built-in conflict.  Yet, despite their great differences and many disagreements, they grow to have a strong respect for each other that seems mostly absent among the other team members.

Reaching adulthood in the midst of World War II, Captain America was the image of a true, noble hero.  Patriotic, sacrificial, and morally upright, he fought for goodness and freedom.  Even after he was torn from his time and thrust seventy years into the future, he acted selflessly and immediately resumed his quest to make the world a better place.  In contrast, Nathasha Romanoff was a Russian super spy, trained to ignore any moral lines and kill without remorse.  After several years of living this destructive lifestyle, she defected and joined S.H.I.E.L.D., an international peacekeeping force dedicated to dealing with alien and superhuman threats.  Nevertheless, she retained her amoral tactics and tendency toward lethal options.

Cap and Romanoff first met in The Avengers, but had little specific, meaningful interaction with each other.  It wasn't until Captain America: Winter Soldier that we saw their differences cause much conflict.  Nevertheless, they were able to work together to survive the fall of S.H.I.E.L.D. and foil the attempted Hydra takeover.  Later, in Avengers: Age of Ultron, they are seen leading the new group of Avengers, presumably together.  In Captain America: Civil War, they found themselves on opposite sides of the main issue: should superheroes be forced to be accountable for the destruction caused while they were attempting to save the world, and should the Avengers submit to an outside authority, who would dictate how and when they would be allowed to operate?  Romanoff reluctantly agreed to the oversight, since she never intended to become a vigilante.  However, Cap initially refused because he felt it would bog the Avengers down in politics when their real job was keeping the world safe.  It quickly turned into a personal issue for him, though, when agreeing to the oversight meant he would have to betray his longtime best friend Bucky.  Cap and Romanoff were on opposite sides throughout most of this movie, but the bond of respect and companionship was clearly strong.  In the end, Romanoff allowed Cap to escape capture, and was consequently labeled a traitor herself.

In my opinion, this partnership combines the desirable elements of Shasta and Aravis, and also Thorin and Bilbo.  The camaraderie and strong friendship keeps them together, but the conflict adds depth, conflict and meaning.  Cap and Romanoff share a difficult relationship because of their diametrically opposed viewpoints, but this only makes it more satisfying when they are able to transcend their differences and remember why they became friends in the first place.

What do you think?


Thanks so much for reading!  Next time, I will officially wrap up the Relationships Beyond Romance series with a final Your Turn! post, and I hope you will all come give me your opinion on this blog's first attempt at creating a running series.  If you would like to read the other posts in this series, check out...


Attributions
The Horse and His Boy: http://d2arxad8u2l0g7.cloudfront.net/books/1388210968l/84119.jpg
The Hobbit: https://upload.wikimedia.org/wikipedia/en/a/a9/The_Hobbit_trilogy_dvd_cover.jpg
http://vignette2.wikia.nocookie.net/marvelcinematicuniverse/images/2/26/Cap_2_poster.jpg/revision/latest?cb=20140131142227
Captain America: Civil War: https://upload.wikimedia.org/wikipedia/en/5/53/Captain_America_Civil_War_poster.jpg
Posted by Unknown at 4:00 AM