A story's protagonist, its main character, and its primary point of view (POV) character are almost always the same person.  As a result, these terms are often used interchangeably.  In reality, this only confuses three very similar - but distinct - roles.  To identify the differences, first we have to know what each one really is.

This one is usually the easiest to identify.  Who is telling the story?  Through whose eyes do we watch the tale unfold?  Although there can easily be many POV characters in one story, the primary one is the one who is used the most, and almost always is the one observing the main plot.  Any story written in first person will feature a fist person narrator, who is the primary point of view character.  This is also a necessary position in third person narratives, but sometimes is slightly more difficult to identify.

The protagonist is the character whose actions drive the main plot.  He is the biggest catalyst driving the story, and he opposes the antagonist.  This character is the "hero," or the closest thing to it.  The role might be filled by a villain, such as in the recent Disney movie Maleficent, but the protagonist is always the one who is taking the most action toward accomplishing the story goal.


One of the most well-known examples that separates some of these roles is the Sherlock Holmes series, by Sir Arthur Conan Doyle.  In this case, Sherlock is clearly the protagonist, since he is driving the plot.  He is also the main character, because the story focuses on him.  However, his story is told from the point of view of Dr. Watson, an outside narrator.  Watson is the primary point of view character.

Another example is J.R.R. Tolkien's Lord of the Rings trilogy.  The story is told from an omniscient narrator's point of view, and follows every character from the Fellowship of the Ring.  It does give special attention to Frodo and Aragorn, but for the most part, it doesn't have an easily defined point of view character.  Frodo and Aragorn are both key characters,  but Frodo is the main protagonist because he is the character carrying the One Ring to be destroyed in Mount Doom, which is the main plot.  However, Frodo is not the true main character of the story.  That honor falls to Sam.  Even though Frodo is moving the plot, we are experiencing it through Sam.  Sam is the most relatable, and if you pay attention, he is the final character in the story - not Frodo, and not Aragorn.  The Ring was destroyed... but the story didn't end.  Aragorn became King of Gondor... but the story didn't end.  Frodo departed for the Grey Havens... but the story didn't end.  It ended with Sam's return to his home.  Frodo was the protagonist, but Sam was the main character.

So, why does this matter? 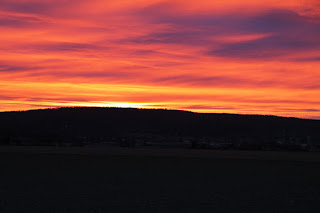 Is this just an exercise in literary terminology?  Is it a distinction without a difference?  Are we dusting pigs ears?  Maybe.  For most stories, one character will play all of these roles.  Movies and TV shows in particular have such a limited amount of time, and it is more difficult to develop different characters to fill these essential roles.  But once in a while, you will encounter a gem of a story that changes things up.  And you will be able to recognize the author's sleight of hand.  Like any skill, those who are most proficient make it look effortless.  Today, sub-par writers are screened out.  Their books aren't published.   They are not hired as writers or directors.  All of the storytelling we experience comes from masters of the craft, and it is easy to forget the work that goes into a monumental task like writing a story.  But as you study the inner workings of a well-written masterpiece of a story, you will begin to recognize all of the pieces and parts that make that machine work perfectly every time.  All it takes is observation and understanding.

Can you think of any other stories that feature more than one character in these roles?  Do you like the technical aspects of writing and storytelling, or do you prefer to read On Writing posts with a more personal spin?  Let us know in the comments!

- If you would like to read more, K.M. Weiland has gone into greater detail in this post.

- If you really want to go in-depth, Dramatica has a huge article detailing the functions of various character roles and archetypes. The first section, "Hero is a Four Letter Word," is the relevant portion, but it is all extremely enlightening, if a bit technical.