Villains are so much fun, especially when you have a reason to like them, or at least be sympathetic towards them. So, here are my top 3: 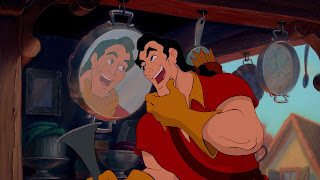 If I had to describe him in a word, it’d be somewhere between conceited and narcissistic. His vanity is absolutely hilarious. Though he’s good for laughs, he falls rather flat, which is why he’s at the bottom of my favorites list.

Belle: Gaston, you are positively primeval.
Gaston: Why thank you, Belle. What would you say if you and I took a walk over to the tavern and took a look at my trophies?
Belle: Maybe some other time.

Gaston: [singing] Here in town there's only she, who is beautiful as me, so I'm making plans to woo and marry Belle.

Gaston: It's not right for a woman to read. Soon she starts getting ideas, and thinking…

Gaston: I'd like to thank you all for coming to my wedding. But first I'd better go in there and propose to the girl.

Like I said, shallow but hilarious. I couldn’t help but include him ;) 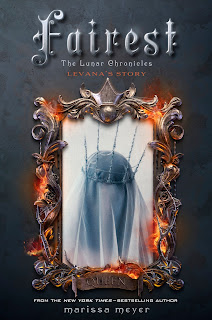 You won’t truly be able to understand Levana until you read Fairest by Marissa Meyers. I was reluctant to read this, but there weren’t any more Lunar Chronicle books coming out for a while, so I figured I’d try it. You can’t help but feel a little sympathetic towards her after seeing what her life was like. 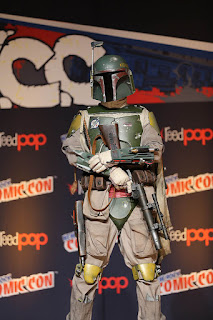 He is my favorite Star Wars character. There’s a series about him as a kid, starting with The Fight to Survive by Terry Bisson and the ones later in the series are by Elizabeth Hand. Boba is noble and honorable. You’ll see him striving as a 10-year-old boy to follow in his father’s footsteps, while fending for himself in a vast galaxy filled with deceit and danger. He’s is the epicest (I know that's not a word--but it should be) Star Wars character ever!