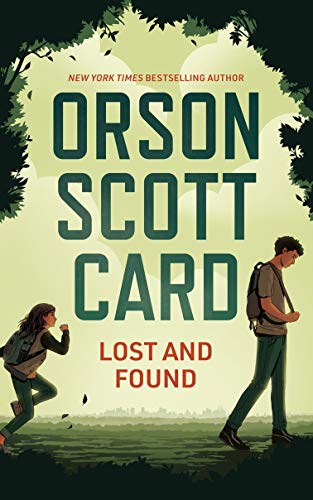 Ezekiel Blast (his choice for a last name) has a micropower. He can sense when things have been lost. While walking to school, he is acutely aware of every toy dropped by a toddler, scrunchie that has fallen from a girl’s hair, and bike stolen from its owner that he passes. Further, this skill extends to being able to return the item to the owner by instinctively knowing in what direction the owner is and even being able to identify them when he gets closer.

This skill has been a part of him since birth. Because of it, he has had multiple run-ins with authorities who didn’t believe his story of finding the items. After being accused repeatedly of stealing, Ezekiel has grown a thick skin and sometimes unhealthy aversion to authority figures. Well, all except his dad.

Labeled as a thief, Ezekiel (don’t call him Zeke) is a lonely kid until one day a girl purposefully starts walking to school with him. She doesn’t let him brush her off or drive her away. She gives him flack for his attitude. But despite her apparent interest in him, she remains a mystery.

I thoroughly enjoyed this book. Orson Scott Card has been a favorite author of mine for years, ever since I discovered his Ender’s Game series. His characters and storytelling skills impress me every time.

This book didn’t fail. Ezekiel is a sarcastic, witty, and amusing 14-year-old boy. As a mother of a snarky 14-year-old boy, I found myself constantly reminded in good ways about my son, his observations of the world and his unique view of life. Despite the complicated themes and complex emotions, the book is generally hopeful and optimistic with a generous smattering of humor. I laughed my way through most of it. The mixture resulted in an enjoyable coming-of-age fantasy about learning to accept yourself no matter how others view you and becoming the best you can be despite outside pressures.

I look forward to reading the next book in the micropower series.