We are so excited to welcome Laura Frances to Lands Uncharted today!! Her young adult fantasy novel, Songs in the Night, just released last month, and she took the time to answer some questions for us about herself and her book! Enjoy! 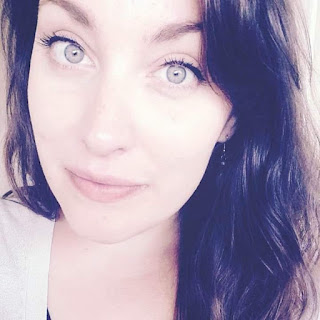 Thanks so much for having me! I’m an indie author, homeschooling wife and mom, obsessed thrifter, and, above all, follower of Christ. We travel whenever possible. Laugh a whole lot. And I am by far the most introverted member of my family.


We're so glad you stopped by! What prompted you to start writing? Are you one of those authors who knew you were meant to write since childhood, or did it come as a discovery later in life?

I was that kid in the dollar store buying notebooks and pens instead of toys. I’ve always loved it! I don’t know that I really settled on writing as a career until later though. It might have been closer to high school graduation before the desire really struck. But once I fell, I fell hard!


A writer can never have too many notebooks and pens :) Which authors have had the most significant impact on your writing?

Man, that’s tough. In terms of descriptive, emotive writing…Stephen R. Lawhead. I’m constantly in awe of the way he paints imagery with words. His characters and settings are so alive and vivid. Another is Julianne Donaldson. She writes regency romance, which isn’t really in my wheelhouse, but the way she used memories in Blackmoore to drive the MC’s plight further into the readers’ hearts struck me. I’d always heard that a writer should be careful about too many flashbacks and such things, but her masterful use of them inspired me to try it my own way in the Slave Series. It changed everything.


Ooh, now I'm even more excited to read your Slave series! We’re all about exploring new worlds here at Lands Uncharted—if you could choose one place to visit, real or fictional, where would you go?

Easy. I want to ride a horse across Rohan (after the fall of Mordor, of course…without the risk of orc surprises…). After which, I’d like to rest in Rivendell, where I’ll happen upon an ornate wardrobe. Searching the wardrobe for an elvish dinner gown, I’d very much like to stumble into Narnia. :) I know that’s more than one, but can you blame me??


Haha, with such a clever method of travel between the two, we'll let it slide :) Share one of your favorite writing tips!

Learn everything you can through reading! What works. What doesn’t. Grab used copies of your favorite books and dissect them with a highlighter and pen! Do the same with books you don’t enjoy and figure out why.


Absolutely! Your YA fantasy, Songs in the Night, released on April 3rd! Congratulations!! What inspired you to write it?

Thank you so much! It’s been a long time coming.

The initial inspiration came the first time I listened to "Rescue" by Lauren Daigle, way back when it dropped in 2018. I played it over and over, maybe 30 + times, and a rough storyline of a young girl, unloved and broken, took shape. I wrote what’s now the prologue within a few days. From there, painstakingly, the story grew into what it is now.


Such a powerful song, and what a cool inspiration! Did any of the events in the book surprise you as you were writing?

So many! But then, I am a pantser. I knew important moments and emotional beats I wanted to hit, but I’d say 60% of the story took me by surprise!


Pantsers unite! *high five* Can you give us any insights into your next project?

I’m currently working on the second installment in the Song Giver Series. I can’t say much, but I promise lots of feels, battles, hope, and new characters!
I can't wait!! Thank you so much for visiting today, Laura! And congratulations again on your new release! 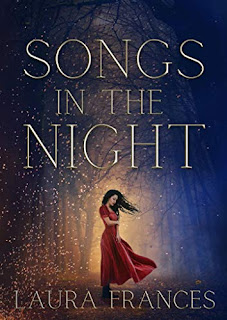 Here's a little more about the book:

What would they do if I screamed…if the force of my voice ripped these walls to shreds?

Thirteen years have passed since five-year-old Eris crossed the border into Omaria, finding shelter among a wary band of drifters. But Sithian slaves are branded like cattle, and the scars across her palms serve only to alienate her from the people she once trusted for protection.

After word reaches the forest of a violent Sithian attack in the northern regions, and fearful rumors of sorcery hum on the air, Eris is blamed when a night of violent sickness sweeps through camp.

Forced to flee for her life into unfamiliar land, Eris once again finds herself at the mercy of cruel men. Captured by traders and imprisoned in a cage, she determines to do whatever it takes to protect a fragile, sick woman chained to the bars.

But as they draw close to the border and hope of escape fades, a frightening power rises within Eris, fueled by the bitter grief warring in her heart. The scars across her palms burn, and Eris fears she may be becoming the very thing the king’s knights vow to destroy: a diavok cursed for evil.
Oh man, doesn't it sound intense? And that cover is stunning! You can purchase Songs in the Night HERE, and follow the author on Facebook, Instagram, Twitter, and her website to hear her latest updates!
Posted by Laurie Lucking at 4:00 AM