Weekend Reads: The Near Witch by V. E. Schwab (Lauricia)

As I’m writing to you this month, Texas is emerging like a burrowing mammal from our great Icepocolypse. The sun is finally shining in a clear sky, and the temperature is finally scheduled to rise above freezing. Those of you in the north may scoff, but we southerners are simply not prepared for this type of weather. As a meme I saw phrased it, “I love that no one in Texas owns actual snow clothes. It’ll snow and you’ll see everyone outside in mismatched pajamas and a hoodie.” Not to mention four layers of socks on our hands for gloves. It just doesn’t make sense to own clothing for weather that usually occurs only once in a decade or so!

But enough of the weather. We’re here to talk about books you need to read. For this weekend, I recommend The Near Witch by V. E. Schwab. 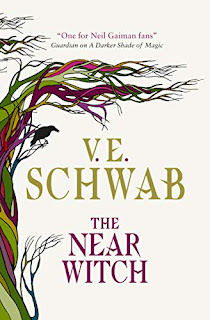 In the village of Near, the winds on the moors sing a haunting song. It’s best not to listen too closely, though, because bad things happen to those who do. Like the boy Jack, whose mysterious death led to the mob hunt and murder of the Near witch two generations ago.

Lexi knows the story, but still the wind calls, its haunting tune trying to tell her something if only she would listen just a little closer. She can’t let the wind distract her, though, because the children of Near are disappearing, whisked away from their beds during the night. Lexi has to find out why, or her little sister could be next.

I don’t remember how I found this book, but I am supremely glad that I did, and that I bought the hardback version because it’s going to have a long life on my shelf of treasures. I hope you adore it just as much.

Until next time, happy reading!