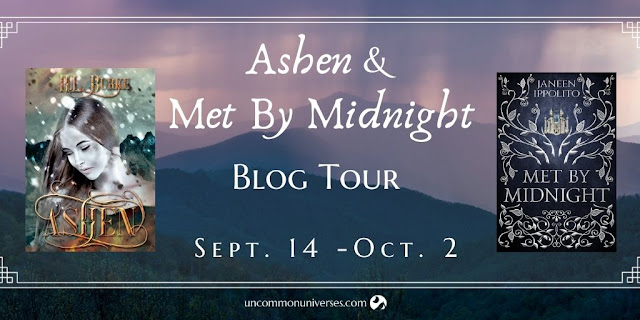 Beauty and the Ash Lizard
I’m human. I’m definitely human. What else could I be but human?

Lizbete is an odd little thing. Abandoned as an infant by unknown parents, she grows up overshadowed by the strange occurrences of the night of her arrival, an outcast in the only home she’s ever known. She has amber eyes, a nearly skeletal frame, and unnaturally gray skin. Worse, though, is her carefully guarded secret: the fact that when she touches someone she pulls heat from them, sometimes to the point of injury.

Because of this, Lizbete sees herself as a bit of a monster, a danger to those closest to her, odd and undesirable. She has a small handful of people who actually care for her: Auntie, the tavern owner who adopted her as an infant; Elin, a younger girl whose chronic illness causes her to also feel like an outsider amongst the townsfolk; and Brynar, Elin’s brother and the mayor’s son, who has come to see Lizbete’s kind heart in watching her interact with his baby sister.

The other villagers tend to either ignore or openly scorn Lizbete. They’ve given her the nickname “ash lizard” due to her strange gray skin and the way she skulks in the ashes beside the fire (her attempt to stay warm). Throughout the book Lizbete struggles with the idea that anyone could want to be with her, that she could ever have a place among other humans, to the point where she starts to wonder if she’s really human at all.

When Brynar starts to exhibit romantic interest in her, her confusion and self-doubt explode. After all, if the village won’t accept her as a kitchen maid in their local tavern, what will they have to say about her as the bride of their favorite son? Doesn’t Brynar deserve someone who he can be proud to stand beside? Someone ... beautiful?

“Beautiful on the inside just means not beautiful at all. If you are honest, Brynar, if you compare me to any other girl in this village with a healthy complexion and appealing figure, can you truly say I am beautiful?”

Beauty is a weird concept. Women are very quick to label themselves as “not beautiful” but generally speaking this means “not reminiscent of current societal norms.” At one point, plump women were the models every artist used. Victorians romanticized pale skin whereas we now have people who will literally paint themselves to avoid this. Beauty as a societal construct is a strange mix of fads that change over the years. Due to this, if we define beauty as what is preferred by the culture in any given year, the concept is useless as a set standard. Beauty has as much value as any other fashion trend. It’s a fleeting way to judge something in the now, and future generations will probably look back at our current standards and mock us the way we snicker over the excessive big hair and acid wash looks of the 80s.

So, if that is what we mean by beautiful, then beauty is neither something to strive for or to laud.

From an emotional standpoint, I do like the idea that everyone is beautiful. After all, we’re God’s creations. What nerve of us to hold up something he made--be it a rock, or a cuttlefish, or a stranger on the street, or even ourselves--and say “this is a mistake. It’s not something I like. It should be prettier!”

And while there is truth in that, if everything and everyone is beautiful, then again, it doesn’t really mean much. We humans crave to be special, to be individuals, not painted with the general brush of “you’re beautiful, just like everyone else” because if it’s everyone, it’s just a given, not a positive or a negative, just a thing that is.

Finally self-esteem prettiness, the kind where YOU are happy with how YOU look, no matter what anyone else thinks, that’s great. I hope everyone finds it, but humans are social creatures. While we can hold ourselves up as independent individuals who don’t need the approval of others, that denies a portion of ourselves that is fed by relationships, by kind words from others …

“Beauty means outside. It means that when a boy looks at me, he actually would want to touch me, and that … that isn’t what I am.”

I think my favorite quote on beauty is from the character Amy Pond in Doctor Who: “You know when sometimes you meet someone so beautiful, and then you actually talk to them, and five minutes later they're dull as a brick. But then there's other people, and you meet them and you think 'not bad, they're okay', and then you get to know them, and their face sort of becomes them, like their personality's written all over it, and they just they turn into something so beautiful...”

Because that’s why beauty matters. Beauty is a signpost on the road from friendship to love. It’s a place where a person’s spirit has leaked out onto their skin and you realize they are the most beautiful person in the world to you.

And that’s when beauty matters.

His hand caressed her cheek, her blood drawing on his heat ever so slightly, just enough to taste the stability of his presence. “If that’s what it means, if it just means that I want to touch you, then yes. Liz, I can honestly say you are beautiful. In fact, you are the most beautiful woman I’ve ever seen.”

Lizbete’s journey to self-value involves many other aspects than just her romance with Brynar. There’s the whole thing with the “freezing with a touch” and the mystery of where she even came from and what her purpose is amongst the villagers.

Still, the joy of a lonely character finding that to someone else they are precious was my favorite thing to write in this book, and I hope readers enjoy it too. 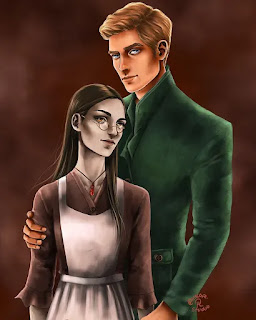 I love that message so much, and that scene between Lizbete and Brynar happened to be one of my favorites in the book! The romance was so sweet, but you should also read it for the mystery and intrigue. And for Elin and her hilarious snark :) Here's the back-cover blurb:

A rugged YA Cinderella retelling set in a fantasy world with light steampunk elements. 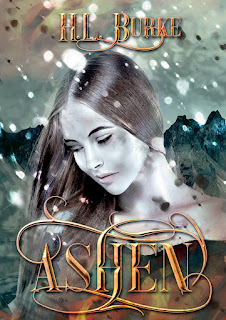 Eeeep, it's so good! You can find Ashen on Amazon or Barnes & Noble. And here's a little more about H.L. Burke:

Born in a small town in north central Oregon, H. L. Burke spent most of her childhood around trees and farm animals and was always accompanied by a book. Growing up with epic heroes from Middle Earth and Narnia keeping her company, she also became an incurable romantic. Her obsessions include dragons and tales about inner beauty and character overcoming extreme circumstances. Married to her high school crush who is now a US Marine, she has moved multiple times in her adult life but believes that home is wherever her husband, two daughters, and pets are. 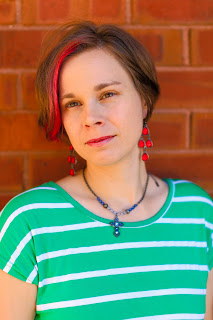