Welcome to this week's edition of Weekend Reads! And to the blog tour for Shadow Light by Sarah Delena White! I'm excited to share about this brand new fairy tale, which just released on March 31st! 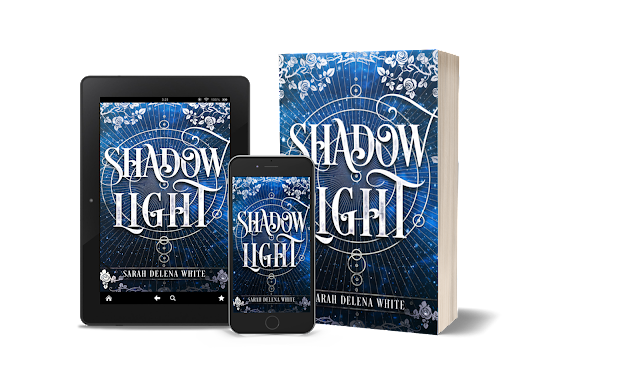 In Shadow Light, the world is under attack by shadow creatures seeking to rid the world of light. Aeric, who wields the sun and brings day each morning, fights the creatures relentlessly but can't win the battle alone. He seeks out Layla, who has charge of the moon and stars but hides in a remote tower after the people rejected her. Aeric slowly draws Layla from her seclusion, but even when they fight together, the loyalties of the people they desire to save are fickle and the darkness is more powerful than they could've imagined. Can Day and Night overcome their doubts and insecurities to bring light and hope back into the world?


Shadow Light is described as a short fairy tale, and it really is! I finished it in a little over an hour. Its feel is much more like a fable or a fairy tale by the Brothers Grimm or Hans Christian Andersen than a modern fairy tale retelling. The narrative was told in an allegorical way from an omniscient point of view, which gives it the sense of being told a story rather than experiencing one. I'll admit that I wouldn't typically consider most of these items selling points, but in this case the writing is beautiful and the storytelling is really well executed, which makes all the difference! The personifications of day and night are creatively handled, the descriptions are lush and vivid, and the message of light and love conquering darkness is a reminder we could all use right now. Plus, did you check out that amazing cover?!


I'd recommend Shadow Light for fans of lyrical prose and classic fairy tales looking for a quick read! You can find it on Goodreads and Amazon.


And here's a little more about the lovely author (you may remember her from past visits to Lands Uncharted, in which she shared this post about her Top 3 Faeries to Meet in Halayda and this behind-the-scenes post about unconventional families in her books)!

Sarah Delena White was raised by wolves in an alternate dimension. She writes eclectic speculative fiction that reworks mythology with a fine balance of poetry and snark. She's an experienced world traveler who loves to weave world folklore and ancient concepts into vibrant, original story worlds. She is the administrative manager for Uncommon Universes Press. When she's not writing, she can be found making elegant designer bead jewelry, traveling to festivals as a professional ballad singer, drinking tea, and seeking to create the perfect latte. She can be bribed with dark chocolate.

Congratulations on your new release, Sarah, and have a great weekend everyone!!
Posted by Laurie Lucking at 4:00 AM