The Eye of the World by Robert Jordan (Heather)

Hello fellow readers and writers of Lands Uncharted! I'm thrilled to be joining this cozy, well-read fantasy family 😇. For my first post on Weekend Reads, I'm going to introduce you to a book that, perhaps, needs no introduction because it's actually considered a classic.

Robert Jordan's The Eye of the World (book 1 from The Wheel of Time series) is so old it may be new to many people who are only now coming into the fantasy genre. Published in 1990, it has been around long enough to stand the test of critics and create millions of fans. 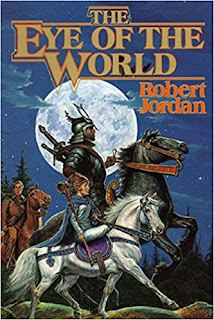 And yet, somehow, I stumbled onto this series only recently (and I'm probably the oldest authors here 😳).

Inspired by Tolkien, Robert Jordan (whose real name is James Oliver Rigney Jr.) set about to create a world equal in authenticity to Middle Earth. His series grew to include fourteen books, the last three ghost-written posthumously by none other than Brandon Sanderson (who had a copious amount of Jordan's notes and outlines to write from).

Okay, okay. Maybe I'm really late to this party. Perhaps I'm The Last Fantasy Author on Earth to discover Robert Jordan. *hangs head in embarrassment* But! I'm not only reviewing the book . . . I'm reviewing the audiobook!

Yes, audiobooks constitute 95% of my reading these days. My theory is: if I have time to sit and read, I should be writing instead. So, I happily multitask by listening to books as I drive, cook, and do household chores. So, if you see a review from me, you'll probably be hearing my thoughts on the performance of the book, as well as the content.

The Eye of the World is superbly narrated by Michael Kramer and his wife Kate Reading (thank you, Google, for that interesting tidbit). Michael brings the many characters to life with everything from baritone buoyancy to affected accents. I was surprised when Kate Reading's voice suddenly chimed in for the first time, as the female perspective didn't come into play until maybe halfway through the book. Even then, her chapters sparsely populate the pages, but she easily matches her husband in putting auditory-flesh to Jordan's characters. At close to 30 hours in length, audiobook fans can be thankful for their excellent delivery.

In epic-fantasy style--that doesn't bog down in detail as much as Tolkien--Jordan brings us a coming-of-age tale with classic good vs. evil themes. When Trollocs--savage half-men, half-beast creatures--attack the village of Two Rivers, three young men and one young girl flee for their lives with a few other superpower-type adults.

Readers follow this core cast into a journey fraught with peril, magic, and definite overtones of a sovereign God who has a purpose for each person.

Rand al'Thor is one of the young men who flees Two Rivers. Revelations cause him to question his purpose--and his very identity--as he learns the truth about his birth. He runs, he denies, he examines. His dreams are often haunted by an evil dude who is reminiscent of the serpent in the Garden asking, "Did God really say ____?" Doubts plague him and his faith in ways that are very relatable.

Jordan is a Christian, and his worldview beautifully flows into this fantastic fantasy without feeling preachy or contrived. His characters have character. His story is one that inspires readers to desire the valor, courage, and faith reflected in each of the young men, as well as several heroic females, who make this life-altering journey to save their world from evil. 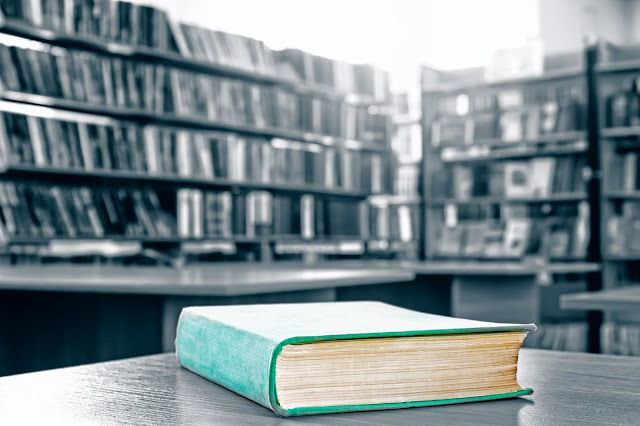 If you love a long, intricately imagined story, this is a book you won't want to miss. And although The Eye of the World is part of a larger series, there's no cliffhanger ending that leaves you frustrated and sucker-punched. It is a good stand alone read, though I daresay it may take you more than one weekend!

Okay, so tell me: am I truly The Last Fantasy Author/Reader on Earth to discover Robert Jordan? Let me know if you've read any of his books and what you think about the world he has created!