My love for audiobooks has recently been revived thanks to an app I discovered on my local library's website called Libby. Hooray for a huge selection of free audiobooks! So today I thought it would be fitting to share my top 3 audiobooks...so far, at least :) 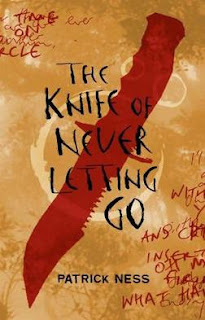 These were some of the first audiobooks I listened to, and they absolutely blew me away! The entire concept behind this series is so fascinating - a world where men's thoughts can be heard aloud, but women's can't. I loved the way it explored so many facets of human nature through both individuals and groups with complex characters, challenging situations, and a balanced perspective. And the way the audiobooks were executed did such a great job bringing the story to life. Each of the three point-of-view characters is narrated by a different actor, which really helped set apart each distinct perspective. After writing all this, now I want to go back and re-listen! 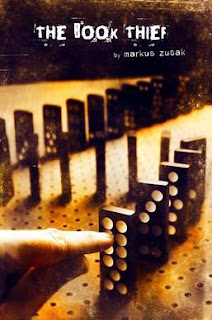 2. The Book Thief by Markus Zusak

This is one of those books I recommended to so many people after listening to it. The story is just beautiful, giving the insights of a young girl as she experiences life in Nazi Germany. I laughed and cried over and over again (which was a bit of a problem, because I mostly listened to it on a bus to and from work!) because it was so real. The characters were flawed but trying to do the right thing, and I could relate to so many of the situations despite living in such a different time and place. What I enjoyed specifically about the audiobook narration is the actor put so much personality into each character and easily wove in the German words that I would've stumbled over if I'd been reading on my own. This is one of those unforgettable books that will continue to stay with me for years to come. 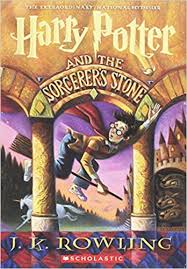 Let me just start by saying that narrating the entire Harry Potter series was no small task! But despite the length, the actor chosen for the job, Jim Dale, never wavered in his enthusiastic performance. He gave every character a distinct voice and brought out every moment of humor and heart throughout the series. I loved that even though I'd already read the books, listening to this interpretation made them fresh again and just as enjoyable as my first time through. My husband and I actually got started listening to these audiobooks after my sister made him promise to read the Harry Potter series, and she succeeded in making a fan out of him as well :) I don't think our 12-hour drives to and from Wyoming have ever passed so quickly or pleasantly than the times Harry Potter came with us!


I also want to give honorable mentions to The Help by Kathryn Stockett (another audiobook where each POV character gets a separate narrator, and they all did a fabulous job!) and any of Melanie Dickerson's books narrated by Jude Mason (the narrator has a gorgeous British accent and does wonderful voices for each character).

How about you? Are you a fan of audiobooks? If so, what are some of your favorites?