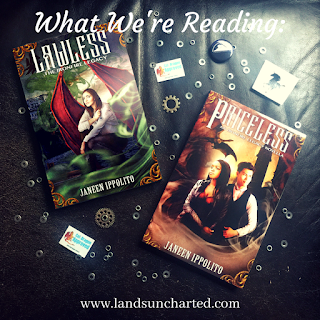 Priceless is book one and half in the Ironfire Legacy, an inventive steampunk series that combines fantasy creatures, super powers, and espionage with a thread of romance. The series is aimed at New Adult readers. 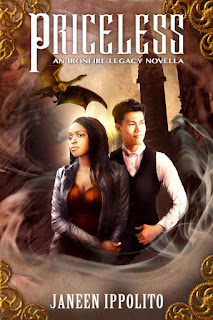 Enchanted by the first book, Lawless, I was eager to return to the world of Sekastra. Priceless draws the reader into the complicated and challenging life of Nula Threadsing, an ambitious double-agent from the first book. Nula now seeks a position on the grand council as the Liason of Dragon Affairs to futher her agenda. But things go awry when she meets the dragon diplomat, Tiers Sunscaler.

Priceless’ gripping plot and bold voice kept the pages turning. Action, intrigue, deception, and a snarky romance between two spies revealed a trove of secrets. A couple of new species in the world of Sekastra were even intoduced.

Priceless is spicer than it’s predecessor and includes a moment of situational humor - a product of the personalities featured in this story. But there’s nothing graphic. It’s borderline PG/PG-13.

What I enjoyed most about Priceless was the opportunity to get to know Nula better. The ambitious and cunning double agent closely guards more than information, so it was a thrill to see her heart and vulnerability. There’s more I could say, but I don’t want to spoil it for you.

Overall, I really enjoyed Priceless and look forward to returning to Sekastra when book two releases this fall.
Posted by K.A. Cummins at 4:00 AM