Ocean lovers, this one is for you. Or really, anyone who enjoys an adventure with likable characters and cool technology.  The Dark Life, by Kat Falls, is classified sci-fi but could also fall into the dystopian category.  The story is set sometime in the future where the ocean has swallowed up much of the land, making it scarce. What is different about this one is that it doesn't go into a lot of details about how the catastrophe happened and the subsequent change afterwards. The author gives just enough clues but doesn't make that the story focus.

What it does focus on is the underwater world and the lives of the people trying to get by. Ty, 15 years old, is the first baby born subsea in the experimental, underwater settlement, Benthic. There on the ocean floor are flexible houses shaped like sea creatures totally built to sustain life. It's hard work for the pioneers, but the ability to have space is worth it for them.

Ty spends his days helping his family and exploring dark places where dangers lurk, to the chagrin of his parents. Ty is also hiding a secret called a Dark Gift. I won't spoil the gift, but it's pretty cool. As useful as the gift is, Ty refuses to acknowledge it because he is worried people will consider him a freak. He already looks a bit different-his skin glows from eating a lot of bio luminescent fish. Topsiders, those who reside above water, already think the settlers are crazy and assume the water pressure is messing with their brains.

On one of his unauthorized explorations, Ty comes across a derelict sub and meets an orphaned topsider named Geema. While inspecting the sub, a feared group of outlaws come to take the sub away. Ty and Geema escape, but the event sends them into dangerous and 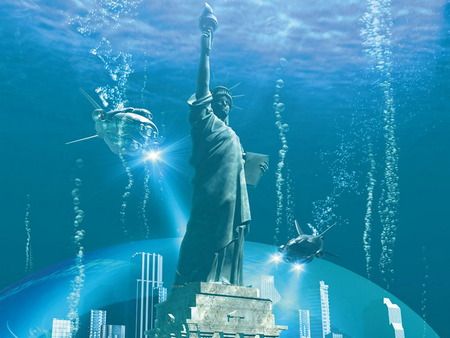 shocking adventure that threatens the survival of Benthic and possibly Ty himself.

Overall, I loved the book and just bought book 2. Ty and Geema are both strong but have distinct weaknesses that give them depth and make them more relate-able. I enjoyed the relationship between the two and how it is blossoming into a sweet, clean romance.

The world building with all the underwater gadgets and technology, especially the houses, is pretty cool.

But don't just take my word for it, check it out for yourself:)
Posted by Julie Kitchens at 4:00 AM