I plan to read numerous books in 2018, but here are my Top 3 fantasy novels to read. 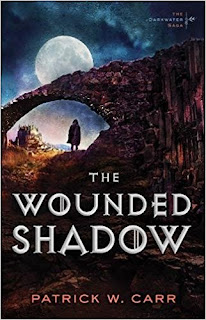 1) The Wounded Shadow (The Darkwater Saga) by Patrick Carr

This is the third and final book of Patrick Carr's The Darkwater Saga series, which I've mentioned before when I reviewed The Shock of Night. I can't say enough how much I have enjoyed Patrick Carr's two series (The Sword and the Staff and The Darkwater Saga) for the writing itself, the characters, the plots, as well as the intriguing questions built into the stories, like what if talents were transferable and could be exceptionally strong? That a pure physical gift could make you almost faster than sight? Or one for trade to make your family exceptionally rich for generations (how would the non-gifted feel about this)? Or what if there was a gift that let you not just see another's memories (and absorb everything they've learned) just by touching them, but keep those in your mind? What would that do to your sense of self to have those memories? Should you use that to get "confessions" from criminals?

There was a shocking revelation at the end of The Shattered Vigil, Book 2, so I am eager to find out what happens in this book, but I have to wait until it releases in April! 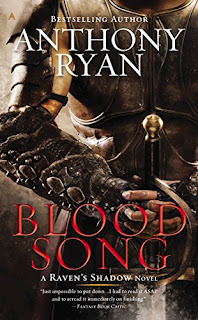 This one is on my list because K.M. Weiland had it on her favorites of 2017 list, and since a well-known writing teacher recommends it, I figured I should check it out. I doubt it will be the light fantasy with romance or LOTR-style book I usually go for, but variety is good, right?

Here's the blurb from amazon.com:
Vaelin Al Sorna was only a child of ten when his father left him at the iron gate of the Sixth Order—a caste devoted to battle. Vaelin will be trained and hardened to the austere, celibate and dangerous life of a warrior of the Faith. He has no family now save the Order.
Vaelin’s father was Battle Lord to King Janus, ruler of the Unified Realm—and Vaelin’s rage at being deprived of his birthright knows no bounds. Even his cherished memories of his mother are soon challenged by what he learns within the Order.
But one truth overpowers all the rest: Vaelin Al Sorna is destined for a future he has yet to comprehend. A future that will alter not only the Realm, but the world. 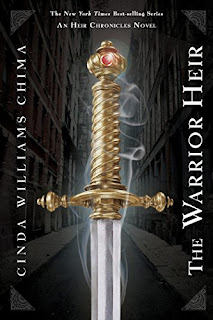 I ran across this series at Books-a-Million last Christmas and the covers caught my attention, so I bought book 1. I think it's time I actually read it.

Blurb: A teenage boy unremarkable except for the scar above his heart and the medicine he must take daily discovers that, when he skips his medicine, he's not unremarkable at all--he's stronger, fiercer, more confident (except when those unexpected bouts of magic occur). He's also now the target of covert society of wizards, enchanters, and warriors. 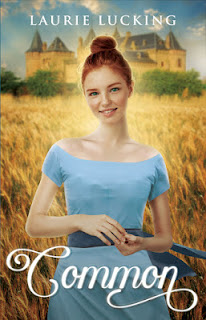 I've actually already read this since I had the privilege of endorsing it, but I look forward to getting my own copy of Common by our own Laurie Lucking to put on my shelf.

What books are you looking forward to reading in 2018? Or what were you favorites of 2017?