All About: Reviews, ARCs, and Beta Readers (Laurie)

Welcome to the third installment of my All About series! In case you missed the first two posts, you can find All About: Cover Reveals here and All About: Street Teams & Newsletters here. 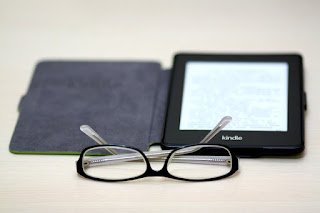 Today, we're talking about reviews! If you have author friends or follow authors on social media, you may have noticed we're always encouraging readers to leave reviews. Sometimes begging. Why is that? Once at least a few people have left reviews of a book, especially if they're good ones, what's the benefit of adding one more?

The benefit of more reviews can actually be huge, even if they lower the book's overall rating. Because Amazon, and I'm sure other book retailers to an extent, uses algorithms.

Think about whatever social media platforms you're on. Certain posts show up at the top of your feed over and over again, while others get buried without ever receiving any attention. As you may already know, that's because sites like Twitter and Facebook use algorithms to figure out which posts are popular. So posts that get lots of likes and comments move to the top, those that aren't getting much reaction disappear into oblivion.

Amazon is the same way! But REVIEWS are the likes, comments, replies, etc. that feed its algorithms. If a book gets lots of reviews, whether long or short, good or bad, that indicates to Amazon it's getting noticed, and Amazon will start to push that book to the top of its "Also bought" or "Recommended for you" queues, which will then get the book even more attention. And who wouldn't appreciate some free help from Amazon promoting their book, right? So authors' pleas for reviews really don't spring from a narcissistic desire to hear what every single person thinks of their book. I promise :) Instead, they're trying to prevent their book from disappearing into the Amazon oblivion.

The good news is, reviews can be as simple as you want! A few sentences about what you liked or didn't like about the book, or what kinds of readers you think the book would appeal to, are all it takes. They can even be anonymous! And the author will love you forever :)

One way that authors generate reviews for their books, especially to drum up some hype before the book comes out, is to distribute ARCs, which stands for advance reader copies or advance review copies (there used to be a distinction between these two phrases - see this post to find out more - but I think at this point they're pretty much used interchangeably). These copies are given out, usually for free, before the book is officially released (hence the "advance"). The author / publisher isn't allowed to require reviews in return for these free copies, but that's definitely what they're hoping for!

As a reader, there are a number of ways to get a hold of advance copies. Some authors hold giveaways, others have a street team that receives ARCs of the author's new books. Advance copies are also given to potential endorsers and to bloggers who agree to review the book as part of a blog tour. In addition, there are companies designed to connect readers with publishers looking for reviewers. I've requested and received several ARCs from Netgalley, but I'm sure there are others, too (for instance, I reviewed an ARC of Katie Clark's Shadowed Eden here, and I'll be posting a review as part of a blog tour on Thursday!). The fun thing about getting an ARC is the opportunity to be one of the first people to read the book, and on occasion even be the first to leave a review :) 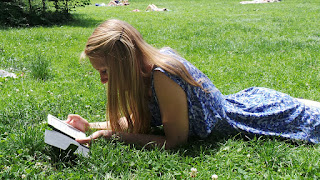 If you spend enough time with authors, you might also hear them talking about beta readers. I'm mentioning this here because beta readers also get a chance to read a book before it's released, but there's a significant difference. While ARC readers are getting a copy of the (almost) finished product of the book, beta readers come in earlier in the process. Authors use beta readers while they're still working on the book, to get feedback and make improvements before the manuscript is finalized. So the downside to being a beta reader is you're not reading a polished copy of the book. The upside is you get to give your opinion and possibly influence the author's editing process! Authors will request feedback from beta readers, often in the form of a survey or questionnaire, to help them find out how the reader is connecting to the characters and what might not be working in the story. Not all authors use beta readers and some choose only their most trusted family members and author friends, but some authors put out calls for beta readers from among their readers! So if you're interested in the opportunity to read a really early copy of a story and like giving feedback, pay attention for announcements from your favorite authors!


That's it for now! Do you typically leave reviews? (If you don't I won't judge, I only started in the past few years!) Have you ever been a beta reader or received an ARC? Would you be interested in the future? Also let me know if there are topics you'd like to see covered in future All About posts!