We are so excited to welcome Sara Baysinger back to Lands Uncharted today! Sara is the author of the Black Tiger series, and we're part of a blog tour celebrating the release of the third and final installment, White Dawn! (You may remember that title from my recent post on my Top 3 Most Anticipated Books of the Second Half of 2017.) Back in April, Sara shared a guest Top 3s post on her favorite dystopian novels, which you can find here. Today she took the time to answer some questions for us about herself and her books! You can find out more about White Dawn below, but first...here's Sara!

I live on a 5-acre field with my husband and two children (and 3 dogs, 3 cats, & 8 chickens…) But I was born and raised as a missionary kid in Ecuador until I was sixteen.


Wow, that's a lot of animals! What prompted you to start writing? Are you one of those authors who knew you were meant to write since childhood, or did it come as a discovery later in life?

No to the second question! I actually hated reading until middle school (when I finally discovered Harry Potter and Goosebumps). It wasn’t until half-way through high school that my love for books was so strong that I wanted to share my own stories with the world. I wanted to create an escape for other teens—stories that would help ease the rough years of high school, like what the books I read did for me.


Your stories absolutely provide an escape, even for adults like me :) Which fictional character (book or movie) do you most relate to, and why?

Probably Hadassah from A Voice in the Wind by Francine Rivers. I read that book over and over in high school. Like Hadassah in the earlier part of the book, I was too afraid to speak up. Too shy to be who I truly was. I admired her character arc and how her courage grew over the years to the point she was changing lives. I always hoped that for myself.


I love that, and I've heard such great things about that book! We’re all about exploring new worlds here at Lands Uncharted—if you could choose one place to visit, real or fictional, where would you go?

Love this question! I just finished reading the A Court of Thorns and Roses trilogy by Sarah J. Maas. I would love, LOVE to visit Velaris and engorge myself on their delicious food!


Yay for delicious food! Speaking of which, do you have any go-to foods or beverages while writing?

Absolutely! In the morning—coffee. In the evenings (when I usually do my writing) I drink Caramel Apple Dream tea. (Which is what I’m currently drinking! :) )


Mmm, that tea sounds amazing! What is one of your favorite writing tips?

Just one? ;) Write what you love, and don’t chase the market. (I know that’s technically two, but they kind of go hand-in-hand). The market is fleeting, but if you write what you love, your heart will be in it and those are the best stories.


I wholeheartedly agree! Now, let’s talk about your latest release, White Dawn! What do you hope readers will take away from this book? 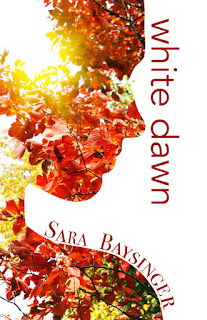 I hope they come away with an open mind and the satisfying feeling of coming home from an epic adventure.


Sounds perfect for a series finale :) What inspired you to write the Black Tiger trilogy?

I’ve always loved the dystopian genre. Divergent by Veronica Roth inspired me to write in a mega-city setting, while Shatter Me by Tahereh Mafi inspired the lyrical writing style (although she does a much better job.) The first nugget that got this series rolling, though, was the mega cavern below Louisville. I went on a tour and saw the simulation camp in the cavern that they would have used during the Cold War, and boom. I had a story.


That mega cavern does sound epic. You have had such a cool set of covers for this series, and you designed them yourself! What did that process look like?

Aw, thank you! Designing your own book covers is hard work! I didn’t realize how much math went into sizing a print book. It was technical and probably my least favorite part of indie publishing, but I did love having full control over every detail on the cover.


You did a beautiful job! Please share a favorite line or passage from White Dawn with us.

Like green, green, green sprouting up in the midst of black, black, black. Like a newborn leaf unfolding from a charred branch. Like life fighting its way back into the world, despite the death that tried so hard to take it down. Like this isn’t the end of the world, but the beginning. 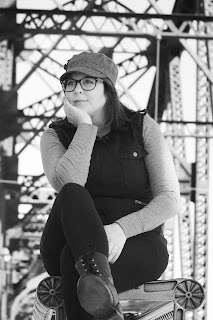 Ooh, I marked that quote as one of my favorites while I was reading! You know what they say about great minds... :) Here's a little more about Sara:

Sara was born in the heart of the Andes Mountains in Ecuador where she spent her early life exploring uncharted lands and raising chickens. She now makes her home among the endless cornfields of Indiana with her husband and two children…and she still raises chickens. Her dystopian novel BLACK TIGER was self-published in 2016. When not getting lost in a book, Sara can be found gardening, devouring chocolate, and running off the sugar-high from said chocolate.


And here's the back-cover blurb for White Dawn:

This is the beginning of a new era.

The slate is clean.

A white dawning has emerged and I'm ready to face the day.

RAIN TURNER has lost the embers that kept his hope burning, and all he’s left with is a raging desire to avenge the love of his life.


I just finished this book a few days ago, so I can say with certainty that yes, it's every bit as epic as it sounds! But make sure to go back and read the first two books in the series first if you haven't already! You can purchase White Dawn here. 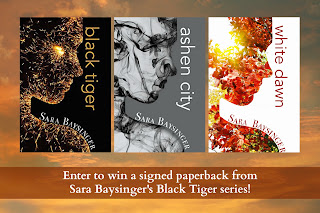 Thank you so much for joining us today, Sara!! Congratulations on your new release!