We are thrilled to welcome Sarah Delena White to Lands Uncharted today as part of the blog tour for her debut release, Halayda! More information about Sarah and her book are included below, but first, here's Sarah sharing her Top 3 Faeries to Meet in Halayda!

Not according to the legends of Ireland, Scotland, and Wales. When creating Kyure (the world of the Star-Fae Trilogy), I delved into Celtic mythology and discovered some very different faeries - the sort you definitely don’t want to encounter on a dark night or a lonely moor! Here are three of my favorites, each of which inspired races and characters in Halayda. 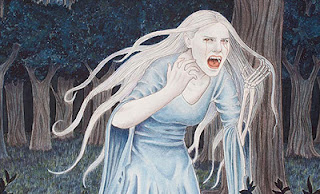 If you hear a piercing wail on the night wind, it means a banshee is nearby. It also means that someone’s days are numbered. These ghostly fairies come out to mourn the dead… before they die. Some legends say banshees only sing when members of the great Irish and Scottish houses pass away, while others say each family has their own banshee. Either way, the eerie mourners are always right!

My banshee character, Sidika, was a surprise—she silently crept into the story and became a major player before I even realized it. In Kyure, banshees’ powers go far beyond foretelling death. Sidika is also an empath and has wind-related powers… and is a legendary assassin in the fae Court. (How does an empath become an assassin? That question will be answered in book two of the Star-Fae trilogy!) 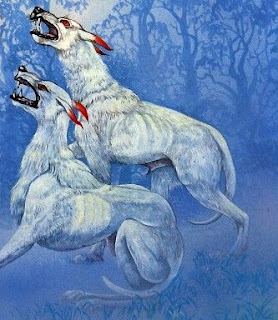 These hounds will run their quarry into the ground, and if you hear one howl, you’re as good as dead. They’re often part of the Wild Hunt, an otherworldly band of fae folk associated with the underworld. But faerie hounds aren’t always what they seem! They will occasionally help people who are in trouble, and if you do one a favor they will return it in kind.

I’ve been intrigued by faerie hounds for years, so I really wanted them to make an appearance in Halayda, but I couldn’t have predicted the role they’d come to fill. It turned out that Sylvie, my protagonist, had a serious soft spot for them. No spoilers, though! ;-) 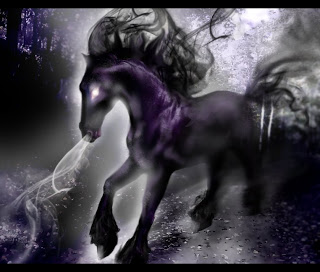 These mischievous fairies are known for their pranks and tricks. They are shapeshifters who can take on a number of forms, but typically appear as a glowing-eyed horse, goat, or rabbit. They’re not necessarily evil, but they like their fun, sometimes to the point of being cruel. Pookas can range from blood-thirsty monsters to kindly creatures who perform random acts of help.

Mischief and benevolence make for an interesting combination, and I wanted a character who embodied both. Enter Zad, a clever, snarky, flamboyant pooka with a secret heart of gold. He’s also the “chief leader and most magnificent lord of all merchants on the black market,” but that’s another story.

So, why tell stories about faeries who are more likely to give you nightmares than grant you wishes? Perhaps because, in a sense, they are real. The myths of the Celtic world were born out of centuries of oppression and hard times—a dangerous world in which death was an ever-present reality. I wanted to honor those stories, while also putting a new spin on them by exploring what really makes something—or someone—a monster. Kyure is a world of danger, but it’s also a place of unexpected hope, and things are rarely what they seem at first glance.


Are you as fascinated by these characters as I am?? Halayda just released on March 23rd, and the Facebook Launch Party is TONIGHT at 8:00 PM EST! Hang out and chat with Sarah and other fans of her book here: https://www.facebook.com/events/132719553915217/


Here's the back-cover blurb for Halayda (which can be purchased on Amazon): 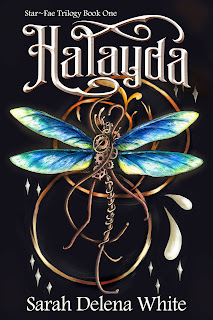 A mortal alchemist. A faerie king. A bond that transcends death.

Betrayed by a trusted mentor, Sylvie Imanthiya hides on the fringes of society, caring for half-fae orphans and trading her alchemical creations on the black market. She lives for the one night each season when she can see her dearest friend—a man whose destiny is far above hers.

King Taylan Ashkalabek knows better than to exchange halayda vows with a mortal. Even their friendship is a risk; love is an impossible dream. Then a brutal alchemical attack poisons his realm, unearthing a dark power within him—and leaving Sylvie with the ancient mark of Faerie’s savior.

Manifesting unpredictable abilities and aided by allies with their own secrets, Sylvie and Taylan journey into the wilds of Faerie to heal the damage and confront Casimir, an invincible star-fae determined to claim the realm as his own. But only their enemy knows Sylvie’s true capabilities—and Taylan’s weaknesses—and how to use them in his vicious schemes.


Her fate is life. His fate is death. With Faerie in the balance, Sylvie and Taylan must stand together before reality as they know it is destroyed. 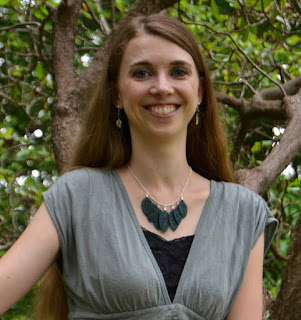 Sarah Delena White was raised by wolves in an alternate dimension. She writes eclectic speculative fiction that reworks mythology with a fine balance of poetry and snark. She’s an experienced world traveler who loves to weave world folklore and ancient concepts into vibrant, original story worlds. She is also the Benevolent Firebird (acquisitions editor) for Uncommon Universes Press. When she’s not writing or editing, she can be found making jewelry, singing Irish ballads, drinking tea, and working a variety of odd jobs. She can be bribed with dark chocolate.

Thank you so much for joining us today, Sarah! Halayda is next on my to-read list, and I can't wait!! Congratulations on your new release!