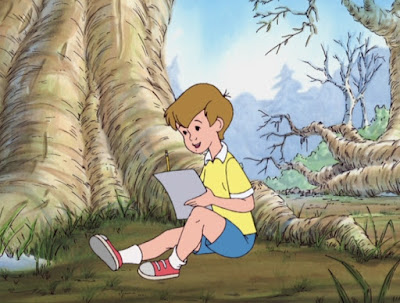 I know some of our blog members and readers are in the oh-so-painful querying stage, and as I prepare to send a couple of queries, myself, I thought I would pass along a few tips I have learned. I've yet to have a successful query, but my failures have taught me some things. And though I've heard many contradicting "rules" of effective query writing, I've also heard some general consistent guidelines that make sense.


Although I'm not a professional, I've attempted to illustrate the main points with some goofy examples. Take them with a grain of salt, and please check out some useful resources at the end of this post for much better illustrations and more information.


1. Address a specific agent or editor and open your query as you would a business letter.
Example
Dear Ms. Demeanor:


2. Connect with the agent or editor, if possible.
Examples
Last April, I sent you my young adult fantasy story entitled PRINCESS SALAMANDER, and you
recommended I work on the plot structure and contact you again.


We met at the 2016 SCBWI conference in Los Angeles and discussed our mutual appreciation for
competitive dog grooming.


I read your recent blog post on action stories and strong female characters, and I think you would
enjoy a young adult story I have written.


3. State the title, genre, and word count of your story along with a one-sentence hook.
Example
I have completed a 90,000-word young adult fantasy novel entitled PRINCESS SALAMANDER,
in which an adopted princess discovers she is descended from her family's ancient enemy and must
choose a side.


4. Avoid phrasing your hook as a question.
Example
Instead of: What would you do if you discovered your parents were salamanders?
Try something like: An adopted princess learns she is a magical being descended from family's
sworn enemy.

Try studying various hooks from commercials and movies. One of my favorites is: "A family comedy without the family." Can you guess what film that's from?


5. Include two comparison titles. These are most effective if the agent or editor has worked with the titles.
Example
Fans of [author's] [TITLE] and [author's] [TITLE] would enjoy its themes of identity, family
loyalty, and humor.


These are tough, in my opinion. Check out some great advice and further explanation here.


6. Include a brief synopsis in which you discuss the main character's conflict and reveal how it is resolved. This could sound like jacket copy but with the ending disclosed.
Example
Hortense has it made at the palace as the adopted daughter of the royal family, but she has always
wanted to know about her past. Then on her fifteenth birthday, she unexpectedly transforms into a
salamander and realizes she is from a line of sorcerers who, upon adulthood, gain the ability to
mutate into amphibians at will. Specifically, the Salamander clan is the sworn, life-long enemy of
the royals. Hortense must learn to control the physical changes she faces and determine where her
allegiance lies, all while trying to keep a human-sized-amphibian of a secret from her loved ones.
But she can't keep the secret for long. While saving a member of the Salamander family from an
attack, Hortense suffers a life-threatening injury, and the two families come together in support of
the daughter they both love as she recovers.


7. In a brief bio, share the credentials and relevant experience you DO have.
Example
I am a high school English teacher and once had a pet salamander. I received my MFA in
children's literature from Hamline University and actively participate in the SCBWI and a writing
group.


8. Include the number of sample pages the agent or editor requested in his or her submission guidelines and state this in the letter. Be sure to follow exact specifications of how the agent or editor would like to receive the material (unless they only accept queries).
Examples 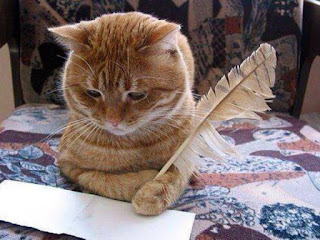 I have included the first two chapters of PRINCESS
SALAMANDER along with a self-addressed
stamped envelope.

Below, I have included the first 10 pages in the body of this
email per your submission guidelines.


But, no joke, be gracious. Someone is taking the time to read your letter and work sample.


10. When to move on...
I have to share an embarrassing story. When I first started sending out my second manuscript, I would submit a revised sample once or twice a year to my favorite publisher because they kept rejecting it. They always responded politely and even provided specific feedback a couple of times until they altogether stopped replying. I got the hint and was so ashamed when I realized I had done something you should never do when querying--push. "No" means "no" unless the publisher or agency has invited you to resubmit revised material or has taken the time to provide suggested revisions.


If someone hasn't replied to your query in the amount of time their submission guidelines suggest they will, it's a good idea to politely follow up. But if they respond with a denial or don't respond at all after your nudge, leave it at that.


I have noticed some agencies that say if six months have passed since they rejected your manuscript and you have significantly revised it, you may send them another query for the same work. Otherwise, it's okay to move on and give someone else the chance to get back to you with the enthusiasm you and your project deserve.


11. KEEP QUERYING.
Rejection is hard. It hurts, even when it doesn't make sense for it to. We all know this in some way. Think of someone you know well who is a really great person and you think is fantastic but you're not romantically interested in them. You just aren't. That SOMETHING isn't there for you because you're not a good match for each other or you've already found the romantic partner that's right for you. If that person asked you to date them and you were listening to your heart, you would say...no. Right? Otherwise, you would be leading them on and not doing a service to either party. There's nothing wrong with that person, and the right romantic partner is out there for them. Just like the right agent and/or editor is out there for you. That could mean you want to self-publish and be completely in charge of your own work and find great success in taking that route.


In my own recent experience, as an example, I usually plan to query and then I stall. When I finally get up the nerve, I have my list of favorite agents so I'm ready to send the next letter after I get the first rejection. But as soon as those first couple of rejections roll in, I put off querying again until another year has passed without sending that third letter. I stop trying. Sometimes this is a good thing. In my case, it allowed me to improve the work in the meantime. You have to decide when you feel you've accepted enough feedback from beta readers and have identified and fixed the big problems and YOU LOVE THE WORK the way it is, having taken into consideration all that feedback. You must also decide that you are ready to begin querying because you've found some great agents or editors with whom you would truly like to work--to sign those rights over to, should they see the work as a match for themselves as well. That agent will be your book spouse. Don't pick just anyone.


Once you've reached this point with your book and your list of agents or editors, stick to it. When--if--the first rejections come back, have your next couple of prospect's queries ready to go. So while you are sad and hurt and want to cave in on yourself in defeat, despite those feelings, you will also be sending out a little hope into the world, an opportunity for yourself. Without those chances, we don't move. WITH those chances, amazing things happen. Here are some to think about. 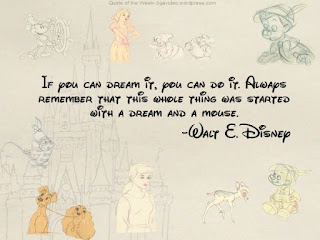 If JK Rowling had stopped after 12 rejections, there
would be no Harry Potter.

If Jack Canfield and Mark Victor Hansen had stopped
after 140 rejections, there would be no Chicken Soup
for the Soul books.

If Walt Disney had stopped after 302 rejections, there
would be no Disneyland.


Hang in there. Believe in yourself. If your heart is in it, you're on the right path. Keep at it, and good luck!


What have you found to be successful in your querying experience? If you have an agent or editor or you've received positive feedback, what tips would you share?


Other recommended books on craft to read before querying:
Becoming a Writer, by Dorothea Brande
Bird by Bird, by Anne Lamott
On Writing, by Stephen King
Plot Versus Character, by Jeff Gerke
Second Sight, by Cheryl B. Klein
Self-Editing for Fiction Writers, by Renni Browne and Dave King
Unless it Moves the Human Heart, by Roger Rosenblatt
Writing Irresistible Kidlit, by Mary Kole