This being a YA Fantasy blog, it’s no surprise that we’ve discussed what elements make a great fantasy world and how to craft our own fantasy world. Today, we get to explore some of my favorite speculative worlds—in no particular order. 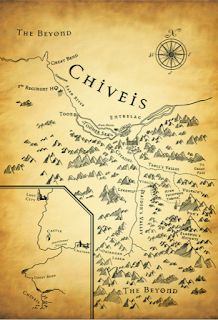 3. Chiveis from Chiveis Triology by Bryan M. Litfin
“Four hundred years in the future a deadly virus and colossal nuclear war have destroyed the modern world. Surviving societies have returned to a chivalrous age of swords and horses.”

It’s a post-apocalyptic future combined with a medieval fantasy. Throughout the book, we see signs of a past civilization—our civilization. I love the culture and the geography. The author very creatively invents a false religion, lead by a priestess. The story is about the re-discovery of Christianity. In later books in the series, we get to see other parts of the world that are just as exotic and refreshing as Chiveis. 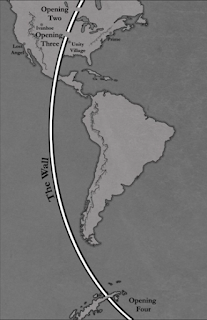 2. The World from the Out of Time series by Nadine Brandes
Welcome to earth in the future, where clocks given by the government accurately count down the days you have left to live.
As Parvin, the main character, travels across the world, we get to sample a variety of different cultures. We see Albino people with pale skin, white hair, and purple eyes. They live strictly by the eye-for-an-eye and tooth-for-a-tooth rule… when it comes to plants. If you snap a tree limb off, the penalty is you get your limb snapped off.
Then there’s Ivanhoe, with its domed city, advanced technology, and tightrope transportation. The author’s writing is vivid, so you get to experience everything alongside the characters. 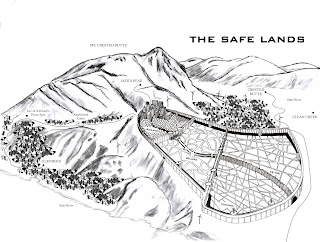 1. The Safe Lands from the Safe Lands series by Jill Williamson
This is yet another future-earth, dystopian world. The Safe Lands is a walled city made to protect people since the plague destroyed the world’s population generations ago, though nearly everyone living there is infected with the plague. They use special paints to hide their flaking skin, and the majority of the people there live for pleasure to distract themselves from the fact that they’re dying. The main story is about people from the Safe Lands kidnapping outsiders, so they can have uninfected babies. The mothers of these babies are idolized and given everything they could want, except for their freedom.

While I definitely wouldn’t want to live in these worlds of false religions, death clocks, and plagues, I found they were intriguing and really enhanced the story experience.

What are some detailed story worlds you’ve read about? What are your favorite speculative worlds?